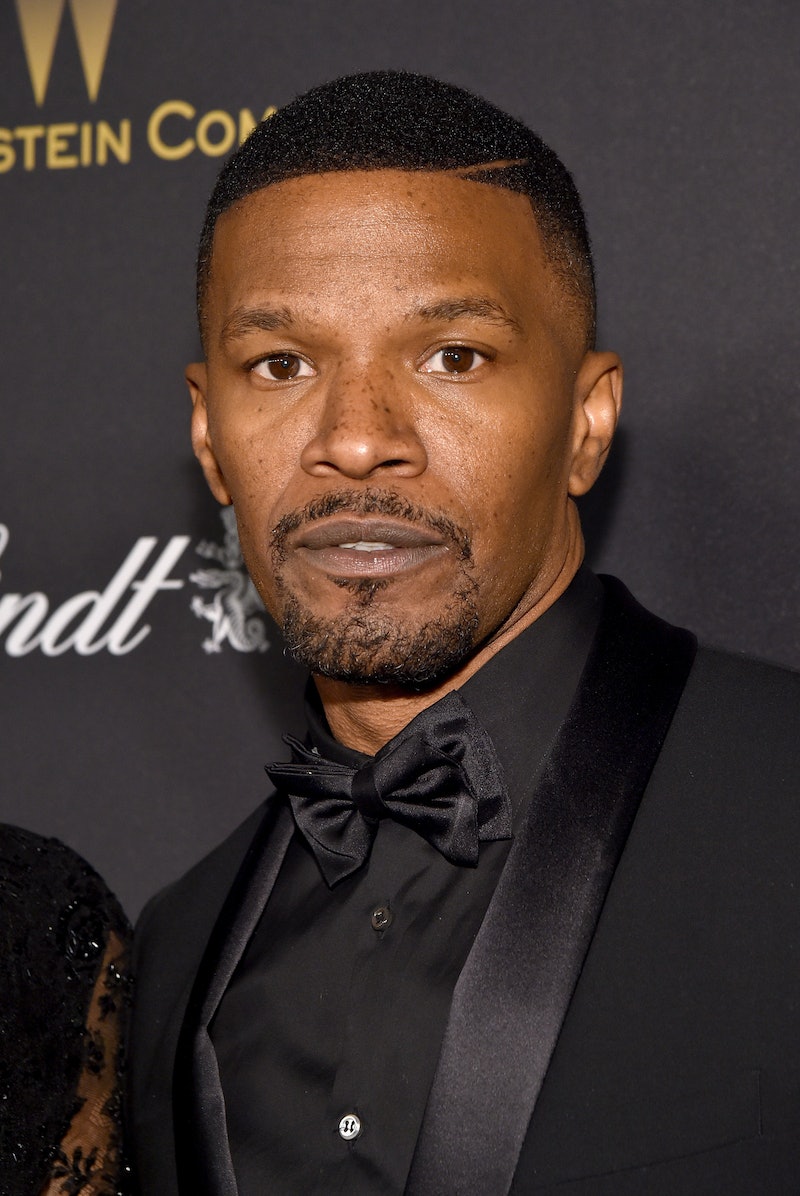 Just because celebrities sometimes play heroic figures in film or on television doesn't mean they aren't also real-life heroes. Life imitates art more than you think. This may surprise some, but there are many celebrities who have saved someone's life — and not just when they were acting. Several celebs have literal saved lives and rescued someone in need out of the goodness of their own hearts. Basically, the famous faces listed below are the superheroes you never knew the world had.

Not everyone would risk their own life to save someone else — of even lend a helping hand, really — so that's why these celebs are worth noting. Some might think musicians, movie stars, athletes, and every other public figure out there is super vain and only thinks of themselves, but that's not always the case.

Now, when it comes to the celebs below, they really went above and beyond to help someone. I'm not talking about an actor helping someone up who was slipping on ice or a singer touching someone with their words. These famous rescues are legit, badass moments. I mean, when a celeb pulls someone out of a burning car, yeah, that's truly heroic.

In January 2016, People confirmed via Foxx's rep that the Oscar-winning actor pulled a man out of a burning vehicle. Apparently, the driver crashed outside Foxx's home in Hidden Valley, California, and then his car burst into flames. Thankfully, after calling 911, Foxx was there to help the man, who reportedly suffered burns and was also rushed to the hospital.

In 1996, the NCIS star pulled two teenage boys from a burning car that crashed near his home in Brentwood. With the help of a sledgehammer, Harmon was able to smash the windows and save both boys. "Mr. Harmon broke out the car windows and pulled the boys to safety," Brian Humphrey, a Los Angeles Fire Department spokesman, said. "The youths owe their lives to the action of Mr. Harmon," he said.

In 2013 (17 years after the accident), Harmon and one of the accident victim's, Colin Specht, spoke about the incident. "I owe everything to him," Specht said. "There’s no way I can repay him, except for pay it forward, and I try to do that in my life."

Basically, Lawrence is like her Hunger Games character, Katniss Everdeen. In 2012, Lawrence found a woman passed outside of her apartment complex. While waiting for emergency responders to arrive, J. Law, along with several other people, sat with the woman and made sure she was OK. At the time of the incident, Sergeant Richard Lewis of the Santa Monica Police told Us Weekly, "Miss Lawrence and several others waited beside the female until the police and paramedics arrived. It was not serious and the female will be OK."

On multiple occasions, Cruise has been a real-life hero. In 1998, he helped his London neighbor, Rita Simmonds, who was being mugged. "Tom was brilliant. He rushed down the road with his bodyguards and chased the attackers away," Simmonds told the Evening Standard. Previously, in 1996, the Mission Impossible star helped a 23-year-old woman who was hit by a car on her way to catch a bus in Santa Monica. Not only did Cruise have someone call 911, but he followed the woman to the hospital, where he paid for $7,000 for her emergency room bill after learning she did not have insurance.

In 2014 while at a party the night before the AT&T Pebble Beach National Pro-Am, Eastwood performed the Heimlich maneuver on the tournament director Steve John. That's right, Dirty Harry himself saved him from choking. John told the Associated Press, "I was drinking water and eating these little appetizers, threw down a piece of cheese and it just didn’t work. I was looking at him and couldn’t breathe. He recognized it immediately and saved my life." He added, "I can’t believe I’m 202 pounds and he threw me up in the air three times."

Ever hear about that time Oscar-winning actor Kate Winslet rescued Richard Branson's mother from a fire? It was in 2011 at Branson's private residence in the British Virgin Islands, when a fire broke out and Winslet came to his mother Eve's rescue. "My mum is 90 and can walk, but it was more just to speed the process up than anything else," Branson told The Telegraph. "But anyway, she was great. She swept her up into her arms and got them out of the house as fast as possible."

As for Eve, she told The Observer in 2014, "Anyway, I’d just about got outside and the rain was pouring down and I didn’t have my contact lenses in, but I was making my way out and Kate and her two children were behind me. Then she just sort of picked me up and took me down four steps and that was it. I’m sorry, I can’t make a story out of it." She continued, "I suppose I might have been a bit slow for her."

In keeping with his Star Wars character Han Solo, Ford is also known for his heroic ways. In 2001, a 13-year-old Boy Scout got lost outside Yellowstone National Park. Naturally, Ford flew his own helicopter as part of the search and rescue mission. As you might've guessed, he and another searcher spotted the young boy.

He really is royally fantastic. In 2012, Prince Harry helped a fellow polo player, who was knocked off his horse and fell unconscious to the ground. Thanks to his training in basic trauma care from his time in the British Army, Harry flipped the polo player so his mouth pointed downward as to prevent choking and then massaged his neck until he came to. Yep, he really is a knight in shining armor.

As if his biggest fans didn't love him enough already, in 2012, Ryan Gosling saved a woman from getting hit by a cab in New York City. The woman tweeted about the moment straight from a romantic comedy, but, you'll be sad to know that Gosling did not say, "Hey, Girl!" However, he did say, "Hey, watch out!"

Country singer Brooks saved two boys from a house fire in Oklahoma. In 2003, he spotted a house on fire near his in-laws' home, so he went over and knocked on the door to tell whoever was inside to get out. He ended up saving two brothers, who were 10 and 14 at the time.

In 1997, and before he was singing in Phantom of the Opera, Butler saved a young boy from drowning. While picnicking with his mother in Scotland, a boy screamed that his friend was in trouble and Butler jumped up to the rescue. "I wouldn't call myself a hero," he said. "I just acted instinctively. When I brought him out he was lifeless. I'm just glad he's all right now." Butler was also awarded a certificate of bravery by the Royal Humane Society of Scotland for his heroism.

Similar to his Grey's Anatomy character, Dempsey saved a teenage boy whose car flipped near the actor's home in Malibu in April 2012. Just like McDreamy would do (and did), he used a crowbar and a fire extinguisher to pull the boy out of the car. Can you imagine being saved by Patrick Dempsey?

According to The Sun, in 2004 while hiking Runyon Canyon in Los Angeles, the Bridget Jones's Diary star helped a fellow hiker who slipped. Apparently, the female hiker "had collapsed and tumbled down the hillside." Reportedly, Zellweger went to the woman's aid, while her personal trainer sought out help.

Just like pretty much all of his characters, Vin Diesel risked his life to save a family by pulling them out of a burning car in 2001. While in Hollywood, Diesel saw a car crash and ran over and saved the family before the car went up in flames, People reports.

There you have it. Celebrities can not only pull of heroics on the small and big screen, but being a hero looks good on them in real life, too.