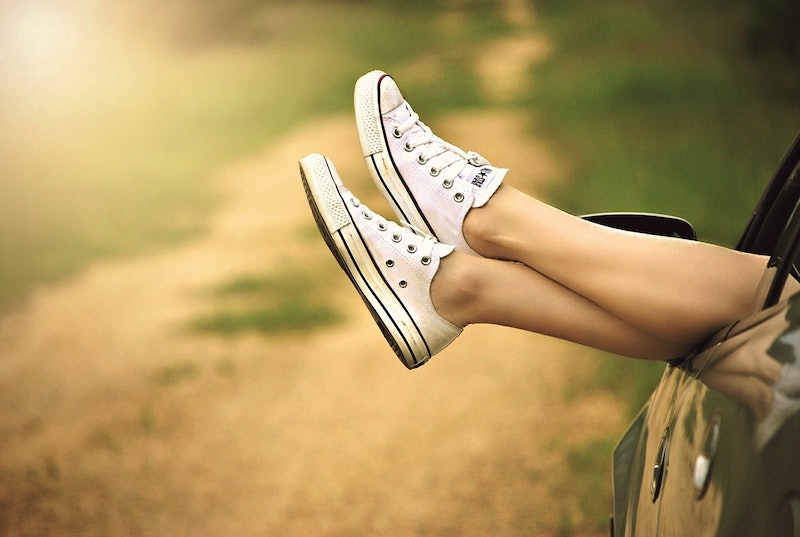 If you’re someone who has a really stressful and fast-paced job, chances are you’re constantly on the lookout for tricks to wind down after work. I know from experience in past jobs that sometimes it can be incredibly difficult to disconnect from work and completely unwind. I believe this goes for many careers. Come to think of it, I’ve even felt this way at times when working at seemingly stress-free jobs. Much of this might have to do with the age of the Internet, and feeling like we’re always connected to our jobs at all hours of the day, even when we’re not sitting at our desks.

For other jobs that don’t involve a ton of work emails (e.g., a nurse) the stress of the actual job alone could be taking a toll on the mind. I’d imagine it’s a great feat to unwind after a day of physically tending to injured or dying patients. Removing the happenings from day and clearing one’s mind after those sorts of jobs can likely be more than daunting. No matter what the job is, though, there are ways to help ourselves in separating what happened during the day with our evening downtime, and recharging for the next day. From taking a power nap to having a glass of red wine, these little tactics can make you feel like a new and refreshed woman.

Here are seven tricks to successfully wind down after work. I’ve personally tried all of them following stressful workdays, and can attest to this — they definitely prove helpful.

In college it’s likely many of you ladies out there took naps on the reg. However, now in adulthood you might not even consider them an option. Before you write off naps as a childish habit, get this — some of the most successful business people in the world swear by them, according to AmericanExpress.com. For instance, consider Brian Halligan, CEO of marketing and sales platform HubSpot, who is a major fan of naps as a means of recharging. Halligan even added a nap room at one of HubSpot’s offices for employees. According to Halligan, naps make his employees happier and more productive. That said, if you have about 20 minutes between work and having to cook dinner for you family (or whatever other evening obligation you might have), try to squeeze in a little cat nap.

2. Break Out The Bubble Bath

I was recently on vacation with a family friend who’s a nurse in the ER. Her days are filled was endless amounts of stress. She sees things in a single day that most people won’t encounter once in their lifetime. We were discussing how she transitions from the high-pace stress of it all after work, and she relieved her #1 favorite tactic: Taking a bath. According to the Herald Sun, if you’re looking to distress after work, try a hot bath with a handful of magnesium-rich Epsom bath salts. The outlet suggested also adding a few drops of lavender oil as well, which can boost stress-relief.

There’s something to be said about dancing — especially when it comes to relieving stress and helping us unwind. According to AmericanExpress.com, UsersThink founder and CEO John Turner considers dancing the best way to wind down. Turner said he tries to carve out time in the evening to attend nearby dance events to help him refresh and come up with ways to solve problems.

Pick some music you love to dance to and get to it! For those out there who are been trying to deny their love for the Biebs, this is your perfect excuse to cave. If you're in the NYC area, I've heard a lot of great things about these awesome dance classes at Broadway Bodies that will actually teach you the "Sorry" dance routine (and they offer many other options too).

4. Have A Glass Of Red Wine

If you’re someone who swears by the tactic of having a glass of wine to unwind at the end of a long day, you’re not alone. This has been a commonly held theory for years for a good reason… it’s true! As reported by Today.com, a glass of wine can help you chill out. In the article, Jacob Teitelbaum, M.D., board certified internist, said, ““Drinking wine—and alcohol in general—is one of the most time-honored ways for disconnecting our brains at the end of the day… This has been documented for over 5,000 years, and there’s a good reason for its persistent popularity.”

Why is this? In the same article, David L. Katz, M.D., founding director of Yale University’s Prevention Research Center, said, “Alcohol, including wine, calms transiently because it is a central nervous system depressant.” In layman’s terms, it has a sedating effect on our bodies. Katz suggested one glass of wine, which will allow for a calming effect without impairing sleep. When choosing the type of wine, go for red. According to Teitelbaum, red wine contains resveratrol, which may help decrease the risk of Alzheimer’s and could increase your life span. Looks like red wine can literally better your life — woo!

5. Play Fetch With Kim Kardashian West (Or Whatever Your Dog’s Name Is)

I just renamed my dog Kim Kardashian West (because, why not?), so now I play fetch with Kim K every day after work — and you should do the same with your pup if you’re looking to distress. WebMD reported research that found owning a dog could reduce blood pressure and stress hormones.

If you don’t have a dog, spend time with whatever pet you do have. According to WebMD, spending time with your pet — whatever it may be — can reduce built up tension and improve your mood. No pets in your house? Swing by and visit a friend or family member’s pet to achieve those positive effects to your post-work stress level.

6. Turn Off Your Work Phone & Email

How can one possibly expect to fully wind down after work if they’re still checking their phone constantly for calls, texts and emails related to their job? The process of unwinding is not going to go well if you can’t separate yourself from your devices for at least a little while. The Huffington Post suggested setting a rule for yourself that you’ll have at least 60 minutes of technology-free time before you go to sleep every night. According to the outlet, this means not checking email or social networking. Not only will this help you to fully unload the brain from the day, it will also help to improve the quality of sleep you get that night.

According to the Herald Sun, journaling — or the process of writing down “events of the day that caused you emotional or psychological turmoil” — will serve as a good way of coming to terms with your feeling, in turn making you feel much better. On my end, I tend to write out the stressful things that happened in the day, but I also end with a list of five good things that happened that day, too, even if I have to really stretch for them. Personally, it helps keep my mind positive, and it could be helpful to you in this way as well.

As you’re leaving your office each day this week, keep these tricks in mind. If you try and stick to them you might quickly find yourself in a much happier, calmer and more stress-free state of mind, even following the most hectic of workdays.