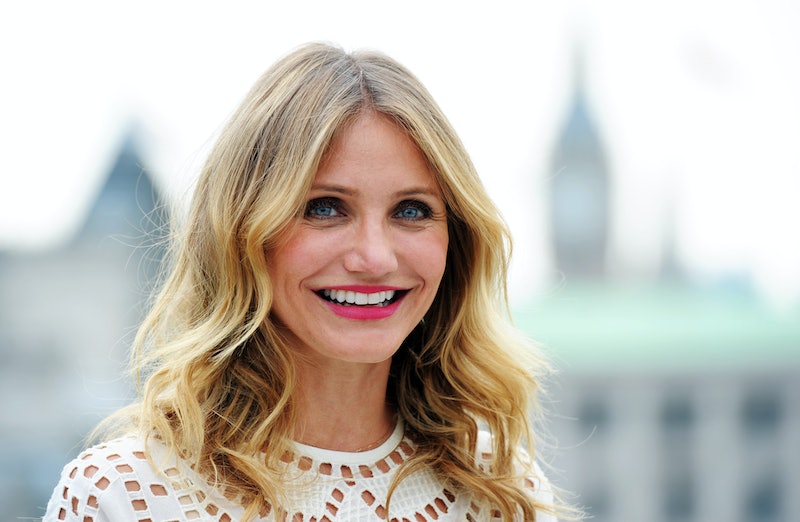 One celebrity self-care category that is talked less about is their sweat habits. Sorry what was that? You don't lie awake at night wondering about celebrities sweating habits? Well color me surprised because there are some juicy details out there. Like, did you know that a lot of your favorite celebs don't wear deodorant at all? The sweaty (read: hormonal) 13-year-old in me who had a deodorant in her bathroom, her bedroom, her backpack, and her school locker can't even fathom that some humans would choose to not wear that sweet smelling stick but alas, they exist.

I admit that I'm as guilty as the next person for obsessing over celebrity body care secrets. Maybe it's because we all believe that by following a few simple tricks we too can look like Hollywood's biggest stars, choosing to ignore the fact that they have personal trainers, facialists, maybe plastic surgeons and definitely photoshop. Whatever the reason it seems we always follow the click bait to Kylie Jenner's makeup routine or Beyoncé's anti-aging tricks only to find five new products that we absolutely must have in our Sephora.com shopping carts.

Deodorant has become a bit of a controversial product over the last few years, with claims of the antiperspirant ingredients like aluminum causing breast cancer (which have yet to be confirmed) causing some people to opt for natural deodorants as an alternative. But if you're really are against antiperspirants as a whole, maybe these celebrities should be added to your list of role models.

Diaz told E! News that she hasn't worn deodorant for almost 20 years, claiming that wearing antiperspirant is what makes us smell in the first place. She even says that men should forgo deodorants as well and instead just trim their armpit hair to keep the stench at bay.

Roberts is all into the green movement, including skincare and body care. According to the Huffington Post, when asked if she used natural deodorants in an interview with Oprah the star revealed that she has never been a big deodorant user. I still refuse to believe she smells like anything but sugar dipped roses.

In an interview with Esquire, Cooper revealed that he does not wear deodorant but does typically take two to three showers per day. I'm sure that Bradley Cooper's natural musk is pretty sexy on its own anyway.

On an episode of Kourtney & Kim Take Miami, Scott was venting to Khloe about Kourtney taking on a more natural lifestyle while raising her kids. Khloe presses Scott for info on why Kourtney's B.O. is worse than normal and he reveals that she's stopped wearing deodorant because she thinks it's bad for breastfeeding. Perhaps she has recommenced wearing deodorant since post-nursing!

According to a story in New York Magazine's The Cut, after his contract with Chanel No 5 was up Pitt left the world of synthetic fragrances. Included in this fragrance purge apparently was leaving the world of deodorants behind. Apparently his wife Angelina Jolie even said that the kids started calling him "stinky daddy."

McConaughey has been a long time au natural fragrance man. According to Elite Daily, he doesn't wear deodorant or cologne which has lead to some complaints from costars.

Woodley is famously a fan of what one might called a crunchy granola lifestyle. InStyle published an article on many of her DIY beauty products, including her deodorant recipe. So while she does technically wear deodorant, it's not the stuff you'd find at the store.

To all the celebrities living the deodorant free life, power to you. But I think I'll stick with my powder fresh underarm bliss.