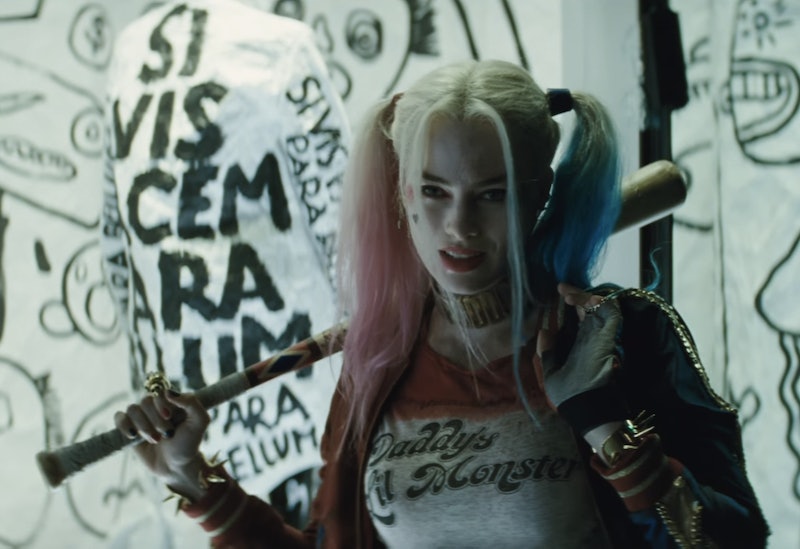 Margot Robbie's Harley Quinn was the Halloween costume of 2015, which is why it's insane that we still have eight more months until Suicide Squad actually hits theaters. But don't worry, Warner Bros. on Tuesday released a new Suicide Squad trailer that'll definitely give you a taste of what crazy adventures lie ahead for your favorite bad-guys-gone-sort-of-good (though Harley wants you to know that they really are the bad guys).

Brilliantly set to Queen's "Bohemian Rhapsody," the trailer reintroduces the motley crew of anti-heroes who are recruited to use their evil talents for good. From Harley to Deadshot to more than just a glimpse of Jared Leto's metal-head Joker, you learn that the dirty underbelly of Gotham's streets is actually pretty funny. Makes you wonder whether Batman just doesn't have a sense of humor when it comes to insane criminals he's vowed to put away.

Don't forget, Suicide Squad is set in the same DC universe as Superman v. Batman: Dawn of Justice is, and how these two films will later converge is still a mystery. But the chance of one day seeing Batfleck go toe-to-toe with Joker and Harley is just an added bonus to what will probably be the most exciting comic movie to come out this year.