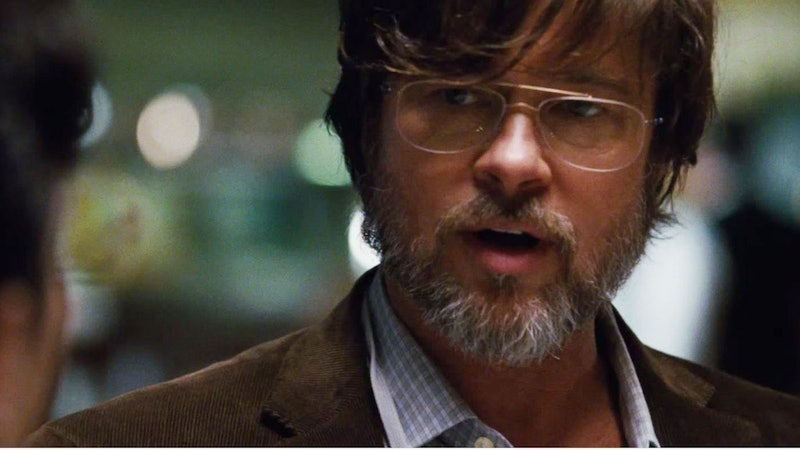 America has come a long way since the 2008 financial crisis, and the country's housing markets are on track to have its best year since before the recession. But it's clear that things are hardly a distant memory. Nominated for five Oscars, The Big Short offers a different look at the subprime mortgage crisis that nearly dismantled the American economy, and the film's final warning that history is set to repeat itself has spurred outrage at how little progress we may have actually made. So, what are bespoke tranche opportunities, and why is the film worried about them?

According to Bloomberg News, a bespoke tranche opportunity is just a fancy new word for what was formally known as a CDO, or a collateralized debt obligation. For years, investment banks put together packages made up of thousands of mortgage loans to sell them to the highest bidders, and buyers happily picked them up because they promised high returns. But during the mid-2000s, these CDOs were increasingly filled with bad loans, aka subprime loans, that were incorrectly given stellar ratings and peddled off as good investments. As risky homeowners failed to pay their mortgages, the value of the CDOs collapsed, making investors unable to pay back the loans they borrowed to buy the CDOs in the first place. This triggered a ripple effect that caused the U.S. economy to spiral.

After the 2007-2008 financial crash, CDOs had a bad rep, which is what led to a rebranding of sorts. According to Bloomberg News, the CDO is making a comeback, only this time it's under a different name: a bespoke tranche opportunity.

The Big Short takes place in the years leading up to the 2008 financial crisis, only it's through the lens of different finance guys (who take pride in being sort of anti-Wall Street crusaders) who noticed these bad CDOs before anyone else did and began to short the housing market. In other words, the "big short" was them betting hundreds of millions of dollars that the housing market would fail. It's a weird story because you end up rooting for them for wanting to stick it to the banks for screwing America over, when in reality, they're betting that people across the country won't pay their mortgages and will ultimately lose their homes.

And they were right. More than 1 million people lost their homes in 2008, with the number of foreclosures spiking 81 percent that year. There are literally ghost neighborhoods of foreclosed homes that remain unoccupied.

What makes The Big Short so relevant a decade later is the fact that the country could be experiencing déjà vu, and a costly one at that. So be on the lookout for that bespoke tranche opportunity and be wary of what might really lurk inside.

More like this
What Is Miles Teller’s Net Worth? The 'SNL' Host's Bank Account Is No Joke
By Meg Walters
How Much Are The 'Schitt’s Creek' Stars Worth?
By Hugh McIntyre
Twitter Can’t Handle Liz Truss & Kwasi Kwarteng’s Drastic Tax Cut U-Turn
By El Hunt
'Survivor' Host Jeff Probst's Salary Per Season After 22 Years Is The Real Winner
By Hugh McIntyre
Get Even More From Bustle — Sign Up For The Newsletter