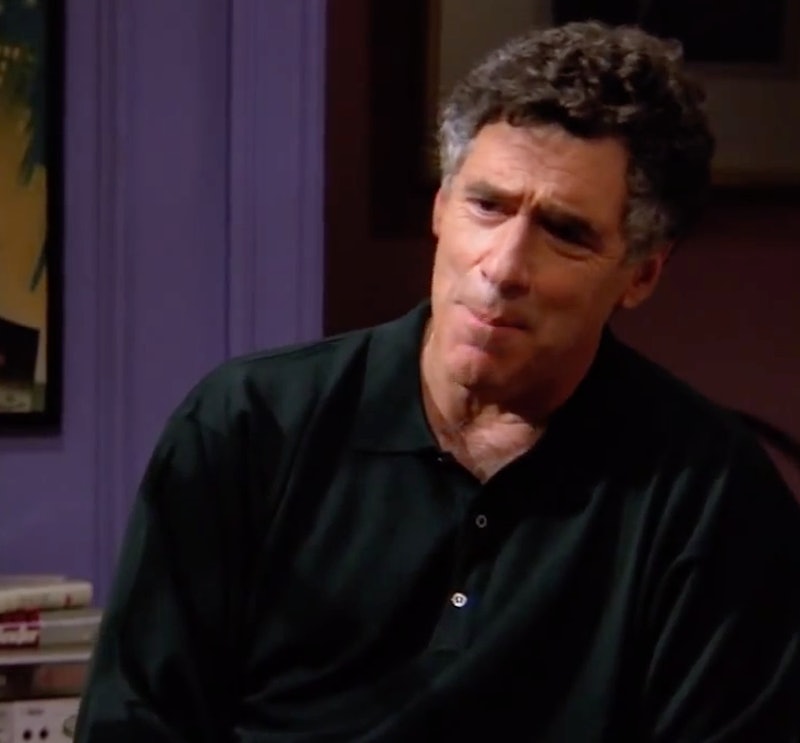 Though they may not have been on the show often, in my humble opinion, one of the best aspects of Friends is the all of their parents. Yep, every single one of them, in all of their glorious dysfunction and terrible parenting, are wonderful. Thankfully Friends is a sitcom, so we can laugh at all of their missteps rather than be genuinely concerned for all of their offspring's mental health. And, you know, on a shallow note, we can admire just how much the actors who portrayed them resembled their fictional children and how well those fake genes have managed to stand the test of time.

It’s been over two decades since the show premiered and over one decade since the finale made us all cry, and that means it’s been quite a while since we’ve seen some of the Friends parents. So, to sate my nostalgic heart and quell my quarter life crisis, I’ve decided to do a little digging and unearth old pictures of the Friends parents, but also catch up with them in pictures from recent years. OK, so I may have shed a tear or two in the process. Sue me, it was just nice to see them again after all this time.

Ah, Judy Geller. She garnered great laughs but also a lot of ire for her dicey relationship with Monica. But, Pickles isn't actually Geller, so I can forgive her. Plus, she's looking as fine as ever.

I was always amazed by Jack Geller's uncanny resemblance to Ross, considering how Gould and Schwimmer are not even slightly related in real life. Though, I may be starting to question that, because the resemblance is still so very apparent.

I am fairly sure that Balaban, who played Frank Buffay, Sr., does not age. I mean, take a look for yourself. I suppose that fictional neglectful parenting really suited him.

Teri Garr played Phoebe Abbott, Phoebe's real mom, not the often talked about yet ill-fated one. She was the one who enjoyed all of Phoebe's favorite things like pizza, The Beatles, and not getting wet when it rains, and yeah, she still looks like she could be Lisa Kudrow's mom.

Chandler's father, Charles Bing, was played by Turner (it was a whole problematic thing). But luckily for Turner, she looks just as fantastic now as she did then. You know, with just a few less feathers.

Dr. Leonard Green looks very much the same in present day as he did back when he was about to kill Ross for getting Rachel pregnant. Except maybe not as murderous.

One thing is for sure and it's that Sandra Green's alter ego, Thomas, is still rocking that voluminous and shiny mane that both she and Rachel shared as the rest of the world simply envied them.

Joey Tribbiani's mother, Gloria, was played by Vaccaro. The actress truly hasn't changed much and is even still rocking a bold statement scarf like her character did way back when.

If you can recall, Joey Tribbiani, Sr. was not so great of a husband. Like, at all. But, I can put my feelings aside and take a second to get reacquainted with Costanzo, the actor who played him perfectly.

I guess the secret to aging is playing beloved, legendary characters.