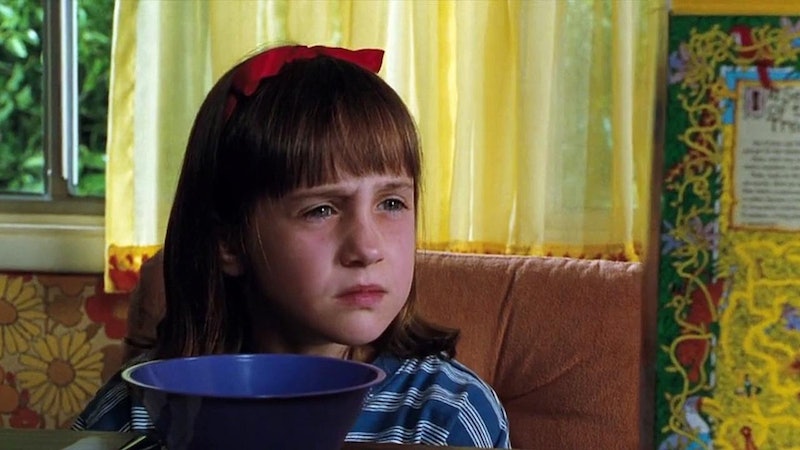 While as an adult, I complain about how kids these days never play outside and are always stuck in front of their computers, tablets, phones, and TVs, I have to admit that I did spend a fair bit of time watching movies when I was a kid. I tended to have a few favorites at a time and then watch them over and over again until I knew all the dialogue, which I'd then repeat along with the movie, much to my mother's chagrin. Movies made for kids in the '90s were some of the best things about the decade, and I'm lucky to have grown up then. But funny enough, as much as I loved watching some of these movies as a kid, I almost enjoy them more now, at 31.

Of course, I don't sit around watching movies like I did back then, but whenever they pop up on TV, I happily tune in (and with stations like ABC Family, they're on a lot). There's something so enjoyable about watching these films now, as a more mature adult, because they remind me of the joy and innocence of childhood and make me feel super nostalgic for my younger days.

Here are the 9 movies I love almost more now that I'm an adult than I did when I was a kid (if that's even possible):

Jumanji is the ultimate kids movie. Board games that are actually real? Check. Awesome adventure? Check. Monkeys in the kitchen and lions in the attic? Check and check. This is a movie I could watch time and time again, not only for young Kirsten Dunst and an exuberant Robin Williams, but David Alan Grier and Bonnie Hunt make the movie, as well.

It feels nearly cliche at this point to have Home Alone on a '90s movie list, but that's just because it's so amazing. The premise is ridiculous — how could you possibly not realize you left your 8-year-old son alone at home, no matter how big your family is, for one thing? — but the execution is downright brilliant. I watch Home Alone at least 10 times a year, and that's not nearly enough.

I love all three Toy Story movies, but everyone knows Pixar films hold just as much meaning for adults as they do for kids. While as a child, the message was innocent and entertaining fun, as an adult, they're much more heart-warming and emotional in many ways. I have to try not to cry every time I watch them, but whatever! They're great!

Yes, another Macaulay Culkin movie on the list. Richie Rich was awesome when I was younger because he had a McDonald's in his house and a roller coaster in his backyard. As an adult, it's awesome for the same reason, though I'd probably change the McDonald's to a Starbucks, to be honest. It's opulence and frivolity at its finest, and I love it.

One of the things I love most about '90s kids movies is that any semblance of realism is thrown completely out the window. A child befriends an orangutan at a luxury hotel? I mean, in what universe? In THIS universe, thankfully. I'm so here for it.

Maybe Kindergarten Cop wasn't technically a kids movie, but pretty much every '90s kid grew up watching it, and for good reason: it was awesome. Arnold Schwarzenegger wasn't the Terminator to me, he was Detective John Kimble. And who could forget the infamous, "Boys have a penis and girls have a vagina" line? Incidentally, he sorta felt about children how I feel now.

I love Roald Dahl and Matilda is one of my favorite stories. As a kid, I just thought the movie was entertaining (as was the book), but as an adult, I appreciate the story that much more. This wonderfully special little girl who just needed someone who saw all that specialness and nurtured it? Ugh, talk about heartbreaking (and uplifting).

I feel like Mrs. Doubtfire doesn't really need an introduction. The funny part when we were kids was that a grown man was dressing up like a woman, and Robin Williams was hilarious. That's still true now, but the nuances of the film — the lengths a father would go to just to be around his children — are that much more obvious these days,

Again, I don't really know if Problem Child was technically made for children, but I certainly loved it. I wasn't bad like Junior (and really, "bad" is an understatement), but I certainly found his antics amusing. Now I want to smack him, but I still love it because it reminds me how lucky I am to be child-free.

Never have I liked a movie about sports, since I don't actually care about sports in real life, other than The Mighty Ducks. As a kid, it made me want to play ice hockey (thank God I was never allowed/lived nowhere near a place where this was possible). As an adult, it kinda just makes me swoon over Emilio Estevez... and be grateful for the whole teamwork lesson, of course.

The Sandlot made me wish I was in a badass neighborhood gang that was full of baseball prodigies. It also made me wish (for a tiny second, anyway) that I was a boy, but I soon grew out of it. There's something so nostalgic about this one and it's one of those movies that seriously makes me feel like a kid again every time I watch it.