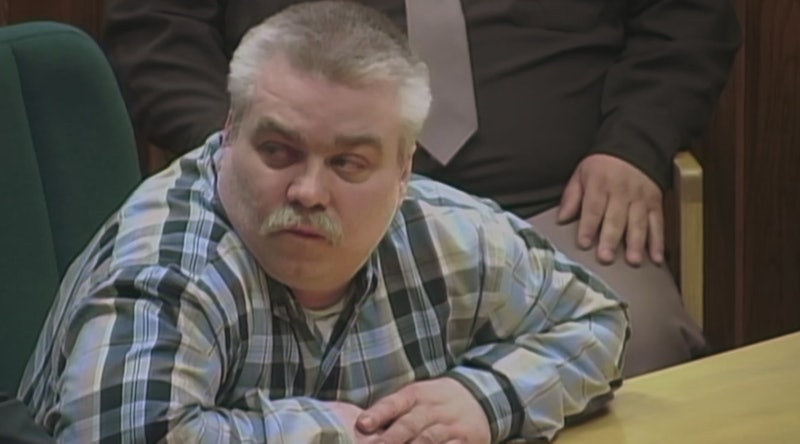 It's been just over a month since Netflix's hit documentary series Making a Murderer was released, and it's been generating enormous amounts of attention ever since. Presenting the case of Manitowoc County, Wisconsin man Steven Avery, who was sentenced to life in prison in 2006 for the murder of 25-year-old photographer Teresa Halbach, the series covers the allegations that Avery was framed by law enforcement and convicted in a dubious jury trial. But even though the show is 10 hours long, there's a lot that didn't make it in. So why not read the Steven Avery trial transcripts and see the bigger picture for yourself? You can read it all here.

One common criticism of Making a Murderer from those who think Avery is guilty ― including former Calumet County DA Ken Kratz, who prosecuted the case and has publicly decried the series over the last month ― is that the filmmakers, Moira Demos and Laura Ricciardi, omitted crucial evidence that pointed to his guilt. Chief among the examples is the presence of non-blood DNA from Avery on the hood latch of Halbach's abandoned RAV4, and his phone calls to Halbach on the day she disappeared.

So if you're deep into this story, and you'd like to do a little bit of the hard research for yourself, then here's your chance! The transcripts of the Avery trial are available to read right now.

If you're wondering who to thank for making this happen, it's a result of the surging interest in the Avery case that's been going on at Reddit. One redditor in particular, going by the name Skipptop, spearheaded the effort, which required thousands of dollars in crowdfunding ― as Tech Insider's Megan WIllett notes, the Manitowoc County Circuit Court charges $1.25 for every copied page of transcription.

But lo and behold, the dream is now a reality. You can peruse the transcripts of Avery's 27-day trial at your leisure. It's all posted at StevenAveryCase.org, and there's even a little more than just transcripts ― photos from the investigation and trial have also been uploaded (although be warned, there are some graphic photos of Halbach's charred bones included), as well as the evidence exhibits presented at trial.

If you're particularly interested in the Avery case (as well as that of his nephew Brendan Dassey, who was also convicted for Halbach's murder), suffice to say you've got a lot of information to pore through now. On top of the hours-long video of the Dassey interrogation that was uploaded last year, which some experts have characterized as a classic example of a coerced, false confession, you've now got pages and pages of trial transcripts to sift through. So be prepared; as Avery's defense attorney Dean Strang commented to CBS This Morning, the whole trial spanned more than 200 hours.