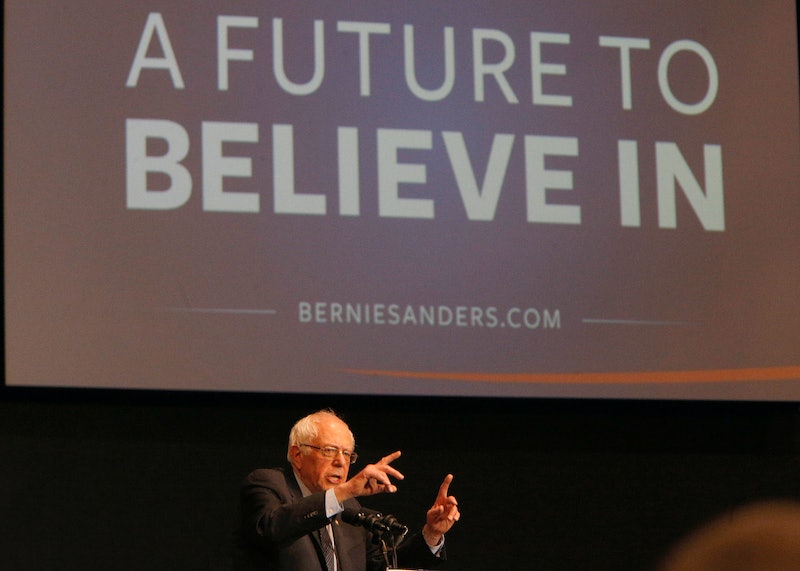 Democratic presidential candidate Bernie Sanders is running on a platform that firmly focuses on ending income inequality. The many issues that factor into the shrinking of the middle class run the gamut from fair wages to healthcare. The candidate's strong populism has him gaining on fellow candidate Hillary Clinton, and his worldview has undoubtedly impacted some of the most important people in his life, including his son. What does Levi Sanders do? Levi has over a decade and a half of experience working as a Social Security legal analyst in the Boston metropolitan area.

According to his LinkedIn profile, Levi not only provides legal services, but also advocates for the underserved as Cambridge & Somerville's agency-wide health and disability advocate. His work with falls under their Impact Advocacy services, which allows for the impoverished to be provided with free noncriminal legal services. His profile continues:

I also manage ADA compliance and regulatory complaints for several Boston-area hospitals and am responsible for legislative efforts including successfully securing funds for battered women's shelters and lobbying on behalf of low income and elderly clients.

Such altruistic efforts directly echo his father's work toward making healthcare more accessible to those who are still not adequately covered by the Affordable Care Act. Bernie unveiled a new, comprehensive healthcare plan mere hours prior to the last Democratic debate. Under the plan, the country would operate under a Medicare-for-all system.

Though Levi appears to not be currently actively campaigning for his father, he served as a consultant when Bernie was running for reelection as a Vermont senator. Even in that position, Levi appeared to take a more behind-the-scenes role. He generally keeps out of the spotlight, and declined to comment on a contentious Politico article called "Bernie Sanders Has A Secret," which aimed to look into Sanders' past in an attempt to unearth any particularly shocking secrets. A quick look at Levi's Facebook profile yields little personal drama, yet further highlights his penchant for advocacy.

There are copious Change.org petitions for causes he's passionate about, including seeking justice for Tamir Rice and compensating a worker in Kenya for her missing wages. The last time he spoke publicly was when it was revealed in a People Magazine piece about Sanders' family life that Levi calls his dad the Bernster. This nickname clearly shows their bond, as does Levi's career choices. The two seem to share the same vision for the country, and it would be incredibly unsurprising if Levi decided to join his dad on the campaign trail. Even if he doesn't, his father is surely proud of his efforts just the same.