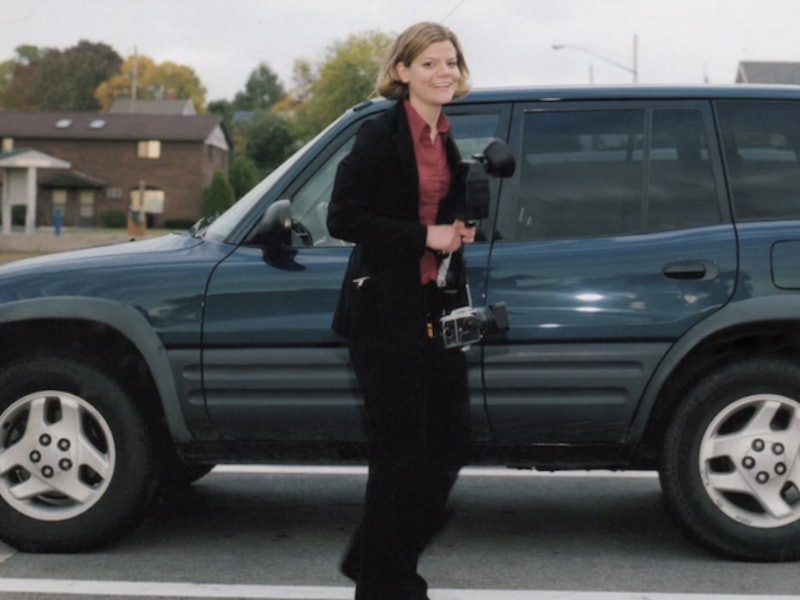 Since Making a Murderer took the country by storm, many viewers have come up with their own theories on Steven Avery's innocence; whether or not the Manitowoc police planted evidence (which they adamantly deny); and, of course, who really killed Teresa Halbach. One investigator says he's certain about the latter — but FBI agent John Cameron's theory on who killed Halbach is pretty far-fetched. Cameron believes that notorious convicted serial killer Edward Wayne Edwards is Halbach's real killer and that it was he who set Avery up, not the Manitowoc County Sheriff's Department. As wild as his theory is, Cameron is able to offer several arguments from his perspective.

As an FBI cold case worker, Cameron is very familiar with the work of Edwards, and in fact, has written a book about the notorious, but little-known killer titled It's Me, Edward Wayne Edwards, the Serial Killer You Never Heard Of. According to Cameron, Edwards' M.O. was setting other people up for his murders, and after learning about Avery's case, he says he recognized Edwards' work in Halbach's murder.

"He had a done a murder exactly like Teresa Halbach in California in 1955," Cameron explains in an audio recording.

Cameron's full theory, based on what Edwards has allegedly done in the past, is that he pulled up inconspicuously to the car yard the day Halbach visited and went missing, pretended to be an old man who needed assistance, shot her in the head, and took the body with him.

Teresa was shot in the left temple and she was also shot in the back of the head. If she was the driver then that's exactly how he would have done it.

Cameron also theorizes that since Halbach's remains weren't discovered for three days, that allegedly have Edwards enough time to blow up the body, something Cameron says he's done before with other victims, and plant the remains at Avery's residence.

It was always about the setup. Starting a very young age, when he was 12 years old, he was able to set up a guy for a murder he had done. And the rest of his life he would get off on not only killing people but then setting up someone close to the victim and then watching the system execute them.

Cameron claims that other parallels exist between Edwards' work and Halbach's murder. For example, Halbach disappeared on Halloween, and Cameron says Edwards has murdered several times on Halloween. According to the agent, Edwards has a habit of visiting the trials of the people he's set up, and The Independent reports that Edwards can be allegedly seen in the background of episode six of Making a Murderer.

These alleged parallels do make for a compelling conspiracy theory, but without any concrete evidence to substantiate it, that's all it is.

Check out the 'Making a Murderer' stream in the Bustle app for more on Steven Avery & Brendan Dassey's cases. Download it here.