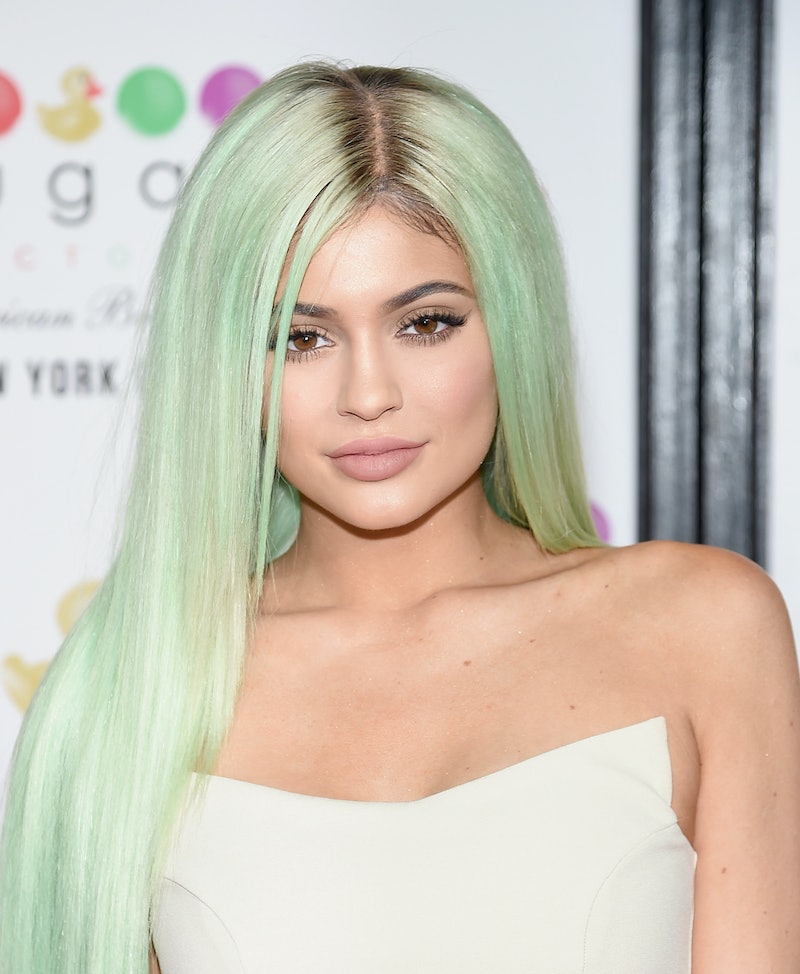 A lot of people dye their hair, but that doesn't necessarily mean they know what they're actually doing to their locks. Specifically, they might not know what dye does to your hair follicles, from a scientific point of view. The majority of us just schedule our monthly hair appointment, sip our coffee in the chair as we fill our hairdressers in about our latest dating escapades, and wait until the foils are set and blow driers are switched on. Or, if we're feeling strapped for money that month, we might just head over to our corner drugstore and choose the best bottle of dye we can find.

There's usually not a lot of questioning involved here. We just get used to certain routines and beauty rituals. But there should be a lot of questions involved when changing the state of your hair. For example, what's that harsh smell coming out of the bottle? Or how does a dark, rich color magically turn light and summery? What strips away the color, and how does a new one stick around, even after dozens of washes? When you think about it, it all sounds borderline magic.

But it's actually some cold, hard science. Below are facts of what hair dye actually does to your hair.

1. The Ammonia In Your Hair Dye Breaks Through Your Hair Cuticles

Hair dye doesn't just rinse across your hair and stain it. It actually has to break through a couple of barriers to set permanently. In order to get into the hair shaft, it has to get through the hair's natural protection: the cuticle.

And how does it get past that obstacle? The ammonia in hair dye lifts the cuticle up to let the molecules of the dye in.

"The cuticle is the first line of defense in protecting the integral structure of the hair fiber, much like the shingles on the roof of a house protect inside the home. The pigments responsible for natural hair color are below the cuticle, so to get to those natural pigments and deposit new color, the cuticle needs to swell to allow hair color to get in," Valerie George, co-host of The Beauty Brains and a hair color chemist, tells Bustle. "Ingredients with a high alkalinity, like ammonia or monoethanolamine, are responsible for allowing the cuticle to swell for the hair color reaction to take place."

2. And The Peroxide Strips Away Your Current Color

Now that the cuticle is broken, you can actually color your hair the hue you want. In order to do that, you have to use peroxide (aka bleach) to remove your natural color and make room for the new pigment.

"Peroxide is used as the activator for most hair color. When you hear your stylist talking about 10, 20, 30 or 40 volume, they're talking about percentages of peroxide in the activator," Marissa Bender, Stylist and Co-Owner of Moss Hair Co in Columbus, tells Bustle. The difference in those concentrations is how quickly it's going to work to open up that hair cuticle.

"The easiest way to describe hair lightening or bleaching vs. hair coloring, is that hair coloring is opening the hair and then putting color molecules back in, and letting the cuticle close back up," Bender explains. "With bleaching, the goal is to remove as much pigment as necessary for your desired result. You can then go back in with your demi- or semi-permanent and re-deposit the tone — it's a two-step process rather than one."

And there is a reason why bleach is damaging. "Hydrogen peroxide can also be damaging hair because it’s not a smart molecule. While it prefers to go after the melanins, it really will interact with anything including keratin, the dominant protein that makes up the hair fiber. This can also lead to damage," George says.

3. Then The New Color Pigment Gets Deposited

Now that the cuticle is lifted, the original hair color proteins become colorless, and the new color pigment can take over and bond to the hair cortex. "Permanent hair dye is permanent because it has a larger molecule that sits in the deepest layer of the hair and can’t be washed out," Jordan Morris, an independent stylist at Hey Pooker, tells Bustle.

"Permanent hair dye removes natural color from the hair that you can’t put back, and fills the hair with artificial color. Once those cuticles close after the coloring process, the hair dye molecules are trapped inside the hair fiber," George explains.

"The damage from permanent color can come from opening and closing the hair shaft multiple times. During this process the bonds that hold the structure of our hair together and give the color a place to grab onto can be compromised," Bender says.

So, ammonia is needed to lift the cuticle of your hair and to start the whole process of dyeing. But what if you go with an ammonia-free dye because you heard it was less damaging? As it turns out, it might not be.

"In ammonia-free color, monoethanolamine (MEA) serves the same function, except it is a liquid, not a gas, so it stays in the hair and continues to cause damage. In fact, a 2014 study found that MEA is as —if not more — damaging than ammonia to the hair," George says.

Plus, going with ammonia-free products might give you a weaker color. "MEA are a larger molecule than ammonia and don't swell the hair as much, therefore the dyes don't penetrate as far, so the results are typically not as good as what an ammonia color can deliver when it comes to how long the color takes to fade," Bender says.

5. The Longer You Dye, The More Damage You Cause

"Most people don’t realize this but most hair color has a built in timer. After a certain point the color will stop working," Jaymi Smith, a hairstylist at Cavana Spa & Salon, tells Bustle. As for bleach, that is where the damage can really occur. Unlike hair color, bleach is constantly working. The goal with bleach is to lighten the hair to your desired level of lightness (between a one and a 10, with 10 being the lightest.) Anything beyond that is removing stuff that doesn’t need to be removed, and that’s where the damage comes in."

Smith warns about putting color on top of color. "This process of emptying and filling the hair with color molecules over and over is like painting on the same piece of paper over and over again. Eventually that paper with be flimsy and when it dries…it will crack. The same thing goes with your hair."

6. Your Hair Won't Actually Fall Out

There's always that worry that if you over-dye your hair, you'll kickstart some sort of hair loss episode. But there's actually no evidence that hair dyeing causes as much.

"Hair loss can occur for many reasons, but it’s unlikely to be caused by routine hair coloring. Hair color can, though, cause hair damage which can lead to breakage," George says. "This is because the strength of hair is mostly due to strong disulfide bonds in the hair. Hair coloring and bleaching can break those disulfide bonds permanently, leading to weak hair." So there you have it: As long as you condition it properly to prevent your hair from becoming brittle, enjoying a monthly dye job shouldn't make you go bald.

Now that you're armed with the facts, your next visit to the hair salon or drugstore box dye aisle should be a little more enlightening. You now know exactly what you're doing to your hair, and can rest easy over the harsh smells, scary words (bleach! peroxide!), and threats of David Letterman hairline futures. Science doesn't lie.

This article was originally published on Jan. 21, 2016