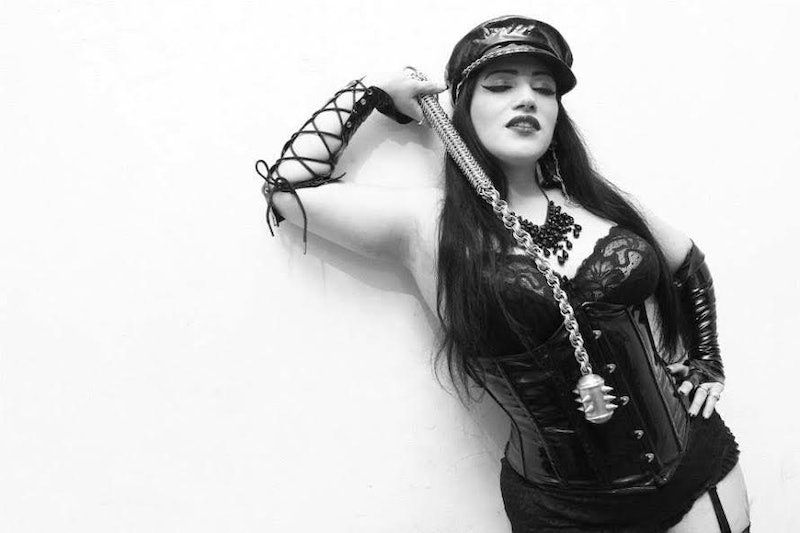 When I decided to take on an article exploring fashion trends that are rooted in sexism, I thought to myself, "Easy enough," visions of waist-altering corsets and uncomfortable stilettos bouncing around in my brain. There are plenty of oppressive, sexist women's fashion trends to choose from, aren't there? As often happens, my first thoughts when digging into a topic always seem pretty obvious and easy to digest — but they very rarely tell the whole story.

The more I outlined the piece, the more I realized that proclaiming that items like corsets and high heels are "rooted in sexism" was doing a huge disservice to the women who have worn them, both in centuries past and today. In fact, would it even be fair to deem these two timeless trends sexist at all, given that so many women find them empowering? And even if women have chosen to wear them to appear conventionally attractive, does that make their choices any less valid or feminist?

Let's talk about the history of these two particular items, starting with the corset. According to author of Tudor Costume And Fashion Herbert Norris, it was first popularized by Catherine de Medici of Italy in the 1500s, and it's widely-held that Medici was the one to bring the corset to France, where it immediately became a must-have garment for all the noble ladies. The purpose of the corset was to enhance the smallness of the waist, pulling women in at the middle so their bodies could fit the standard of what was seen as attractive; specifically, an hourglass figure. The corset has seen many incarnations over the centuries, from the early versions made of steel or iron to the baleen corsetry of the Elizabethan era, all the way to the lace and satin style of corsetry that's popular today.

And with it's many incarnations came plenty of myths. Arguably one of the most controversial garments in history, the corset has been accused of everything from causing life-threatening diseases to being a tool of oppression that men forced onto women. However, Valerie Steele, director and chief curator of The Museum At The Fashion Institute Of Technology, as well as the author of The Corset: A Cultural History, adds an interesting point of contention to that concept. According to an interview in Jezebel:

Steele says women wore corsets quite on their own volition. Men, in fact, regularly protested corsets, claiming they caused hysteria and the other health problems [...] Women wore the corset because it made them feel attractive and properly dressed [...] two important indicators of status. However, they were intended to reshape the natural body to what women perceived as the most ideal figure — meaning the most youthful and sexually desirable. Men might not have oppressed women by demanding they wear corsets, but women certainly wore them to impress men and assert their rank among other women.

That last point is particularly telling: For the most part, men didn't force women to wear corsets — they chose to wear them of their own volition. However, they did so primarily to impress men, and therein lies the question of whether we can criticize someone for not being feminist because of their choice to perform femininity, no matter what their motivations.

The truth is that something can be individually empowering while also playing into a wider culture of male approval and sexism. And there are, in fact, many who find strength and empowerment through these fashions. Professional dominatrix, fetish model, and frequent wearer of corsetry Lady Zombie tells me via email, "People often comment that high heels and corsets were created by men to subjugate women to discomfort in order to make them appear the way it was believed a woman should look. This may have been the case in some circumstances, to a degree, however I've only ever felt incredibly sexy and empowered when wearing [a] tightly laced, steel boned corset and sky-high heels."

Ah yes, the sky-high heel: Another polarizing piece of the fashion landscape that seemingly has sexist origins. According to Racked, depictions of the high-heeled shoe can be seen as far back as ancient Egypt, then going on to become popular in 15th century Persia, where male equestrians wore them to easily keep their feet in stirrups. Over time, they made their way to Europe, where aristocratic men wore heels and chopines to make themselves appear taller and more dominant. The women of the age followed suit, and for the same reasons: Height was seen as one of the epitomes of class and power, and women wanted it, too.

In fact, it's only in recent years that we've seen high heels become the topic of the "are-they-or-are-they-not-sexist" debate. Curator Lisa Small, who put together an exhibit at the Brooklyn Museum dedicated exclusively to high heels, had this to say in an interview with CBS last year:

"[A high heel] causes your rear to move, it causes your hips to have to compensate and do the little wiggle, [and] the chest goes out. So these are all biologically determined markers of mating attraction." According to one study conducted by the Official Journal Of The Human Behavior And Evolution Society, researchers found that women in high heels "exaggerate sex specific aspects of female gait and women walking in high heels could be regarded as a supernormal stimulus."

In other words, heels make women look biologically more attractive to men, and therefore it could be argued that that's why they wear them. But just as with the corset, it's important to remember that it's not what a woman chooses to wear that's feminist — it's that she has the choice at all.

"The overwhelming consensus from these sources is that women wear heels because they think they make them look more appealing to the opposite sex," CEO and founder of fashion label Smart Glamour Mallorie Dunn wrote in a blog post for Bewear. "And while heels may make you look more attractive — and there were actually studies done to prove so — I think that has very little to do with why the majority of women decide to put them on their feet on a daily basis."

Dunn elaborated on her point in an email to me. "The way I personally deal with all things presentational when it comes to empowerment comes back to choice. If you ever feel like you have to do something or wear something in order to be deemed 'acceptable' by society's standards, then I strongly suggest you stop doing it for a few days. Watch the difference. Take note of your feelings. Then when you go back to it (or don't) it really reaffirms where your choice stems from."

That's the overwhelming point I've arrived at as well: No matter what the garment, or what the motivation to wear it, we simply can't resign ourselves to the fact that it was or is inherently sexist. Dismissing a corset or a stiletto heel as universally oppressive is ultimately dismissing the woman who chooses to wear them, and assuming that she has no agency or right to decide how she looks. Claiming that a woman has no right to dress for attractiveness is also unfair, as women should feel empowered to dress not only how they want, but also why they want.

Unfortunately, that's also indicative of the world we live in. Performed femininity expressed through things like corsets and high heels is simultaneously demanded by some and demonized by others. Women are asked to tow the line between the two all of the time, stuck somewhere between feeling ashamed for their choices and defending them. So while it might be tempting to dismiss certain fashion trends as sexist, it's far more worthwhile to think critically and without judgment — not about the trend itself, but about the woman who chooses it.