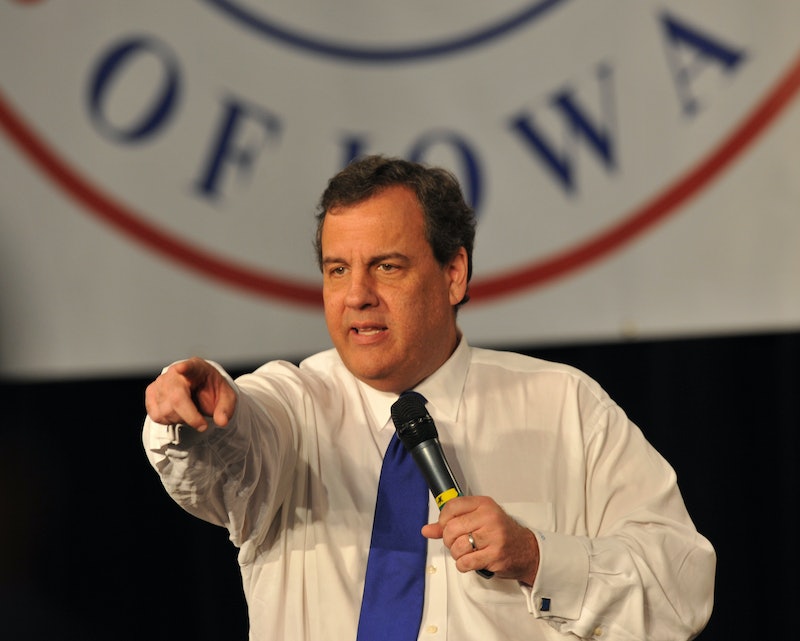 Marco Rubio made a tasteless joke on Saturday, and Chris Christie is calling him out for it. At a town hall meeting, Rubio said Winter Storm Jonas was “one of the best things to happen to the republic in quite a while,” as it prevented the federal government from issuing new regulations. It was a remarkably insensitive comment, given the 25 people who’ve died in the storm, and Christie rightly criticized Rubio for the joke.

“[It] shows a real immaturity from Senator Rubio to be joking as families were freezing in the cold, losing power, and some of them losing their loved ones,” Christie said in an interview on CNN.

Whatever else might be said about Christie, it’s pretty clear that the New Jersey governor does care deeply about the safety of his state’s residents. When he was campaigning for Mitt Romney’s presidential run in 2012, New Jersey was slammed by Hurricane Sandy. Christie dropped all of his campaign activities, returned to his home state and helped coordinate state and federal responses to the disaster with none other than Romney’s foe, President Obama.

To the outrage of many Republicans, Christie and Obama struck up a temporary truce and even a bromance of sorts during this period. In addition to dealing with the fallout from Sandy, the two posed for photos, and Christie ultimately said Obama was “outstanding” in his efforts to help New Jersey recover from the hurricane.

This was a big political risk, and Christie’s “betrayal” of Romney is still brought up in conservative circles. Had Romney won the 2012 election, Christie’s political prospects would have swiftly taken a nosedive, and Christie most certainly knew that. Nevertheless, he did what he needed to do to ensure that New Jerseyans received as much relief from the disaster as possible.

This is why Christie's indignance at Rubio’s joke feels genuine. Christie risked his own political future to deal with Sandy three years ago, and he’s taken the same approach to Jonas. On Friday, he halted all campaign activities on Friday to return to New Jersey and declare a state of emergency in the state.

Of course, Christie’s comments did also function as a simple political attack: In the same interview, he called Rubio “a United States senator who has never been responsible for anything.” Still, Rubio was most certainly being immature when he cracked wise about Jonas, and Christie has the moral authority to criticize him for it.