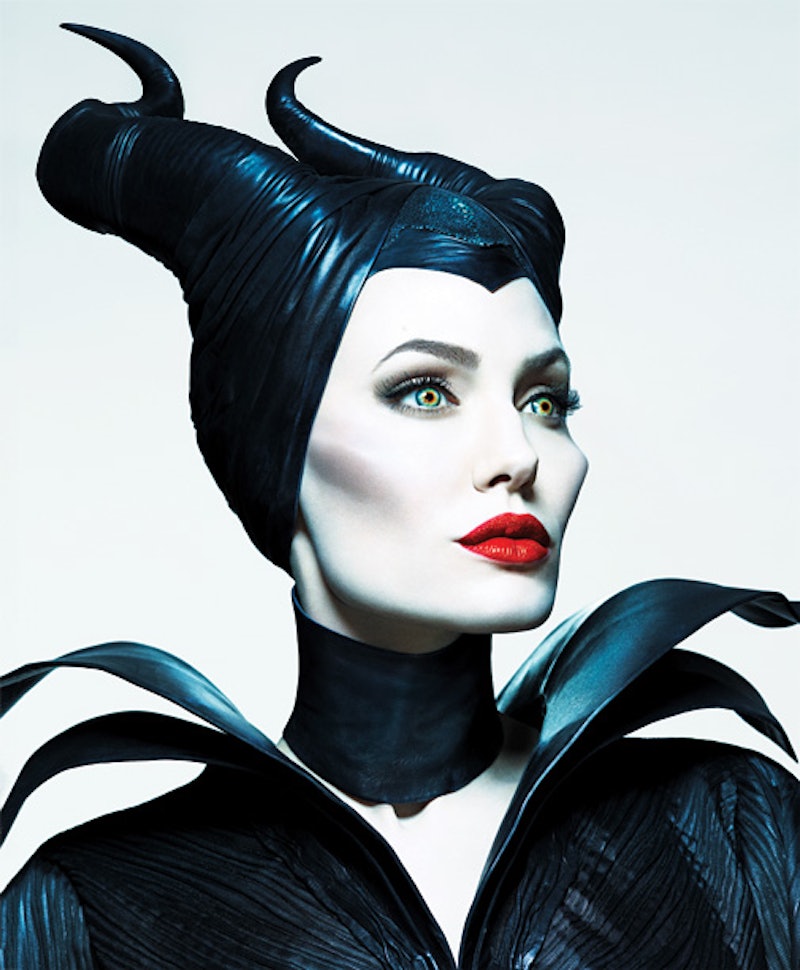 Some standards of beauty are more understandable than others. Symmetrical faces, for instance, are valued across many cultures; but other features are considered "standard attractive," and it's not at all clear why. High cheekbones are one of those traits that seems to be pretty universally valued. You can't get anywhere near the pantheon of Most Beautiful People without cheekbones that loom like skyscrapers, and everybody agreed that jutting cheek prosthetics made Angelina Jolie as Maleficent perhaps more creepy-attractive, rather than less. But why on earth do we like them so much? What do they do to make themselves a key part of the attractiveness arsenal? Is it all just a conspiracy by People magazine and supermodels?

What people find facially attractive is actually of great interest to scientists. The things we like determine what kind of people we'll marry and have kids with, and so what traits are carried on through the generations. So do these traits have some kind of advantage, or do we associate them with a benefit we want in our partners? Often the answer is yes, even if we believe it purely subconsciously.

So next time you're contouring to give yourself hallucinatory-level cheekbone hollows, give this a read to understand what it is you're saying with those jutting things on your face.

They Indicate That A Person Is Sexually Mature

This is one of the most basic elements of the tie between attractiveness and cheekbones: the growth of the cheekbone is directly tied to our growth as humans into sexual maturity. Big cheekbones are a direct sign that a woman is an adult and capable of producing kids.

This makes sense if you think about the transition from fat, round childlike faces to the more elongated facial structure of puberty and adulthood. This goes for both men and women: men's cheekbones are built into their adult shape with the testosterone boosts of puberty, which is why the phenomenon of Neville Longbottoming (transforming from an unattractive child/teen to a radically hot adult) can be so dramatically cheekbone-based.

We Associate Them With Trustworthiness

A 2014 study by New York University scientists found that, oddly enough, we subconsciously associate high cheekbones with trustworthiness. This, despite the huge swathe of high-cheekboned villains in popular culture (Mads Mikkelsen in Hannibal, take a bow with your gigantic cheek protuberances). The scientists showed a series of photographs to test subjects, at first long enough for them to consciously say their thoughts about what they thought this person was like, then for a period of milliseconds — far too short for any conscious thought to form. But the brain came to the same conclusions the second time, too. High cheekbones mean a trustworthy person, or at least our brains assume so.

This research is often paired with another study from the same time, this time from the University of York. In that one, researchers asked subjects to "score" 1000 faces for various personality traits, like trustworthiness and dominance. The end result? Yep, cheekbones were trustworthy. No wonder we want to watch people with high cheekbones: we inherently trust what they're saying. Anderson Cooper, it turns out, can't just attribute his success to his suave intelligence. His facial structure's in there too.

Back in 2004, a collection of scientists from the Senckenberg Institute in Germany and Cambridge University posed a very interesting theory about why we might like dudes with high cheekbones: women may have sexually selected them throughout human history instead of focusing on large canine teeth.

"The evolution of a broad face and loss of large canines in hominid males results from mate choice," their paper says — basically, females had a choice between wide faces with big cheekbones, and large canine teeth (like you see in many primates, and which are often used aggressively). It seems human women preferred the first choice, and the shape of men's faces shifted accordingly, growing wider in the cheekbone area and losing their pronounced front teeth.

This hasn't led to a lack of aggression. Men with the broadest cheekbones and widest faces are regularly associated with more aggressive behavior. And that chimes in with another theory of why cheekbones have survived for so long in men: a 2014 scientific paper argues that cheekbones, like jutting jaws, evolved to be able to take a punch in a fight over mates or resources. So it looks like a combination of factors combined to keep cheekbone-d men at the top of our lists for so long. Derek Zoolander, your career is safe.

More like this
It's Hot When People Can Do Mental Math
By Sarah Berman
17 Photos Of The 'Wednesday' Cast Vs. The 1991 'Addams Family' Cast
By Grace Wehniainen
The 9 Chicest Celebrity Bob Haircuts Of 2022
By Olivia Rose Ferreiro
Everything To Know About 'Monarch' Season 2
By Gretchen Smail
Get Even More From Bustle — Sign Up For The Newsletter