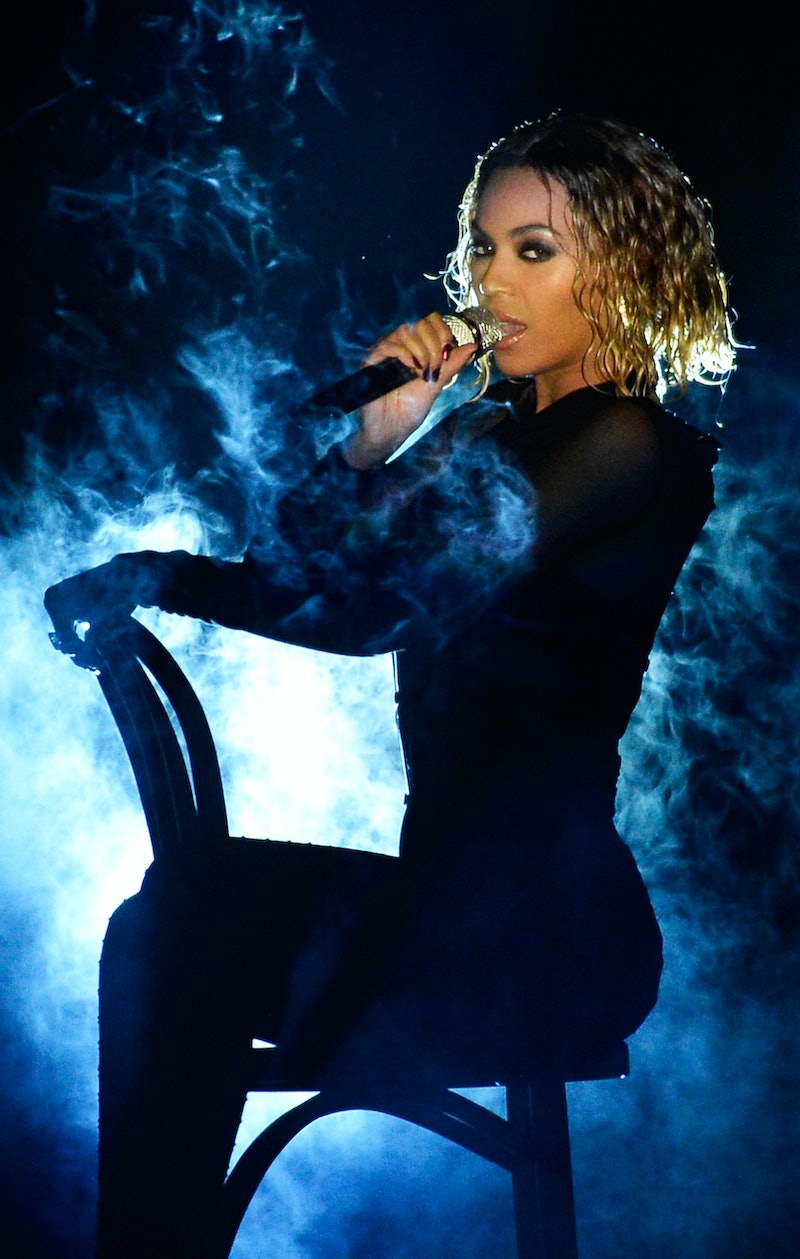 Though the Grammys were actually pretty safe and tame in comparison to previous years, overtly sensitive parents still found something to object to in the show. According to The Daily Mail, Beyoncé's performance early in the Grammys was slammed by parents on Twitter, who claimed it was too risqué to be shown on television at 8 p.m. while their children were watching.

The performance, if you didn't tune in, was actually pretty boring at best: Jay Z joined Beyoncé on stage for a rendition of "Drunk in Love," and though the love shining in their eyes or whatever was actually pretty adorable (enough to melt my cold, dead heart, anyway), it wasn't nearly as exciting as anything you'd see in Beyoncé's concerts, or even that Super Bowl performance of hers from last year. It was all just kind of...slow. Gone were the upbeat dance moves reminiscent of her previous performances, and instead we just got a lot of sluggish routines against a chair.

Still, though, parents found it somehow offensive and wasted no time telling the uncaring masses on Twitter all about it. Just how angry were some parents? Let's see:

Check out a clip of the performance below, courtesy of The Hollywood Reporter.