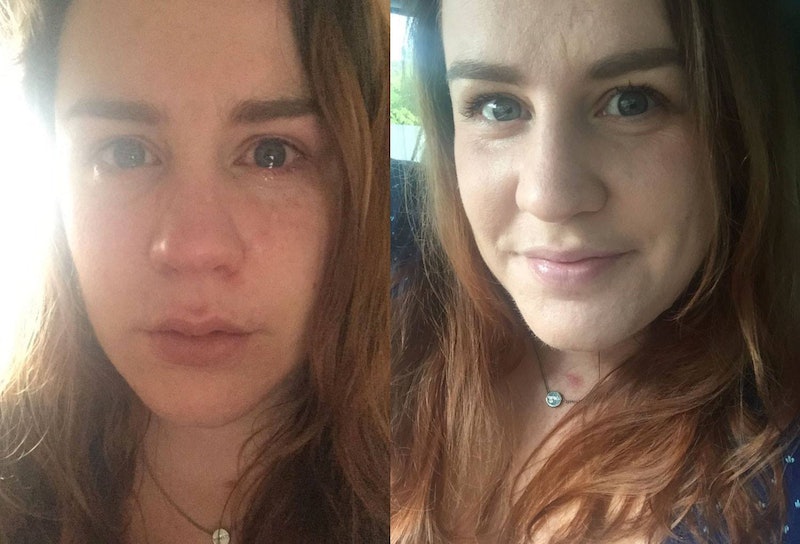 People coping with mental illnesses face many challenges; in addition to the illnesses themselves, they have to deal with the continuing social stigma against mental disorders — as illustrated by a recent article in The Sydney Morning Herald suggesting that some people who claim to be suffering from mental illness in the workplace are actually “faking it.” In a now-viral Facebook post, writer Anna Spargo-Ryan is speaking out against the article and the idea that people fake mental illness for their own benefit. She makes the important point that, by casting doubt upon people who claim to have mental illness, the article only increases the already heavy social stigma that people coping with mental disorders deal with every day.

Spargo-Ryan’s post responds to an article published last week in The Sydney Morning Herald, called “Mental illness: who’s faking it?” In it, author James Adonis writes that increased awareness of mental illness in the workplace has led to a new kind of worker: “the type of employee willing to take advantage of the heightened sensitivity: the employee who fakes a disorder for their personal benefit.” He goes on to discuss how to identify signs that an employee might be faking or exaggerating a mental illness and suggests that employers try “issu[ing] a warning to those you suspect are faking it.”

Spargo-Ryan took to Facebook to express her disgust with the article, writing,

Garbage "people-management thinkers" who choose to perpetuate the myth that mental illness is probably a fakery do so to broad societal detriment. Good people have mental illnesses. We need them to feel supported and empowered in their places, whether that's work or home or school or somewhere else. Not that someone is waiting to "catch them out". Not that their illness is not legitimate. Not that the time they take away from work to seek treatment is bogus.

Spargo-Ryan included images of herself in the post to highlight the fact that mental illness doesn’t have any single “look.” She explains, “Both of these photos are mental illness. I hope this helps you to spot the fakers."

Spargo-Ryan, who has been diagnosed with a number of mental disorders, including generalized anxiety disorder, post-traumatic stress disorder, major depressive disorder, and panic disorder, told BuzzFeed News that she believes Adonis’s article has “no place in the current mental health climate.” She continued, “We’re still at the beginning of understanding how to support mental health in the workplace, and the idea of ‘catching people out’ is the antithesis of that.”

In the wake of protest from Spargo-Ryan and other readers, author James Adonis has issued an apology for the article, published in The Sydney Morning Herald:

Since publishing this article, an enormous amount of feedback on social media has made me realise it was poorly written and insensitive. This has been unfair on those with a mental illness and their loved ones. This was never my intention. My intention was to achieve the opposite. At this I clearly failed. I'm genuinely sorry.

Having a mental illness can be very isolating and it can be very comforting to know you’re not alone in your experience. It’s vital to know that you can be unwell but still be so, so valuable to people (and not just your workplace!). It doesn’t define you. It’s part of the vast tapestry of your person.

More like this
19 Latinx Therapists & Mental Health Experts To Follow On Instagram
By Kaitlyn Wylde, Naydeline Mejia and Lexi Inks
Why TikTok Is Flooded With Controversial Videos About "Pick Me Girls"
By Courtney Young
This TikTok Song About An Unrequited Romance Has FYPs In Shambles
By Emma Carey
Black Women's Equal Pay Day Highlights An Upsetting Problem
By Brandi Neal
Get Even More From Bustle — Sign Up For The Newsletter