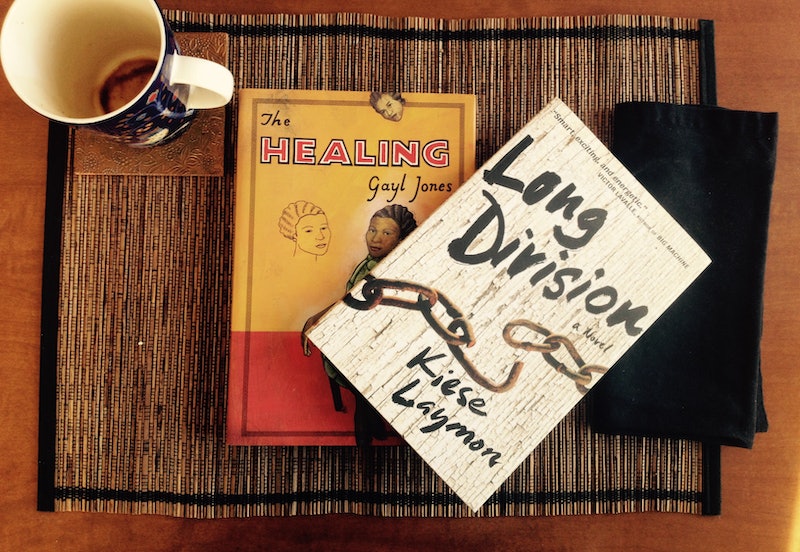 It’s always a great time to diversify your reading list, but with Black History Month almost upon us, it’s an even better time to dive into the treasure trove of brilliant black authors, from the already famous to the lesser-known to debut authors.

A lack of diversity in publishing has long been an issue when it comes to publishers publishing and readers reading books by and about POC writers and characters, but you don’t have to wait until the world is revolutionized to start discovering amazing books by black authors. And that doesn’t mean you’re stuck reading and rereading the few books by black authors that made it onto your English class syllabus.

There are a lot of black authors out there writing brilliant fiction, non-fiction, poetry, covering a wide range of genres, topics, and styles. Black authors like Toni Morrison, Chimamanda Ngozi Adichie, and Ta-Nehisi Coates and others have made waves, headlines, and bestseller lists. But there’s a great deal of brilliance to be found outside of the spotlight as well.

The book world is still overwhelmingly white, despite the many great writers of color out there producing brilliant, often overlooked, works. By reading these authors, you can do your part as a reader to send a message to the publishing industry that we love books by black authors and we want more diverse books. No matter what genre tickles your fancy, or if you’re just tired of “reading about white boys and dogs,” these 12 authors won’t disappoint.

I Am Not Sidney Poitier by Percival Everett, $9.28, Amazon

Percival Everett is hilarious. He’s hilarious and he writes about everything. He’s got a book narrated by a kidnapped 4-year-old baby genius, a book about what it’s like to be the assistant to the Greek god Dionysus, one about a Black author-professors caving to the pigeon-holing of black authors, and even a book with character named Not Sidney Poitier, who, unfortunately, does look strikingly like Sidney Poitier. However, Everett can also be deadly serious. Everett will surprise you with the sheer diversity of his oeuvre, and you’ll never tire of reading whatever he comes up with next.

A bright star of the historical fiction genre, Maryse Condé writes in a beautiful prose and imbues her novels with refreshing insights into gender and race and political issues that are often under acknowledged in traditional history. For example, her novel I, Tituba, Black Witch of Salem took the Salem Witch Trials as its topic, but instead of focusing on the already known and famous elements, Condé chose as her subject the little explored real-life character of Tituba, the West Indian woman who was the first to be accused in the notorious trials.

Gayl Jones is one of the most unique and powerful voices in literature, and her work is criminally underrated. Jones deserves a seat next to the likes of Zora Neale Hurston and Alice Walker as one of the great literary voices of the experiences of black women in America. In Corregidora, Jones writes like she’s singing the blues when she writes of the tragic, beautiful, painful life of a blues singer coping with the legacy of abuse and rape and slavery that marks her family’s history and present. And when in Mosquito Jones writes of a black woman truck driver who takes part in a sort of Underground Railroad for immigrants, she is conducting a jazz ensemble of characters and ideas that complicate the American dream.

Dwayne McDuffie was a revolutionary creator in the comics world. His MIlestone Comics imprint brought so many underrepresented stories to the comics world, where the heroes and stories have long been stubbornly white and cis. Probably best known for his Static Shock series, McDuffie was a prolific writer and editor and champion of the marginalized. Dude’s seriously brilliant. Do yourself a favor and pick up Icon, a series that reimagines a Superman-esque story of an alien whose biology adapted to resemble that of the black slave woman who found him in his crashed ship.

Of mixed race descent herself, Nella Larsen took on issues colorism and mixed-race in her writing, telling the stories of women navigating the complexities of a skin color in a society where different shades of black come with different problems and issues, from sexualization to passing to ostracization. Her novel Passing also deals with friendship between two black women, a topic too often neglected or misrepresented in literature and media.

Earl Lovelace is criminally underappreciated outside of the Caribbean, and that could be because, unlike some other Caribbean writers, he actually continues to live in his native Trinidad and Tobago. It might also be his strong ties to his home that brings it alive so richly in his novels. If you haven’t had the privilege of reading him, I’d suggest starting with The Dragon Can’t Dance, set around the soul of Carnival in a community in Trinidad.

The Ballad of Black Tom by Victor LaValle, $9.98, Amazon

A dark and witty writer, LaValle fell off the radar a little after his novel Big Machine gained national attention in 2009. But he’s still out there and his fiction is still brilliant. His novel The Devil in Silver straddles genres to take a darkly humorous, yet intimate look at the monstrous secrets of a mental health institution and the personal demons of its patients. His new book The Ballad of Black Tom that comes out this February promises to deliver on early comparisons of LaValle’s work to that of Chester Himes, and with an occult, perhaps Lovecraftian, twist. He's a seriously original writer.

Speaking of Chester Himes… If you’re a noir fan, you absolutely can not go without getting acquainted with Harlem Renaissance genius Chester Himes. He’s a genius of the noir genre. But if you need further enticement, Audible made a glorious decision when they asked Samuel L. Jackson to read for the A Rage in Harlem audiobook.

She's not exactly unknown. You’ve seen the iconic images of her glorious afro, you’ve seen the “Free Angela” posters and t-shirts, maybe you’ve even gushed over her bold brilliance in The Black Power Mixtape documentary. But have you read Angela Davis? Her books take on some of the biggest, most difficult issues of today and yesterday and probably tomorrow. In fact, one of her boldest books is just straight-up called Women, Race, & Class. She was a powerful black female figure during the Black Power era, but she remains relevant today as do her books.

Satire is smooth as silk in Ishmael Reed’s hands. That’s probably because he’s also a poet. In his poetry and in his prose, Reed has for decades been taking on the racist systems and social constructions that marginalize people of color. And his stories and poems elevate those same neglected and oppressed peoples. Despite a host of awards and nominations, he is criminally underread in the mainstream literary community.

Nnedi Okorafor gives a whole new meaning to “Black power.” With stories often featuring young black women on paths of self-discovery through magic, Okorafor brings some much-needed color to the sci-fi and fantasy and YA genres. But her YA doesn’t shy away from the difficult topics, like war and abuse and sexual violence, that mark the lives of many young women of color.

How To Slowly Kill Yourself And Others In America by Kiese Laymon, $12.19, Amazon

Kiese Laymon’s first novel Long Division is humorous, surrealistic brilliance and will make you wish he’d already written a bunch of other fiction that you can devour. But, luckily, he’s also a pretty dope essayist, whose writing about contemporary issues of race and Black culture in America are fearless and clever. And his book How To Slowly Kill Yourself and Others in America showcases some of his best work. Reading Kiese Laymon puts you in one of those perplexing states where you’re not sure if you’re laughing so hard you’re crying or crying so hard you’re laughing.