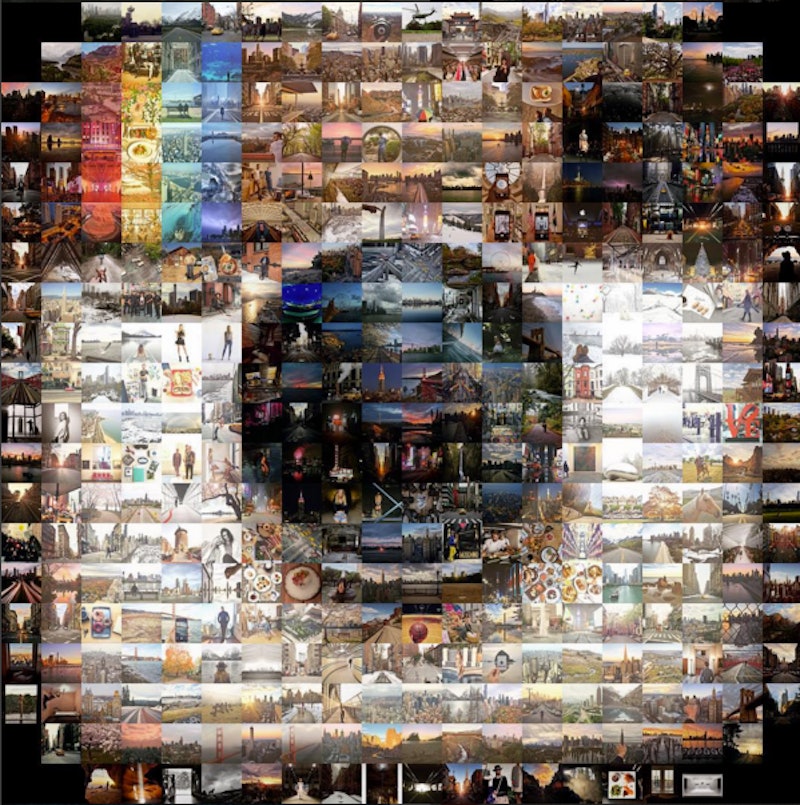 Whether you've made it your New Year's resolution to take up photography this year, or you're just looking to step up your game on Instagram, you'll want to check out these photography tips from professional photographer and Instagram sensation Kevin Lu. While we're all aware of the gimmicks and apps one can use to transform their photos on the social media platform, Lu gives more sound advice for developing your photography skills in an honest way, on and off your phone.

Lu began shooting for a living in 2012, after quitting his job as a biomedical engineer and embarking on a road trip with his friend, all the while capturing their journey on Instagram. Lu always wanted to travel and had recently developed an interested in photography, so he took a huge risk to pursue his passions. It paid off, as he quickly gained a strong Instagram following that helped launched his successful career. Now Lu has an impressive client book that includes GM, Facebook, and Vogue. What set Lu apart from other photographers was his ability to capture incredible imagery on his iPhone with a completely mobile-based editing and posting approach. While Lu also uses cameras to capture some of his shots, he says he prefers the ease and quickness of use of his phone, and tries not to bring his camera out with him when he can.

I spoke with Lu to see what advice he has for those looking to get into photography and, of course, if he had any tips specific to Instagram. The self-taught photographer had a lot to recommend to beginners getting started, as well as guidance for cultivating your own style once you've mastered the basics. Read on for seven tips that Lu follows to achieve his sought-after shots.

1. Learn everything you can, then forget about it

Lu's biggest piece of advice is to learn everything you can, then forget about it and start from scratch. This may sound contradictory, but what he means is you must immerse yourself in the subject — whether it's learning how to use a new camera or a new app — but once you know the ins and outs, don't let what you know limit you.

It was only four years ago when Lu got his start in photography and bought his first camera. Lu was a runner and had his own marathon blog (the Instagram handle sweatengine comes from "sweaty engineer"), and he decided he would need to incorporate photos of running gear and races. The only problem was that Lu had no experience in photography, even admitting that in the beginning he quickly learned that he was "really bad." Instead of giving up, he committed to teaching himself by researching on the internet, reading books, and practicing. The self-taught learner improved his skills by experimenting and not being afraid to fail along the way.

2. Make the most of technology

Lu is often asked how he gets his photos to be so clear and crisp with a professional look, even when he's using his iPhone. Sure, he had the iPhone 6s Plus before anyone else when he was the first person to use it during New York Fashion Week Spring last September in a collaboration with Vogue.com, but he promises it's not just the technology alone that produces incredible images, it's how you use it.

When Lu first started out, he was using an iPhone 4s to capture the photos that made him famous. Prior to that he had been on a Blackberry, so when he upgraded to the iPhone, someone told him about an app called Instagram where he could share his photos. It was Lu's first time playing with his phone as a way to create photos and he quickly became hooked, spending more time out for the sake of taking photos, and eventually networking with other Insta users with similar interests.

That's when Lu met a fellow Instagrammer who told him about his plans to go on a road trip across the country. Two weeks later, the two of them quit their jobs and embarked on a two month adventure. While on the road, they usually didn't have the ability to use a computer to edit photos, so Lu had to rely on what he could do with his phone to better his images in post-production. He was forced to focus on mobile-based technology, a skill set that has become an asset for him as most of his clients now hire him to do social media or real-time projects. Lu embraced the technology at his disposal instead of seeing it as a setback, and it ended up setting him apart.

For any photographer, Lu emphasizes the importance of knowing your tool when shooting. This could be your camera, your iPhone, or any other gadgets, equipment, or even apps that assist along the way. Know the full potential of what it is you're using, but as he stated before, don't let its intended purpose limit your use. For example, Lu uses time lapse videos in incredibly artistic ways that give him a unique edge and a way to tell his story.

When it comes to finding tools, Lu is a fan of eBay as a source for beginning photographers. You can come across things on the site that you can't find anywhere else, like "crazy old lenses" he enjoys experimenting with. Sometimes Lu looks for a tool first, then sees how he can use it in an innovative way, working backwards. eBay also serves as a great place for photographers to sell their own gear. As you learn, you grow and get better, meaning you'll want to upgrade what you have for more advanced equipment. He recently collaborated with eBay to curate his own Photography Starter Kit. The kit includes Lu's favorite gadgets to take his photos to the next level, including the Sony point-and-shoot he recommends for beginners, and the GoPro HERO4 he uses when exploring and capturing adventure shots.

Considering how Lu found success, it's no surprise that he puts emphasis on how important it is to be different. While everyone was buying professional photography equipment, he figured out how to make his iPhone 4s deliver professional quality photos on the go.

Lu's word of advice to new photographers looking to gain a following is to get a concept that no one has. He admits that nothing is new today, but you still have to have your own voice. For anything to be worth someone's attention, it should be unique. With his own work, Lu makes an effort not to copy anything. While he does look at tons of photos every day for inspiration, he takes his own approach when it comes to his work. For example, he's inspired by Ansel Adams, so his own photographs capture New York City as if it were a natural landscape. Lu describes finding one's voice through curating a story. Find a cohesion in your images in a way that communicates with the viewer.

5. Have your own signature

Similar to being different, Lu stresses the importance of having your own signature. Whenever you're creating an image, put your stamp on it. Lu says that with every shot he captures, he wants it to look like a Kevin Lu photograph, even if his name isn't there. This takes practice and time, as well as honing in on what makes what you're delivering unique. As you play around with techniques, you'll eventually decipher what works best for you to communicate your message. Cultivate this and let it be your mark.

Before posting, Lu edits his photos to his liking, but when he's taking his photos he shoots with intent, visualizing how he wants the final product to look. You can't take a bad shot and turn it into something great, no matter how many apps you're using. When you're shooting, capture the photo as if you won't be editing at all. A scroll through Lu's Instagram shows stunning shots that aren't highly altered or filtered. Too many tweaks will distract from the subject, and reduce the impact of the photo. Make sure you get that perfect shot before you even have a chance to edit.

As you develop as a photographer, especially if it's on Instagram, you have to stay true to yourself. Lu warns that you can't be doing it for followers. It has to be genuine, or people will see through it and lose interest. Find what you love and what you're passionate about, and it will show through your work and create interest.