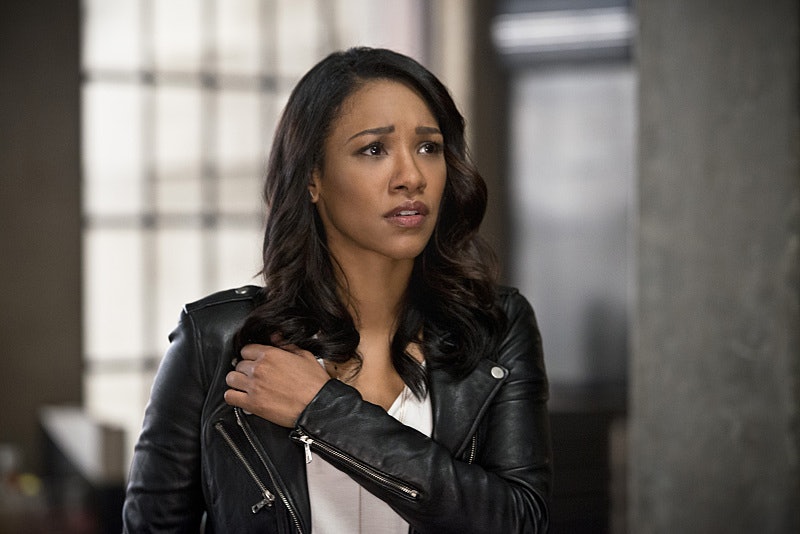 While this week's episode of The Flash was all about letting go of minor characters, like Francine and Patty, next week's episode we might be preparing to lose someone major. Because, if the trailer for "Fast Lane" is to be believed, Iris West might die on The Flash next week. *Clutches heart* How could the powers that be let this happen? How could Barry Freakin' Allen let this happen?!

Well, before we hitch a ride to Los Angeles and stage an impassioned protest outside of The Flash's writer's room, let's take a more in-depth look at what happened. Yes, in the trailer, Iris gets a shard of particularly sharp looking glass thrown at her by someone (Zoom?) with impeccably good aim. Yes, we see Barry catching a fallen Iris in his arms. And, yes, we hear him say the dreaded words, "I wasn't fast enough." But, let's get real.

Team Flash is full of life savers. Even if Barry wasn't fast enough, we have Cisco who can see the future, Caitlin with unparalleled medical skills, and Wells with the ability to do just about everything. You can't tell me that with all these well-equipped heroes at their disposal that they're just going to let Iris West of all people die, are they?! Of course not!

The thing is, I am sure Iris is going to be fine, though the trailer above doesn't make it look like she will be. I just don't know how she's going to, get fine, you know what I mean? Does Barry eventually get fast enough? Does Cisco predict this incident before it happens? I guess we'll just have to pour over any new trailers released to try and sate our curiosity until "Fast Lane" reveals what really goes down.