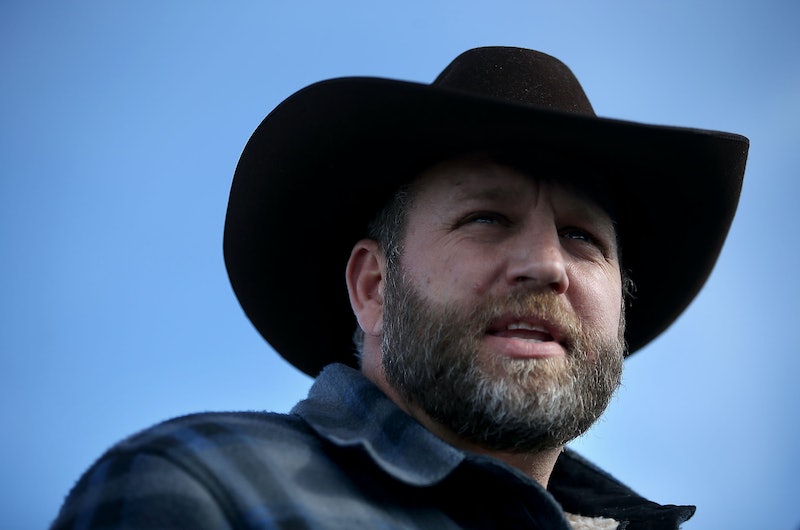 A group of people have been occupying the headquarters at the Malheur National Wildlife Refuge since the very beginning of January, including its leader, Ammon Bundy, was just arrested in Oregon by federal authorities. Tensions have been high as the protest — which is on its 25th day — has continued over the imprisonment of two local ranchers who reportedly set fires on federal lands and perceived "government overreach." And now with Bundy's arrest and the reported detainment of at least eight other people, the confrontation has flared again.

Bundy and some of his "followers" were reportedly on their way to a community meeting in a town about 70 miles away when a traffic stop took place, KATU reported. What happened next is still unconfirmed, but shots were allegedly fired. It's not yet clear who fired first. According to several reports, one member of the Oregon group has died.

However, Oregon Public Broadcasting reported that the Harney District Hospital in Burns, Oregon — about 30 miles from the wildlife refuge — was on lockdown, and a highway intersection had been closed down by the Oregon Department of Transportation. It has not been determined if any of these incidents are related.