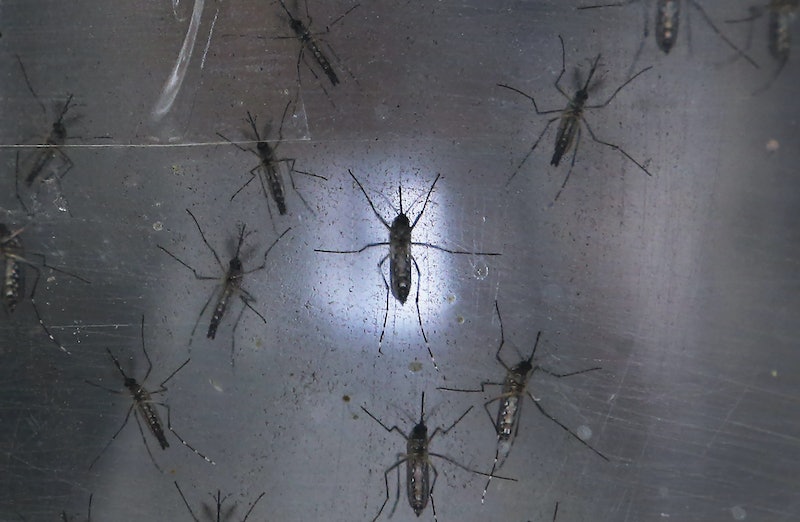 The mosquito-borne Zika virus is quickly spreading, and has now been found in 22 countries across the Americas. First detected in Brazil in May, the infection causes fever, rash, joint pain, and conjunctivitis, and has been linked to babies born with underdeveloped brains. Since the 2016 Summer Olympics will be held in Rio de Janeiro, many people are concerned that the Zika virus will affect the Olympics.

There is currently no vaccine or medicine to prevent or treat the illness. The World Health Organization (WHO) warned that the Zika virus will likely spread to every country in North and South America except for two. "Aedes mosquitoes — the main vector for Zika transmission — are present in all the region's countries except Canada and continental Chile," WHO said in a statement sent to CNN. The international response to the virus' spread has been very cautious — the Centers for Disease Control and Prevention (CDC) issued a travel alert for Americans visiting the affected region, some countries warned women against getting pregnant because of the averse affects on newborns, and airlines began refunding tickets to Latin America. However, around 80 percent of infections don't culminate in symptoms, so most people bitten by the Aedes mosquitoes don't get sick.

Preparations are already under way for how to deal with the outbreak in Rio de Janeiro, where thousands of athletes from around the world will compete this summer. Brazilian authorities announced plans to inspect all Olympic facilities four months before the games begin — so, in April — to eliminate the pests' breeding grounds, as well as daily inspections during the games. Fumigation will be done on a case-by-case basis, taking into consideration the health of visitors and athletes who would breath in the chemicals. Luckily, mosquitoes will be less prevalent in August, as the month will be cooler and drier in Brazil.

Individual countries' Olympic committees are taking action as well. A British Olympic Association spokesperson told BBC that it will monitor the situation leading up to the Olympics, making sure its team members have "the most up-to-date travel medicine advice, which includes information on bite prevention strategies." The Australian Olympic Committee warned pregnant athletes about the risks of traveling to Brazil during the outbreak. "The health and wellbeing of all our team members is paramount, especially those females in the team of child bearing age," said Kitty Chiller, the head of Team Australia, in a statement.

If the Zika virus isn't under control before the Olympics begin Aug. 5, some athletes and fans might decide to skip the 2016 games. However, it isn't likely that the games will be cancelled or that tons of Rio de Janeiro visitors will get sick.

More like this
7 Exercises That'll Level Up Your Tennis Game
By Carolyn Steber
How To Fight For Reproductive Rights, Based On How Much Time You Have
By Courtney Young
The Music Industry Continues To Fail Black Women
By Precious Adesina
Sarah Everard’s Killer Wayne Couzens Is Appealing His Whole-Life Sentence
By Sophie McEvoy
Get Even More From Bustle — Sign Up For The Newsletter