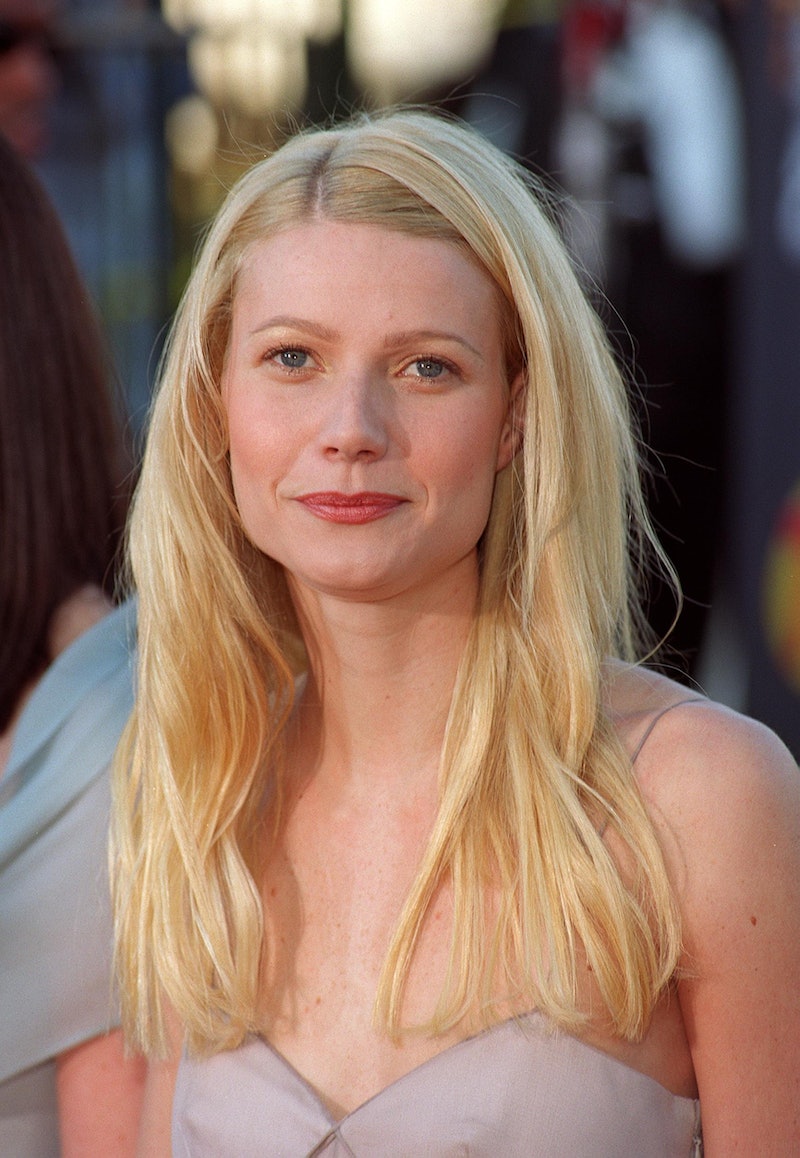 The SAG Awards have long been the source of many a red carpet triumph — in fact, they've been quite the well-dressed awards show since their inception back in 1995. So, was there a particular SAG Awards dress that defined the '90s? Let's discuss.

Well, there's only a half-decade's worth of dresses to choose from, but boy, did they make it count. I mean, Susan Sarandon took to the red carpet in 1997 in a one-shouldered burnished gold gown, paired with round sunglasses. Alex Kingston went full-blown '90s camp in a periwinkle crop top paired with a ruffled skirt (River Song would SO approve). Heck, even bona ride red carpet queen Cate Blanchett wore a white beaded tea-length frock that wouldn't have looked out of place in your family Easter photo circa 1999, right down to the bobby-pinned, center-parted hair.

That said, when it comes to picking the one SAG Awards dress that defined the '90s? I think we've got to go with Gwyneth Paltrow. After all, the late '90s were her hey day in a major way — Shakespeare in Love came out in 1998, and she swept a good deal of the awards for that season. She is, of course, most famous for the iconic pale pink Ralph Lauren ball gown she wore to the Oscars, but her SAG Awards dress for that year was pretty darn fab as well:

Oh, and in addition to winning big and looking like a fairy princess come to life? Ms. Paltrow also happened to be carrying the most '90s mini-purse ever.