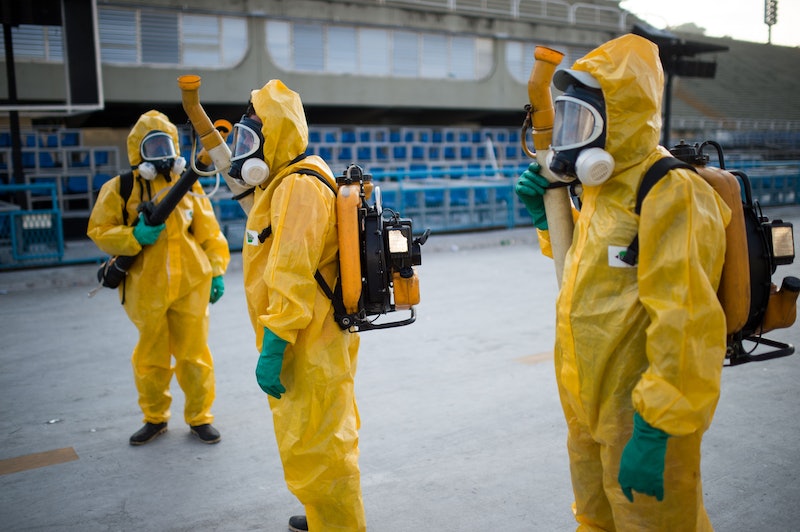 If you're the kind of person who wants to stay apprised about any uncommon infectious diseases that could be making their way to the United States, then there's a decent chance you've heard of the Zika virus. Over the past couple of weeks, Zika has been looming large in the news, with outbreaks spreading throughout numerous South American countries, and experts warning that the United States should prepare itself as well. So, what can you do to protect yourself? First and foremost, it's important to know which countries the Zika virus is in, because otherwise, it's hard to know if you're at risk.

Luckily, thanks to public health agencies like the World Health Organization (WHO) and the Centers for Disease Control (CDC), it's not hard to find out just where the Zika virus is being seen, and therefore what areas you might like to avoid. While the Zika virus is not curable, and is usually over anywhere from days to weeks, it may pose unique risks to pregnant women ― as Julie Steenhuysen detailed for Reuters, it's been linked to birth defects in thousands of infants throughout Brazil. It's also potentially linked to Guillain-Barré syndrome, a serious autoimmune disorder which, according to the Mayo Clinic, is often preceded by some kind of infectious illness.

Here's the full list of countries with active Zika virus transmissions, as presented on the CDC's extremely informative fact sheet on the virus ― be forewarned, it's quite a mouthful.

If you're concerned about Zika, especially if you've been traveling in any of those countries where many cases have been reported, it's worth considering whether you've been bitten by any mosquitos lately ― that's the most common way that Zika is transmitted.

While the potentially serious health implications for infants are very important (the CDC has advised pregnant women not to travel to the countries listed above), it's not a very serious infection for most people, and as such there isn't a cure or vaccine that's been developed. Hopefully that will change soon ― on Wednesday afternoon, President Obama called for a rapid response to the spread of the Zika virus.