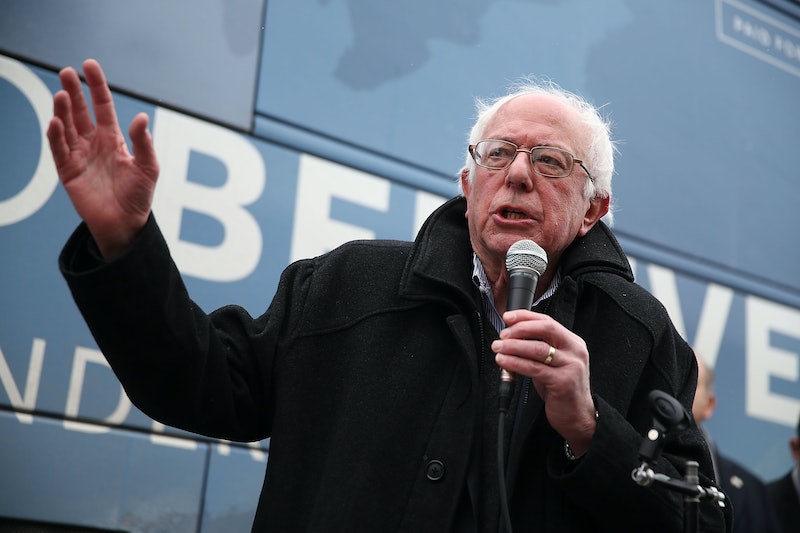 It sounds like a certain Vermont senator's chances in the presidential race are being taken more and more seriously. On Wednesday, Democratic presidential candidate Bernie Sanders met with President Obama. And according to the man himself, if went pretty well ― as BuzzFeed News detailed, Sanders described his time with Obama as "very positive and constructive."

Make no mistake, this is both big and good news for the Sanders campaign, especially as attacks have been flying from the Clinton campaign, accusing him of insufficient support and loyalty towards the Obama administration ― Sanders wasn't opposed to the idea of Obama being primaried from the left in 2012, and has been a critic of the administration for not pushing harder for a single-payer health care system, and on the Trans-Pacific Partnership trade agreement, among other things.

Obama has also recently voiced support for his former secretary of state in a wide-ranging interview. The POTUS acknowledged that Clinton entered as the front-runner, whereas he likened Sanders to a “bright, shiny object” and disputed comparisons between Sanders’ insurgent campaign and his own fight against Clinton in 2008. In other words, it was a good time for Sanders and Obama to have a meeting of the minds.

And by all accounts ― really, Sanders' account ― it went pretty well. Sanders acknowledged that he and Obama didn't agree about absolutely everything, citing the TPP as a major example, but was nonetheless upbeat following his Wednesday Oval Office meeting. As Mollie Reilly detailed for the Huffington Post, the White House isn't planning to endorse any candidate in the Democratic primary, and Sanders seems to think that Obama and vice president Joe Biden are being fair with him, allowing the space and credibility he needs to properly challenge Clinton for the nomination.

I know there was some discussion the other day about a Politico interview where he was tipping the scale towards Secretary Clinton. I don't believe that at all. I think he and the vice president have tried to be fair and even-handed in the process, and I suspect they will continue to be that way.

Needless to say, this is a big and useful step for Sanders, especially for any would-be supporters who're also Obama loyalists. Ultimately, the choice to run with a president's legacy or against it if you're a contender on the same side is one of the most fundamental decisions in presidential politics, and it's one where Clinton has sought an obvious edge. On Wednesday, however, it was Sanders and Obama chewing the fat, so to speak ― if only you could be a fly on the wall for that conversation, right?