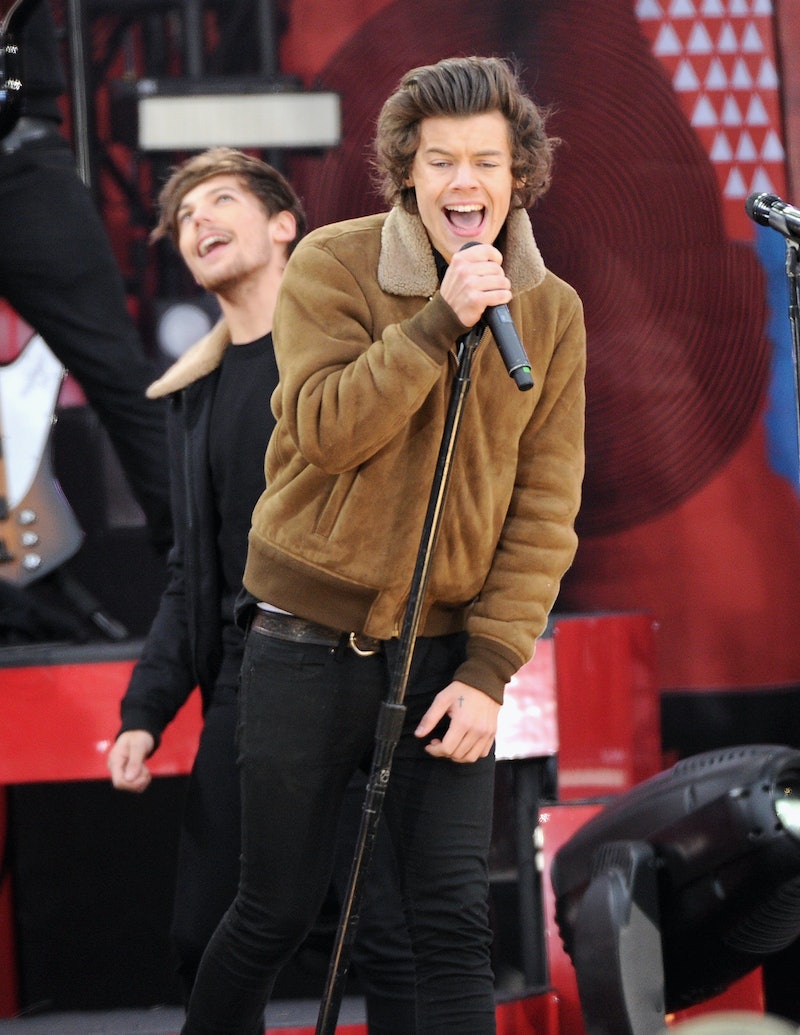 Oh, those British Harrys and their propensity for showing the world their bottoms. There was Prince Harry a while back, and a long while before that was Harry Potter, or at least his portrayer Daniel Radcliffe. Now One Direction's Harry Styles' got his bum out for all to see, though whether that was his original intention or not seems up for debate.

In some strange moment of musical kismet, the bum-baring itself took place at Sir Mix-A-Lot's house, aka the man still most famous for the song "Baby Got Back."

As for how the pic went public, Sir Mix-A-Lot seems to have found the picture, which shows an alleged Mr. Styles peeing in some bushes with his pants around his calves, on a One Direction fan Twitter and reblogged it asking Styles whose bushes he was peeing in. Turns out they were Sir Mix-A-Lot's.

Styles responded to the pic with a tweet simply saying "Mix-A-Lot's in trouble," but considering how busy the 1D PR team probably is trying to reign in all that Liam Payne kerfluffle from last week, Mix-A-Lot may be safe, especially considering that the whole thing has brought to light that a Twitter devoted entirely to Styles' ass is a thing that exists, surprising absolutely no one but perhaps delighting a few.