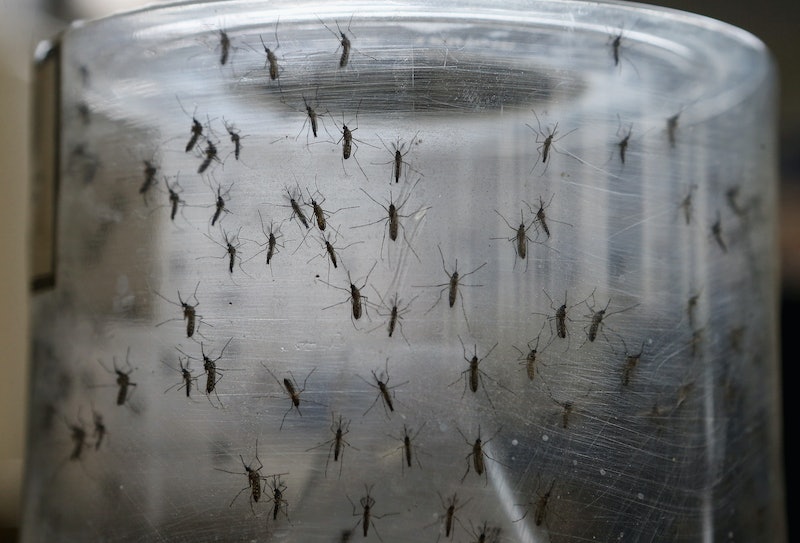 The Zika virus is all over the news, and for good reason: The mosquito-borne illness is afflicting people throughout Central and South America, and the Caribbean, through bites that can lead to fever, rash, joint pain, and conjunctivitis. Although the illness is typically mild, lasting in most cases a few days to one week, the outbreak may have more dramatic effects on unborn babies and even some adults. Women throughout Brazil have reportedly given birth to babies with a condition called microcephaly — or an abnormal smallness of the head — and some recorded cases of Zika in adults reveal damage to the nervous system. Therefore, it's natural to wonder, with the warmer months approaching, whether or not the Zika virus will affect the United States.

The answer is yes, probably. According to the World Health Organization (WHO), the virus, which was first spotted in 1947 in monkeys in Africa, has made its way across the world over the past century. It has spread on a massive scale throughout the Americas, beginning in Brazil in May 2015, generally existing in warmer climates. With the United States' close proximity to the Caribbean, and Central and South America, the WHO fears its presence in the country come the summer months. The most worrying aspect is that this virus has specifically mutated over the years to target humans, and is very similar in composition to yellow fever and dengue.

The New England Journal of Medicine reports that a vaccine may eventually see actualization, but, for the time being, no vaccine exists to hinder or prevent the Zika virus from spreading. According to Yale's Environment 360 and CNN, Oxitec, a British biotech company, produced genetically-modified Aedes aegypti mosquitoes by inserting two genes to help identify the mosquitoes, as well as cause their offspring to die. This occurred following the contentious and experimental sterile insect technique that caused female mosquitoes to instead mate with sterile males throughout Florida. Eventually, similar techniques — like adaptation of existing flavivirus vaccine platforms — may assist in eliminating viruses such as Zika from the globe, but these procedures are still in their early stages.

Testing for the virus is not yet commercialized and must be performed by the Centers for Disease Control (CDC) and some regional health departments. An infant's blood, and in some cases, placenta tissue, can indicate the presence of Zika or antibodies indicative of an ailment, but even antibody testing can yield inconclusive results. At this time, it is best to take precautionary measures to avoid spread of the virus.

To date, no person has acquired the Zika virus within the United States, though some have returned home carrying it from trips abroad. Those recorded cases occurred in states including Virginia, Arkansas, Hawaii, and California, and number about 20. However, although the disease is not yet spreading throughout the continental United States, the WHO is encouraging Americans to remain ever-vigilant and aware as the days warm up.