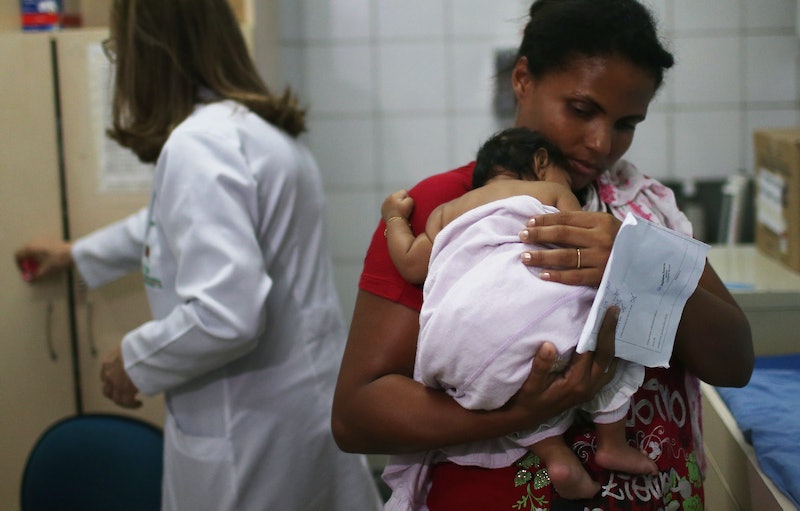 As the Zika virus tears through South, Central, and now North America, many countries have announced efforts to end the epidemic. El Salvadoran health officials have called for women to delay pregnancy until 2018 due to a possible link between the virus and birth defects, Brazil is employing its military in the fight against the virus, and the U.S. Center for Disease Control released a list of 24 countries Americans should delay travel to. Though it's true that these efforts can help diminish the spread of the virus, there currently is no cure, and it could be a decade before a Zika virus vaccine is available.

Scientists at the University of Texas Medical Branch are leading the search for a Zika virus vaccine. According to Nikos Vasilakis, an assistant professor at the university, a vaccine could be ready for testing within a year or two. Still, patients won't see a vaccine for possibly 12 years because of the FDA's extensive approval process. On Tuesday, Obama called for a dramatic increase in Zika virus tests, vaccines, and treatments, but a speedy development of a cure still wouldn't affect the FDA and other regulatory agencies' timeline. Brazil is working towards a vaccine as well, but it still wouldn't be ready for another five years.

The good news is that the majority of Zika virus cases have mild symptoms. The symptoms can include rash, fever, joint pain, and red eyes, but only one in five people infected with the virus show symptoms. The most pressing issue is the likely link between the Zika virus and a birth defect called microcephaly. Brazil, which has seen thousands of Zika virus cases in the last year, leaped from 147 microcephaly cases in 2014 to 2,782 in 2015. Babies born with microcephaly have smaller heads and can suffer from seizures, developmental delays, and limited hearing and vision. There is no cure, and treatments are really only available for facets of the condition like seizures and developmental delays. It's no surprise that pregnant women across the Americas are scared. Gleyse Kelly da Silva, a Brazilian mother of a child born with microcephaly told The New York Times:

I had never heard of Zika or microcephaly. Now I just pray that my daughter can endure life with this misfortune.

Before the 2015 surge in Zika cases, it seems hardly anyone knew about the virus, which is why U.S. scientists started their research only a few months ago. Unfortunately, Zika doesn't seem to be slowing down, and as more and more children are born with lifelong disabilities, I hope the scientists at the University of Texas overestimated when a vaccine can be ready.