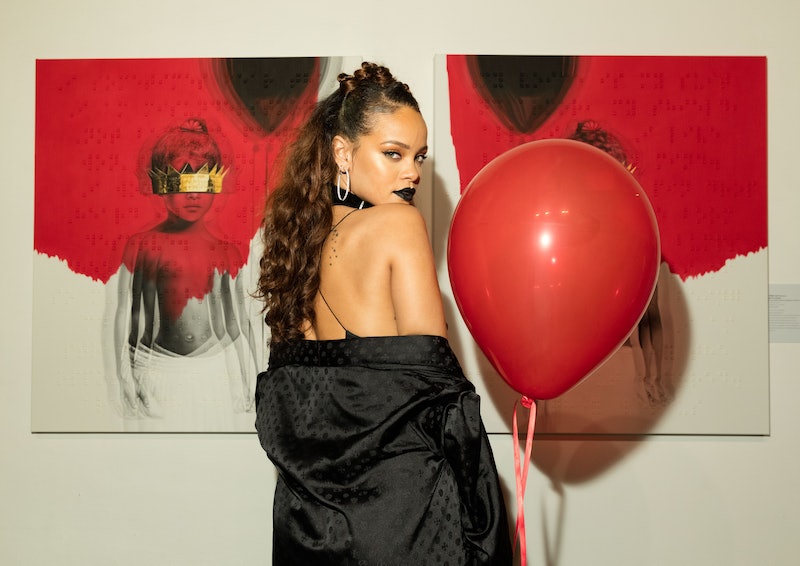 Rihanna has had a big day. After surprising us all Wednesday morning with a new single, "Work" featuring Drake, her entire eighth album, ANTI, was leaked online hours later. The 13-song album was released on Tidal, Jay Z's streaming service that's co-owned by RiRi, and ANTI is Rihanna's first album since 2012.

Needless to say, ANTI was highly anticipated. When Rihanna broke her impressive streak of seven albums between 2005 and 2012, fans waited with bated breath for the next installment. When it finally became available (by mistake) at 7 p.m. ET, dedicated fans quickly downloaded ANTI for free, and of course it spread from there. Soon enough, ANTI was all over the Internet, even after Tidal removed the leaked album from its site. After what can only be assumed to be resignation, Tidal put ANTI out again in full, and Rihanna fans are freaking out.

So far, Twitter has been overwhelmingly positive about the new album. The years of anticipation are finally over, and fans appear to be more than satisfied. Surprisingly enough, none of her 2015 singles made it onto ANTI, including "FourFiveSeconds," "American Oxygen," and "Bitch Better Have My Money," but if she didn't think those were good enough for the new album, there must be some quality content on there. If you want to hear Rihanna's latest, streaming and downloading will be available exclusively on Tidal for a week. But for now, let's look at what fans are saying about ANTI.

Then Some Clear Misunderstanding