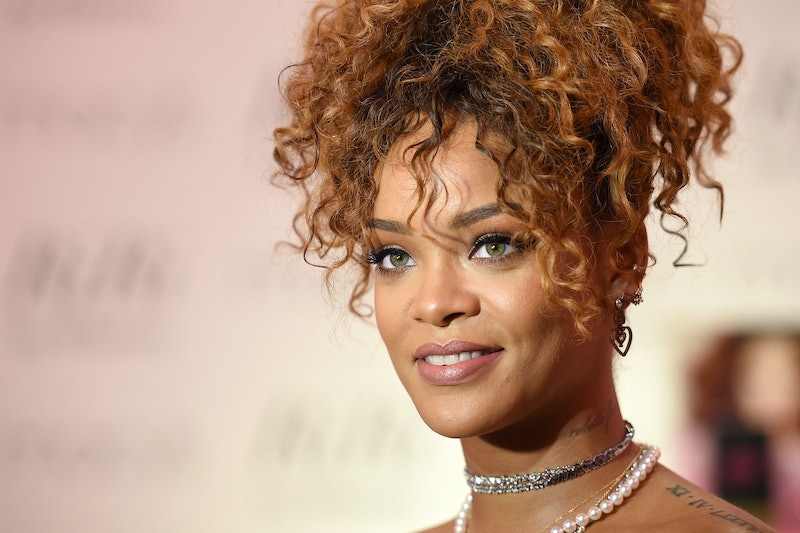 There's just no avoiding it, so the truth should come first: Rihanna's latest album ANTI is so not her best. Where are the super danceable beats listeners were graced with at the release of "We Found Love," "Diamonds," and the golden oldie, "Don't Stop The Music?" Where is the raw emotion fans had the chance to experience with "Stay" or even "Take A Bow?" I would have even been content with a few tracks at least on the level of the badass "Man Down." Sadly, you won't find a stand-out hit on ANTI, which dropped exclusively on music streaming service Tidal on Wednesday. So here is the unofficial list of Rihanna's ANTI tracks ranked from best to worst, although you could probably say the spectrum ranges from sorta bad to really, really bad.

The best of the worst oddly comes at the very end of the album. Maybe this was a purposeful decision to leave listeners with a semi-positive feeling by the album's conclusion, but I was ready to listen to almost anything else long before reaching ANTI's halfway point. So, if you are looking for some new Rihanna tracks that won't put a frown on that hopeful face of yours, it might be best to work your way backwards.

Rihanna's best track on ANTI is nice and soft — a serious contrast from the mix of bad, slow ones and the oddly harsh ones. You get the feeling that Ri was sober when putting together this song, making it really the only one you can connect with.

"Close To You" is another honest tune with only the essentials: Rihanna's voice and a piano. It's nowhere near as good as "Stay," but the feels are definitely there.

Rihanna went a bit gospel and blues rock on this one and channels Brittany Howard of Alabama Shakes. The result? An OK track that made me think of, well, Brittany Howard.

Okay, at this point the four last songs on ANTI are the four best songs from the album. Who came up with this track order? The penultimate track isn't super memorable, but it's simple. And the simple ones were the only ones working for Ri this time around.

Drake's smooth voice, which is a respite from all the downhill Rihanna is going on, is what saves this song. Ri apparently needs to do some work, work, work, work on getting back to a place of producing fun, dance-worthy hits.

If suave could be used to describe a song, this would be the occasion to use it. It's also just over one minute long, making it easy to handle compared to some of the others on ANTI.

This is by no means a winning track worthy of being the first song on the album. The song does offer, however, a funky beat and something different for the ears.

The song has a semi-interesting story line. So there's that. Can I run away with the man from this song in his old Monte Carlo? And can we play something other than this album during the ride?

Rihanna has experienced her fair share of dealing with substandard significant others, so part of me wants to say I am all about her writing a song about pointedly tossing a guy to the curb. "Needed Me" comes across as just a little mean-spirited, though.

This track gets a spot not on the bottom merely for Ri's effort to bring listeners on a funky psychedelic ride akin to the Beatles' "Lucy In The Sky With Diamonds." It's in the middle of the rankings, of course, because it fails to even get close to being in the same league as a Beatles tune.

Ri somehow managed to make an '80s-sounding song, complete with synthesizers and guitars, actually seem so not fun. Can't I just have some "Tainted Love" instead?

The fact that this track sits at just over two minutes, in this case, does nothing to improve its status on the ranking list. You may have "said it," Rihanna, but in this song you really said nothing.

Woo is right. Woo, I survived this song and I'm still here to tell the tale.