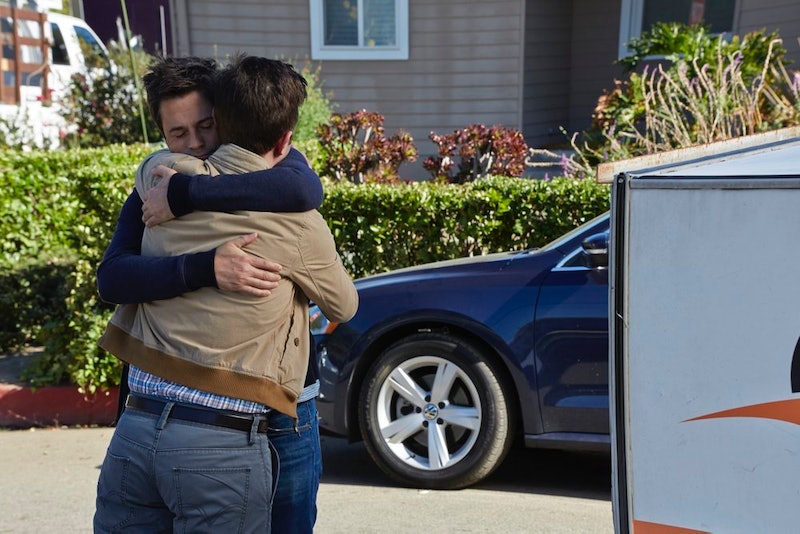 In two days, Ann and Chris will leave Pawnee to start their new life as maybe-engaged parents. We will be sad to see Rashida Jones and Rob Lowe leave the gang of government-employed misfits, but it seems like they're both moving on to more interesting things...Rob is going to play tennis, Rashida is following Steve Carell into a goofy cop show, and they both will still be very, very attractive all over the small screen. Even though Rob and Rashida aren't leaving, we will still miss the wacky chemistry that defines Ann and Chris.

Although many people have professed their love for the vertically challenged romance between Ben and Leslie, I have always rooted for Ann and Chris. With their unexpected breakups and awkward hallway exchanges, their love life feels more realistic than Leslie and Ben's perfect relationship. Seriously, Ben and Leslie are adorable, but the level of non-sarcastic cuteness sometimes sickens me. I feel the same way about April and Andy and their easy-peasy marriage--yuck. Luckily, Parks and Rec fans had couples like Ann and Chris to balance out the gooey lovesickness of the Leslie-Ben-April-Andy too-cute quadrangle. But now, we will be without the on-again, off-again Ann and Chris romance, lost in a sea of cuddling and make-outs. Sigh.

To prepare our tear ducts for Thursday's departure episode, here are the 11 reasons why Parks and Rec will be ruined without Ann and Chris.

Remember when Chris broke up with Ann, and she didn't even know it? Well, they have had their ups and downs, which only makes us love them more as a couple. And this scene is priceless.

6. Ann learns all of Chris's flaws...and loves it

The episode where Chris gets the flu will forever be one of my favorites. I may have a problem with "perfect human men."

5. Their friendship is still cute off-screen

When they were interviewed about their characters for the 100th episode of Parks and Rec, Ann and Chris--I mean, Rashida and Rob--talked about how they are exactly like their characters, and showed that they're friends off-screen as well.

4. The way he says her name

If someone said my name with that level of vigor every time they say me, I would constantly have a smile on my face. Even if it was after we broke up, or right before I asked for his sperm.

3. The way she got his sperm

Ann's awkward question at the Pawnee Correspondents Lunch had us all cringing, and we cringed again when Chris was supposed to donate. Thank goodness they had unprotected sex in the end.

2. Chris is the most supportive baby-daddy a girl could ask for

Who wouldn't want the health-obsessed Chris Traeger to jog them through their pregnancy? Probably Ann, if he keeps talking about her nipples. His positive pregnancy attitude is still adorable, though.

1. They clearly love each other, they just don't always know it