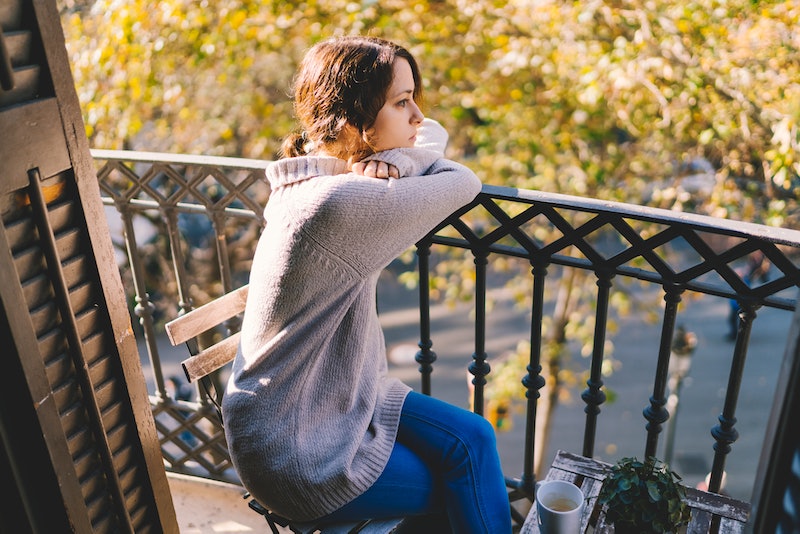 Want to go into therapy? Good for you! But where do you start? Take a number from a friend's phone, go get a recommendation from a GP or a clinic, call a mental health helpline? Or just throw a dart at the local therapist directory? Not so fast. There are many different types of therapy in the world, and understanding their differences and what particular things they target can be a pretty helpful if you're about to take the plunge. (Also, you're allowed to shop around a bit. Nobody says that one shot at cognitive behavioral therapy means you're marked with a giant CBT-ONLY scarlet letter and spurned by disgusted psychoanalysts in the street.)

Listing and explaining all the different therapeutic approaches would take a year and several more PhDs than I possess, but there are six main approaches that can be roughly put at the top of the list in terms of popularity. Others, including Gestalt therapy, art therapy, and psychosynthesis, exist as well, and if you're curious about any of them you should do your research thoroughly using trusted resources like The Counseling Directory, Good Therapy, and the American Psychological Association.

To get you started, here's a brief account of six common types of therapy. Any sound like a good idea? Go explore: these are only sketches and don't cover the full process.

What It Is: Counseling is sometimes used as an umbrella term for all talking therapies, but it's also a focused approach of its own. You're usually offered counseling after something bad happens to you or you need assistance coping with the emotional fallout of current circumstances. For instance, counseling is offered to people after major disasters or traumatic events.

Counseling in these situations is usually centered around listening without judgement, giving you a space to discuss your emotions, and giving you strategies for coping and adjusting as you move forward. There are specific bereavement counselors, gender dysphoria counselors, and other counseling services focused on one particular kind of issue or occurrence. Specialization may be a good idea if you're looking for a counselor who can really have an in-depth knowledge of your particular situation.

It Might Be Right For You If: You need help coping with a current series of events; like grief, job loss, serious change, infertility, or other serious problems that are specific and recent.

Behavioral therapy on its own involves a lot of physical strategies to shift behavior, including things like "flooding" (where a person is surrounded by the thing they fear), "modeling" (imitating others), and "aversion" (where an unwanted behavior becomes associated with a negative stimulus).

It Might Be Right For You If: You suffer from depression, panic attacks, or anxiety disorders, in which case CBT (as cognitive behavioral therapy) is often recommended. Behavior-based therapy on its own is often recommended for things like obsessive-compulsive disorder, addiction, and phobias.

What It Is: Psychotherapy is an blanket term for a number of therapeutic approaches, all of which look into the individual's past. This is the typical "talking therapy," the kind you see in cartoons where people lie on couches talking about their mothers. But that's a really reductive view of what it does.

Psychoanalysis, based on the ideas of Sigmund Freud, is based on the idea that a lot of problems are rooted in the patient's unconscious, including repressed traumas and hidden memories, and can be uncovered and helped if the therapist helps delve into your past. Popular types of psychotherapies include psychoanalytic therapy (which is long-term) and psychodynamic therapy (which tends to be shorter and more issue-focused in the short term).

It Might Be Helpful If: You're generally OK in the immediate, but have some aspects of your life that you don't quite understand, or deep conflicts that you want to be able to undo in an understanding, patient environment. (Psychoanalysis tends to be a prolonged treatment, and can also just be a means of knowing yourself better.) Psychodynamic therapy also tends to be recommended for people suffering from anxiety, loneliness, stress, or sexual problems. But it does come with a warning: if you really struggle with your past, it may be very difficult (if beneficial) for you.

What It Is: This is, basically, therapy that's not just about you. It's done with either your other half or the rest of your family, depending on what's being tackled, and focuses on rooting out tricky dynamics and long-standing emotional patterns in a supportive environment. Family therapy's also called systemic therapy, because it's based on something called systems theory, which views the family as an emotional unit with its own internal rules and relationships. Systemic therapy is, basically, about getting the system to work better.

Couples therapy can be hugely varied: some therapists think couples should see a therapist both together and individually, for example. The fundamental goal, however, is to help an ailing intimate relationship, whether it's suffering from sexual difficulties, persistent anger issues, recurring fights, distance, or anything else.

It Might Be For You If: Your entire family and/or both partners in your relationship recognize that there's a deep problem (or several) and want to make it better. This intention, apparently, is a key to success: Psychology Today points out that couples counseling will only work if you're both primarily motivated by love and the desire to improve.

What It Is: EMDR, as it's called, is used specifically for people with traumatic memories (for instance, sexual assault or wartime experiences). It's a relatively new therapy, developed to help people cope with these memories and the powerful emotions that accompany them.

Using your own eye movements, other physical stimuli (like the therapist waving their hands) and the painful memories, the therapy hopes to gradually make you feel less and less distress. It's attracted controversy, and is still viewed as highly specialized.

It Might Be For You If: You suffer from post-traumatic stress disorder or have experienced a significant traumatic event that's causing you serious distress.

What It Is: Existential therapy is an interesting one. It's got a deep intellectual history, and doesn't place the same priority on the past as other types of therapies. It prioritizes the patient's own subjective experiences. According to Irvin D. Yalom (quoted over at the Counseling Directory), existential therapy tries to help individuals deal with the four "givens" of human existence: "the inevitability of death, freedom and its attendant responsibility, existential isolation, meaningless".

It can be tricky to understand, but the Counseling Resource has a pretty clear definition of the aims of existential therapy: "exploring meaning and value and learning to live authentically — that is, in accordance with one’s own ideals, priorities and values." That can, existential therapists believe, be the source of a lot of misery and anxiety in such a difficult world.

It Might Be For You If: You're trying to find purpose, are feeling confused and isolated, and find the philosophical problems of existence really hard to deal with (like most humans).