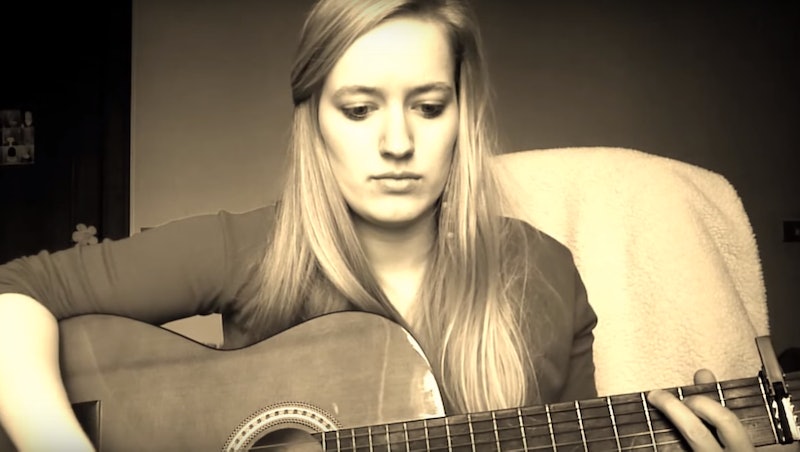 Who says Latin is dead? The ancient language sounds alive and well in this Latin cover of “Pompeii,” the catchy 2013 hit by British indie pop band Bastille that’s still probably in heavy rotation on your workout mix. The song’s title and lyrics reference the ancient Roman city of Pompeii, which was buried under a thick layer of ash when Mount Vesuvius erupted in 79 AD. This acoustic cover of Bastille’s original was recorded by Belgium-based YouTuber Heleen Uytterhoeven, who explains, “A song with the title of an ancient Roman city deserves a Latin translation.”

As linguist Akira Okrent points out in Mental Floss, Uytterhoeven’s rendition of “Pompeii” is gorgeous on its own, but it’s especially cool to see how Bastille’s modern lyrics translate into Latin. Lines like “We were caught up and lost in all of our vices/ In your pose as the dust settled around us,” referencing the volcanic blast that left people preserved in the poses in which they died for centuries, seem especially haunting in the language of the people of Pompeii (“Tenebamur et perditi in omnibus vitiis./ In habitu tuo dum pulvis porrigit circum nos”).

One of my favorite aspects of this video is that it has people responding in Latin in the comments and arguing vehemently about the accuracy of Uytterhoeven’s translation. Given the state of most YouTube comment threads, it’s positively refreshing to see people squabbling about things like pronunciation and grammatical gender agreement.