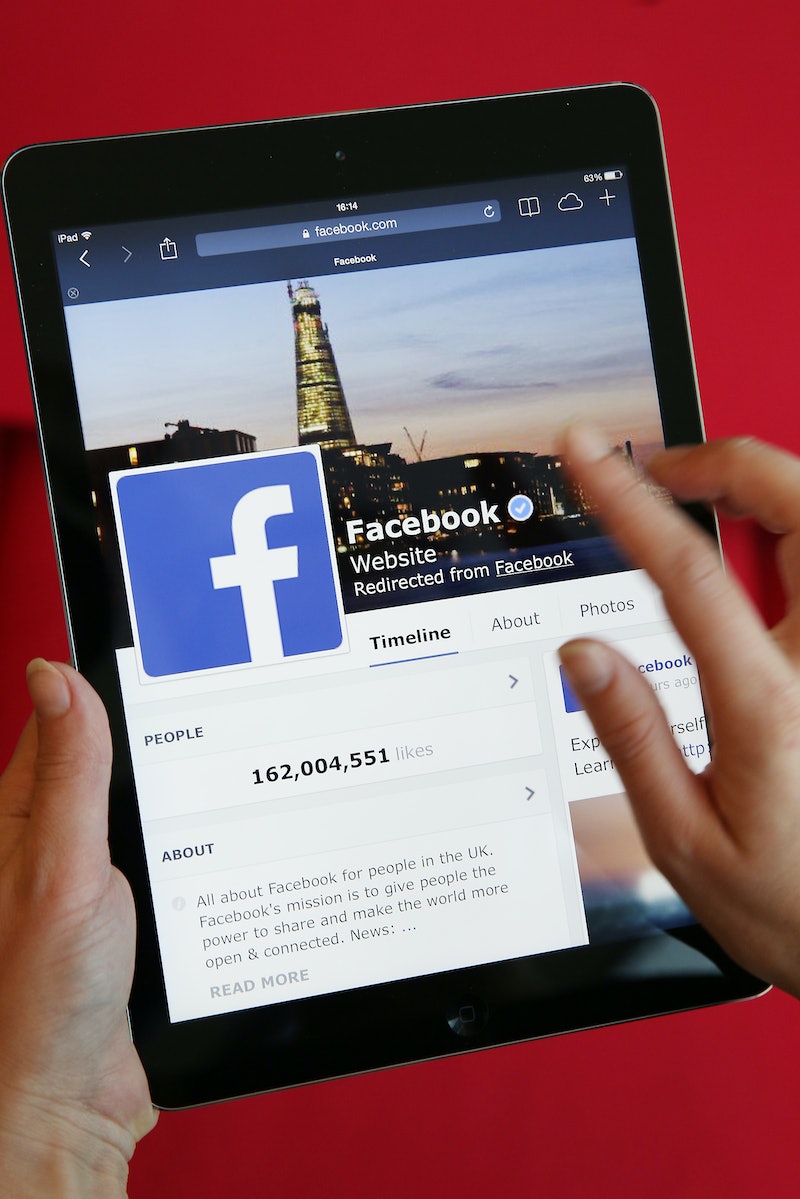 We first heard news that Facebook's live video broadcasting feature was going to be coming to a wider audience back in December — and now, that day has finally arrived: As of Jan. 28, 2016, Facebook Live Video is available to all U.S. iPhone users. The tests for Live Video began back in August, with select public figures like Dwayne "The Rock" Johnson and Martha Stewart having been the first ones to gain access to this feature; December's news revealed that the test had been a success and that a second small test had begun for a select number of everyday people; and since then, the rest of us have just been waiting for the day when we would be able to access Live Video, too.

And today, the wait is finally over. According to the Facebook Newsroom, Live Video is now available within the Facebook app for all U.S.-based iPhones; furthermore, there are plans for the launch to expand to the rest of the globe within the next few weeks. "It has been inspiring to see all the ways that people have used Live to connect with their friends and family. Today, we're excited to expand the ability to share live video to everyone in the U.S. via iPhone," Product Manager Vadim Lavrusik said in a statement about the news.

In order to share a live video on Facebook, simply click on the "Update Status" button inside of the app; then chose the icon that says "Live Video." You can then select who you want to see your video and write a short description of your broadcast, if you wish. As you broadcast, you can see the names of the Facebook friends who are watching your live stream, as well as interact with them in the comments. Once you end your broadcast, the recording of the video will appear on your Timeline like any other Facebook post, enabling you and your friends to re-watch it at any time.

I decided to test this feature for myself to see how it worked. Just like Facebook said, all I had to do was go into the "Update Status" section — it actually showed me a little icon where the new Live Video feature lived. I clicked on it, went through a few information screens, and started broadcasting.

Once I ended the video, I saved it to my Timeline.

Not into broadcasting yourself, but interested in following the videos of celebrities or other public figures? Not a problem — you'll be able to see any videos they record right in your News Feed. You can also subscribe to someone's broadcasts, so that you're notified every time they go live.

Unfortunately, the feature is limited to iOS devices right now, although Facebook has assured users that they're working hard to bring it to Android devices.