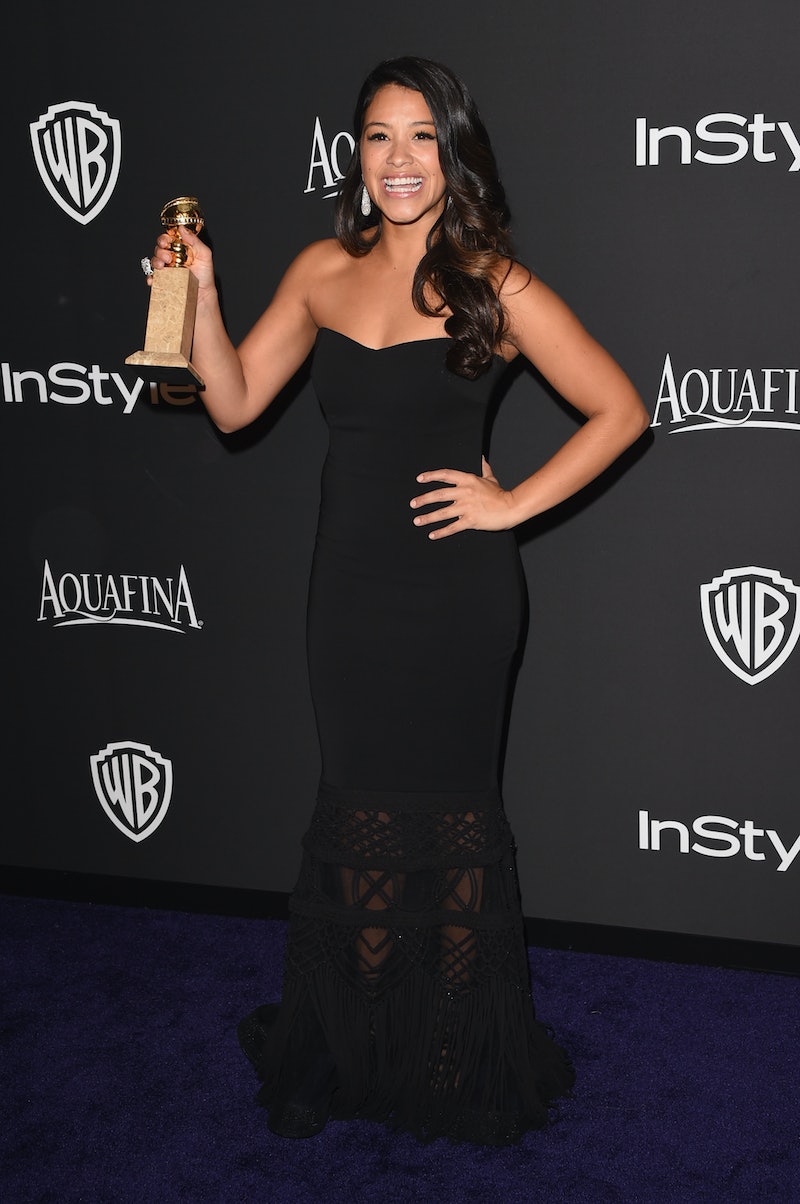 In case you needed another reason to adore the lovable star of Jane The Virgin, look no further. Actor Gina Rodriguez is giving her Golden Globes dress to a fan — or at least letting her loan it. How, you ask? The magic of Twitter, people. The magic of Twitter.

Twitter user Jessica Casanova reached out to Gina Rodriguez, telling her that she'd love to wear her dress to prom. (As you do.) And, being the fairy godmother that she is, Gina responded that she might be able to make it happen. If the loan (or gift!!!) works out, I think Jessica's high school has a shoe-in for Best Dressed at Prom.

The black mermaid-style Badgley Mischka creation, from the brand's Pre-Fall 2015 collection, would certainly have put my $160 Cache prom dress to shame. But how was I supposed to know that you could just reach out to a celeb and ask to borrow an awards show gown? A teaching moment, I guess.

Not only is the dress a major designer masterpiece, but it's a literal winner. Rodriguez won the Golden Globe for Best Actress in a Comedy Series at the 2015 awards, so you know that dress has seen some luck and some talent. Not a bad combination for prom, huh?

Here's how the convo went:

After exchanging a few deets (Jessica lives in Buffalo, in case you were wondering about the answer to that question), Gina made the whole thing even realer:

Maybe she can send it my way after Jessica has her turn. Not that I've got anywhere fancy-schmancy to go, but for this dress, I'd find a reason to wear it.