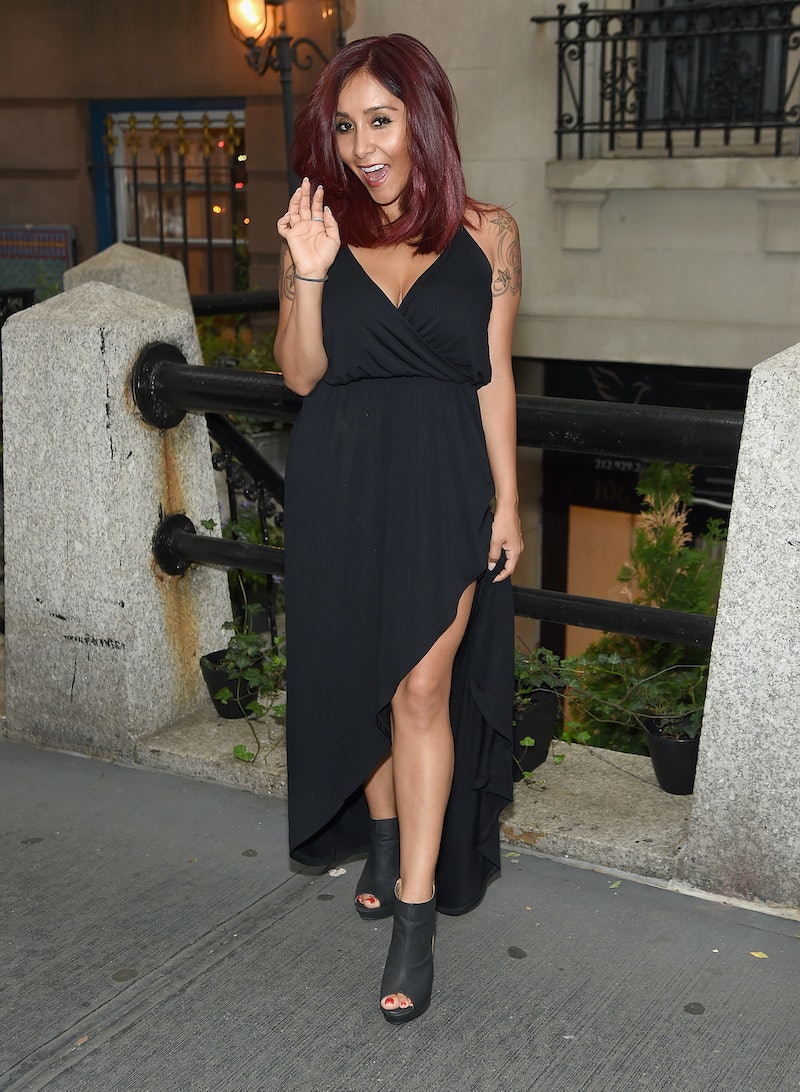 Thank the TV gods above, for NBC has announced who will be on the next installment of the reality competition series where a ragtag group of famous folk vie for the title of Best Apprentice. So, who is slated to join new host Arnold "Hasta la vista, celebrity" Schwarzenegger on the upcoming season? As E! News reports, the list of Celebrity Apprentice Season 8 contestants includes Laila Ali, Boy George, Kyle Richards, Porsha Williams, Brooke Burke-Charvet, Carson Kressley, Lisa Leslie, Nicole Polizzi— Uh, hold the duck phone. The one, the only, the Jersey Shore legend Snooki will be throwing her Bumpit-free pouf into the Celebrity Apprentice ring?!?! WHAT A TIME TO BE ALIVE. I haven’t been this fired up about a Celebrity Apprentice casting choice since Making the Band's Aubrey O’Day ruled the reality show's boardroom. (Side note: I still can't believe the "Show Stopper" singer didn't make it to the finale. She. Was. Robbed.)

1. She Has An Inquisitive Mind

And lady is not afraid to ask questions. Forgive me if I'm wrong, but I'm fairly certain a thirst for knowledge has never hurt anyone on Celeb Apprentice.

2. She's Never Been One To Mince Words

Rather than ramble on, Snooki knows how to cut right to the non-sugarcoated chase. This is a huge asset in the Celeb Apprenticeworld; time is money, after all.

3. She Will Bring Down The Hammer When Necessary

4. She Created A Catchy Catchphrase

If that doesn't show marketing savvy, I don't know what does.

And who doesn't want to see a good person succeed?

6. And Whenever She Finds Herself In A Pickle, She Knows Just What To Do

Here's to Season 8. *Raises glass of pickle juice.* You got this, Snickers.