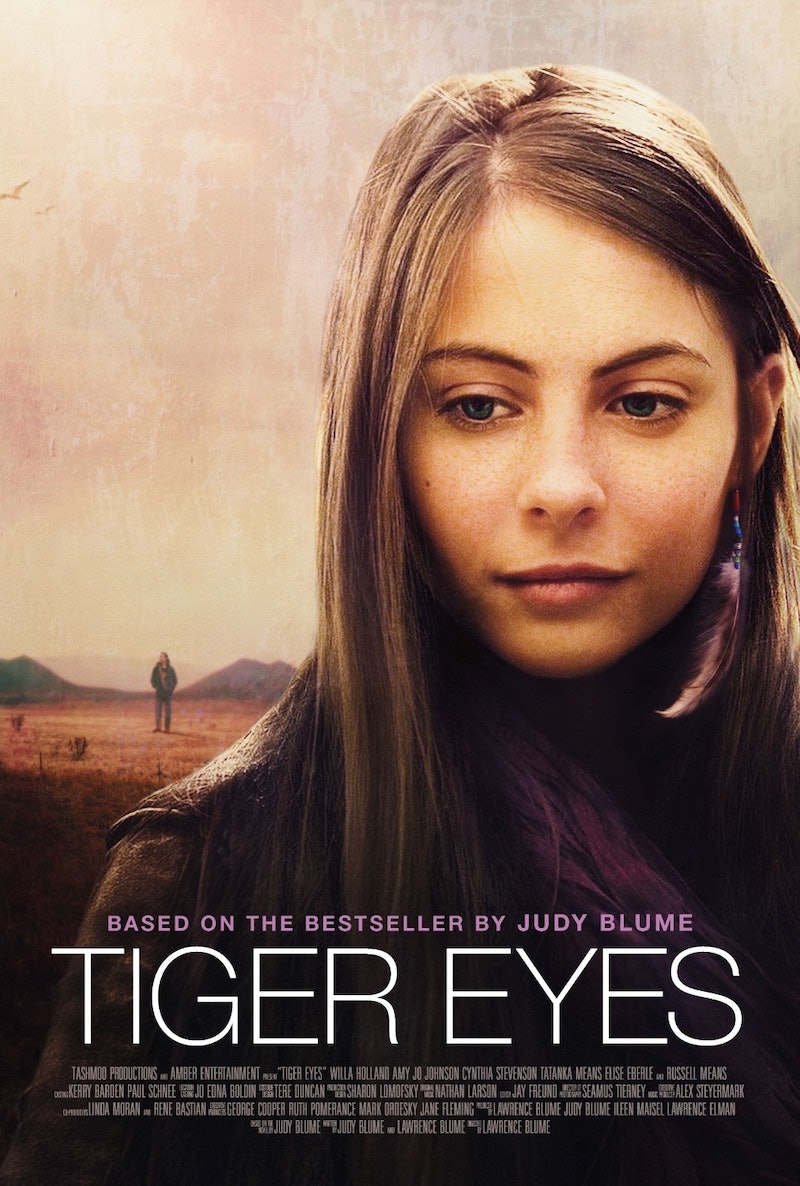 As every woman who came of age at any point from 1970 to the present knows, there are many reasons to love Judy Blume. For one thing, there’s her Twitter account. Boasting over 90,000 followers, the renowned author’s feed is filled with gems, ranging from the serious – the announcement that she had cancer, an “I’m okay” tweet after a frightening home invasion – to the light-hearted – frequent, friendly exchanges to several surprising celebrity friends, from Patton Oswalt to Zooey Deschanel. There’s also Blume’s hilariously outdated website, last updated in 2007 and featuring a home page with the author’s face attached to an animated kayak. Then, of course, there are her books. Over the course of 40 years, Blume has authored 27 novels, many of which have been passed down from generation to generation as how-to guides for growing up. One of them, 1981’s Tiger Eyes, hit the big screen this summer. Written by Blume and directed by her son, it was a relatively faithful adaptation of the book, which revolved around Davey, a teenager dealing with her father’s sudden death.

Surprisingly, Tiger Eyes was the first of Blume’s many novels to be made into a feature film. This is a real shame, because her books, which deal with movie-ready topics like sex, divorce, and bullying, practically beg to be adapted into films. While the reviews for Tiger Eyes weren't great, hopefully it won't stop more of Blume’s novels from hitting the big screen. Here are a few we’d like to see:

Blume’s most frequently challenged novel could potentially become one of film’s greatest teenage love stories, as long as the right people were involved. The story of Katherine and Michael, high school seniors whose relationship is destined to last “forever” (or so they believe), is just sexually explicit enough to stir up the controversy needed to drive a movie. I could see Shailene Woodley and Logan Lerman starring.

Tales of a Fourth Grade Nothing

The first of Blume’s “Fudge” series, Nothing is the story of a 9-year-old boy and his relationship with his 2-year-old brother. Like its three sequels, this novel is meant for young readers, and so as a film, it would fit squarely alongside kid favorites like Diary of a Wimpy Kid and How to Eat Fried Worms. If the film was a hit, some very lucky studio would have a very lucrative franchise on its hands, with Blume-created sequels at the ready.

Published in 1974, the novel revolves around Jill Brenner, a fifth-grader who begins bullying an overweight new girl, Linda, cruelly nicknamed “Blubber” by her middle school classmates. To make this story flow as a film, the two central characters would have to be played by strong young actors who could expertly handle the constant pre-teen waffling between self-assurance and extreme insecurity. The choices for talented actors that young are limited, but I could easily see The Descendants’ breakout Amara Miller working wonders as Linda.

One of Blume’s few novels for adults, this 1998 coming-of-age tale focuses on the lives of two best friends over the course of several decades. It may seem like its long timeframe would make it unsuitable to be translated into film, but I disagree. Need some examples? Here are three: Beaches. Terms of Endearment. Steel Magnolias.

One of Blume’s earliest works, this 1973 novel chronicles the life of a 13-year-old beauty whose path to modeling stardom is derailed by a scoliosis diagnosis. Forced to wear a back brace, Deenie resigns herself to an awkward, painful adolescence, only to eventually come to terms with her condition and, subsequently, her own self-worth. As many of Blume’s books are, Deenie is controversial, with subplots dealing with sexuality and masturbation. As a coming-of-age story, it’d work well as a film. Although Elle Fanning looks nothing like the book’s brunette Deenie, I could see her capturing the vivacity of the lead. As for the supporting roles, J.K. Simmons would be great as Deenie’s tough but loving father, and Toni Collette would fit the role of her demanding tiger mom.