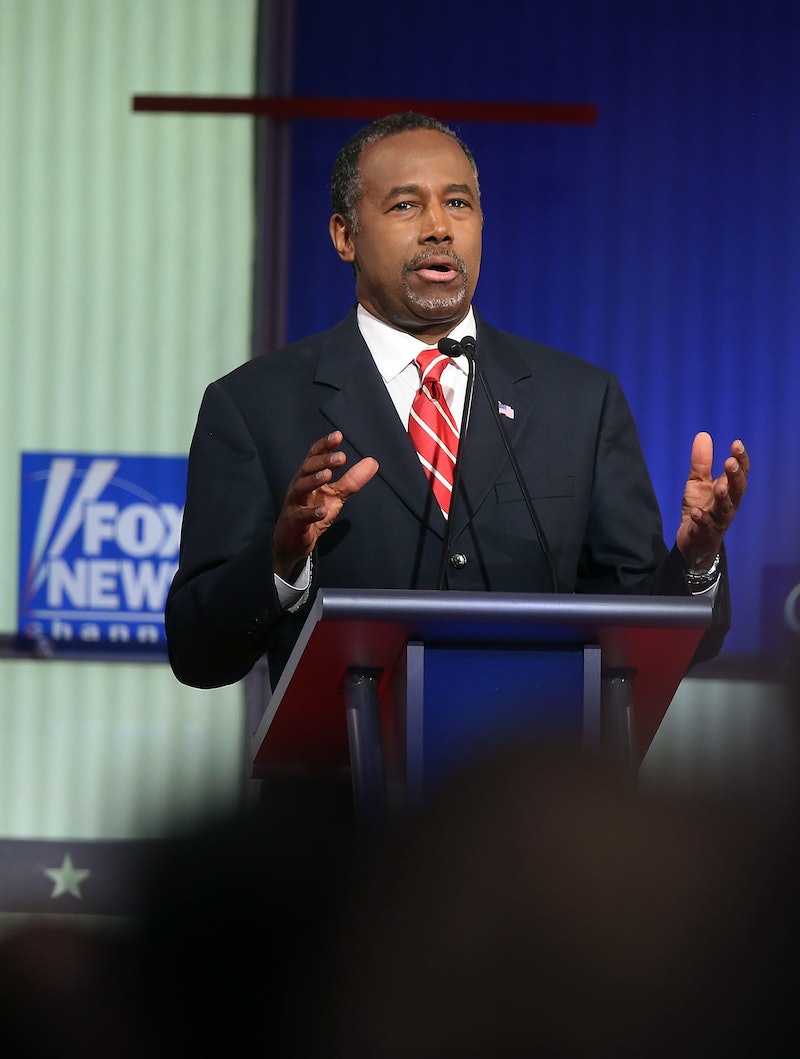 The last Republican presidential debate before the Iowa caucuses took place Thursday night at the Iowa Events Center in Des Moines, Iowa, with just a measly seven candidates on stage. A last-minute decision to boycott the debate by GOP front-runner Donald Trump left the remaining candidates with more talk-time, giving underdog candidates a chance to gain much-needed ground ahead of the primaries. For one such candidate, the evening was an eleventh-hour attempt to make some kind of impression on voters, especially the uncertain Iowa electorate. Ben Carson's closing statement seemed to be an almost verbal waving of the white flag.

In his closing statement Thursday, a visibly deflated Carson recited the first few lines of the American Constitution.

I want to thank the people of Iowa for being so welcoming to me. Please think of our founding fathers as you listen. 'We the people of the United States, in order to form a more perfect union, establish justice, insure domestic tranquility, provide for the common defense, promote the general welfare and secure the benefits of liberty to ourselves and our posterity do ordain and establish this Constitution for the United States of America.' Folks it's not too late. Enough said.

As the rivalry between Trump and Sen. Ted Cruz heated up in recent weeks, Carson's flagging campaign has hit obstacle after obstacle. Questions of Carson's understanding of foreign policy and the resignation of both his communications director and campaign manager late last month have seen the retired neurosurgeon drop from the top of the polls in Iowa to the single digits ahead of Thursday's debate. The death of a campaign staffer in a car accident in Iowa last week has added further distraction to Carson and his campaign.

Carson, who has campaigned on a platform built on his religious values and his non-political background, attempted to address concerns of his political prowess in the days leading up to Thursday's debate by releasing policy proposals on tax reform, cybersecurity, and a "prescription for defeating the Islamic State."

Carson's closing statement was likely meant to be an impactful mic drop, reminding viewers of their political power in the electoral process. However, as a clear underdog with shrinking support going into Thursday's debate, he failed to capitalize on a Trump-less stage and make the kind of impression his flagging campaign needed to pull off a strong show at the caucuses in Iowa on Monday. In all likelihood, Carson's closing statement Thursday may just be his last words.