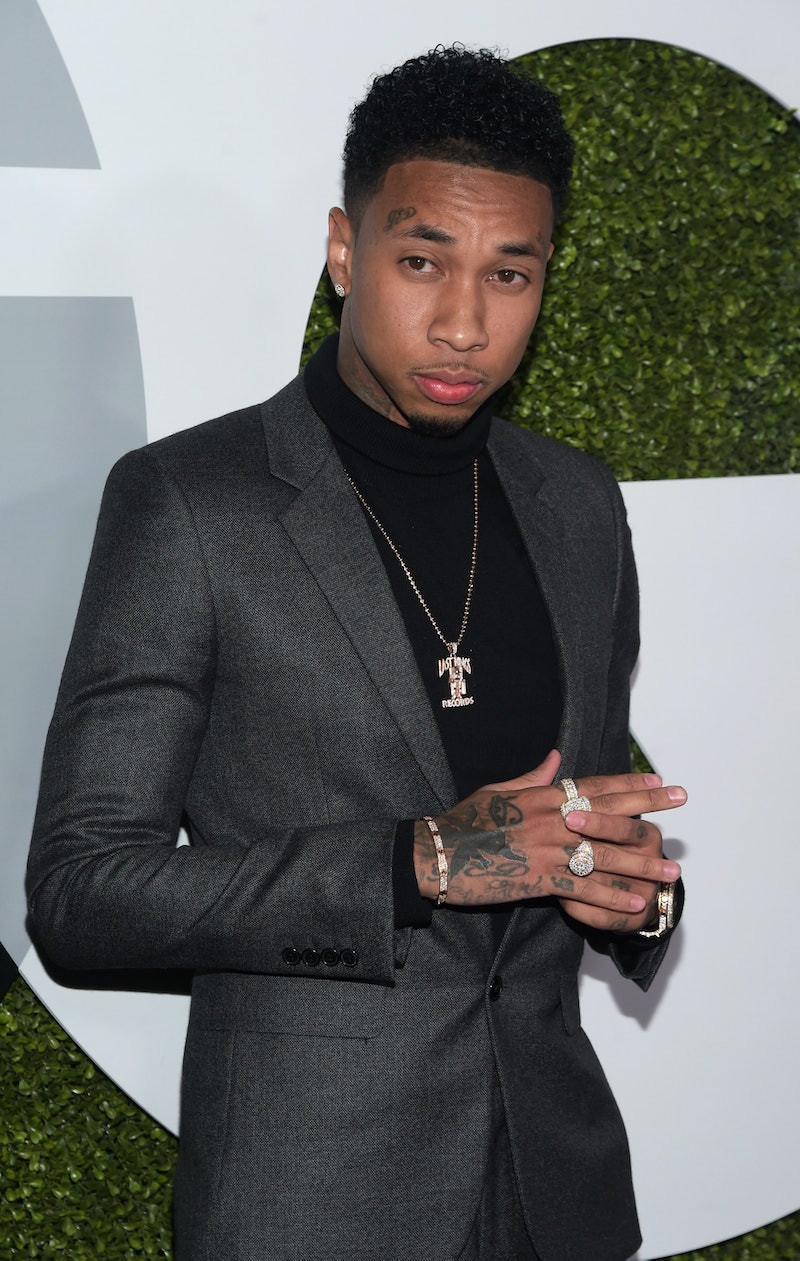 A new dispatch out of Kocktails with Khloe features Kylie Jenner's boyfriend, rapper Tyga, playing a round of f*ck, marry, kill with host (and Jenner's older sister) Khloe Kardashian and Scott Disick. The premise of the round was already pretty contentious. Khloe presented Tyga with his three choices: Kim, Khloe herself, and Kourtney. Tyga responded that he would f*ck Kim, marry Khloe (as any gracious guest would), and kill Kourtney. When Disick, Kourtney's on-again, off-again, currently ex-boyfriend, came up, he responded that he'd "bang you [Khloe], kill Kim for sure, and marry my girl." But then, hypotheticals aside, things start to get real. Khloe's best friend and fellow Kocktails guest Malika Haqq asked Tyga about his future plans with Jenner.

"Would you really marry Kylie?" she asked. He responded almost immediately (and far faster than he'd replied to the initial fuck, marry, kill round): "Yeah, for sure," he said when put on the spot. "Y'all know that." I can't help but wonder, was Kylie watching as he said that? Their relationship has been up and down — and filled with gossip, including allegations that Tyga had tried to reconcile with his ex Blac Chyna late last year — since Kylie started popping up on the rapper's Instagram in October 2014. But Kocktails with Khloe is all about juicy revelations dished out at a star-studded dinner party, so Tyga's confession is perfectly in line with the show's tone.

Of course, earlier today, the youngest Jenner wrote on her website, "I feel like I really need to find myself this year and have a relationship with myself," according to People Magazine. So basically the exact opposite of what Tyga said. Not going to read too much into this.