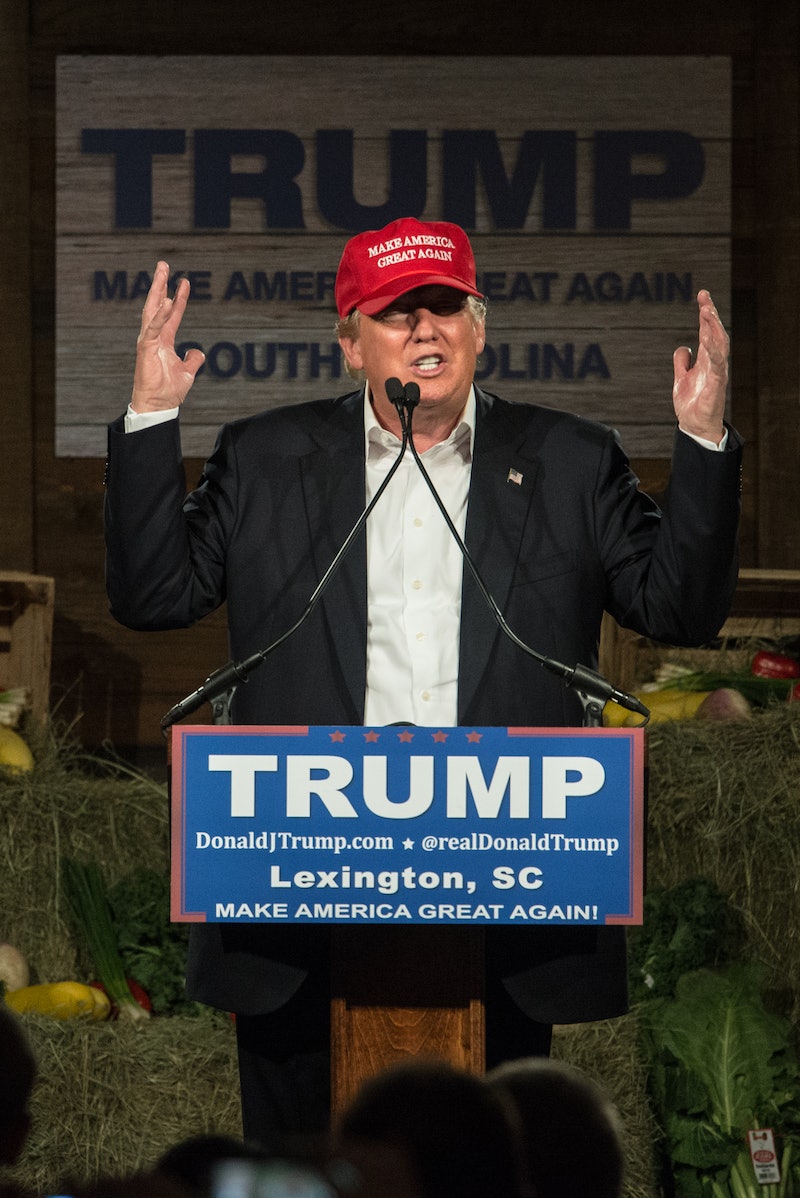 In case — by some mysterious means — you haven't heard, Donald Trump abstained from Thursday night's GOP presidential debate. Naturally, that somehow means most people still had Trump on their minds, and his name nonetheless rested uncannily on the tip of society's collective tongue. And oh, there were Trump GOP debate memes — even though he wasn't even there — out in full force.

Some might wonder how that is possible, considering the fact that he instead chose to hold a fundraiser, "Special Event for Veterans," at Drake University in Iowa, as opposed to enduring the sharp questions of his Fox News nemesis, moderator Megyn Kelly. She is the reason, after all, that Trump elected to sit this most recent debate session out. Of course, The Donald isn't afraid of Kelly; he just simply feels she has a bias against him, stating:

Megyn Kelly's really biased against me. She knows that. I know that. Everybody knows that.

Well, apparently we all know this — or at least we should, according to Trump. Did his decision to sit out this final debate before the Iowa caucuses ultimately affect his standing as the GOP front-runner? Looking at it all unconventionally, Thursday night's debate memes may reveal the answer.

And take a look at this series of greats:

At this point, if Americans wish to see The Donald in further debates, the nation will have to hope he is feeling so inclined come the weeks following the Iowa caucuses. In the meantime, there are plenty of memes to keep America entertained.