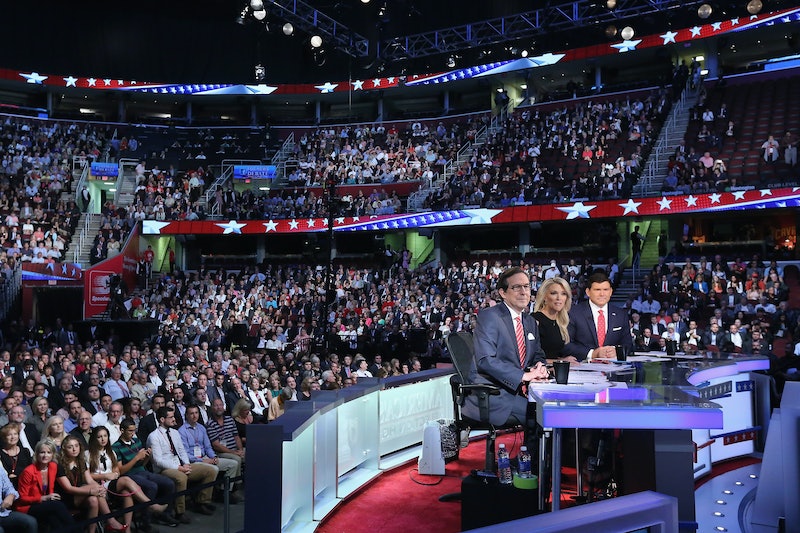 Thursday was the night the nation anticipated for, well, weeks. Yes, that's right, the final Republican debate in Des Moines, Iowa preceding the Iowa caucuses on Feb. 1 took place and the United States — like the exhausted group of friends with that one relentless friend who always invites himself — was finally able to get a break from the flamboyant antics of Donald Trump. Although Trump decided to instead host a fundraiser for veterans, the U.S. was not exempt from him entirely, as Thursday night's GOP debate memes and tweets hilariously included him.

Although there were certainly worries for the Fox News community and viewers about the absence of Trump and the implications therein, the debate carried on without a hitch — and with plenty of mention of Trump. Even Republican candidates found themselves in those inevitable situations of word vomit, unable to help themselves from speaking of he-who-should-not-be-named-when-voluntarily-sitting-out.

It goes without saying that when memes and tweets are telling half of the U.S.' current campaign story, it's probably a pretty funny story. Expect things to come to a head, however, as the Iowa caucuses and New Hampshire primaries are just around the corner!

More like this
Twitter Is In Utter Meltdown After 'Derry Girls’ “Poignant” Finale
By Sam Ramsden
Twitter Can’t Get Enough Of The WAGatha Christie Trial
By Nola Ojomu
Twitter Got *Very* Emotional Over 'The Split’s “Perfect” Finale
By Sam Ramsden
What Is “Night Luxe?” Breaking Down TikTok’s New Aesthetic
By Courtney Young
Get Even More From Bustle — Sign Up For The Newsletter