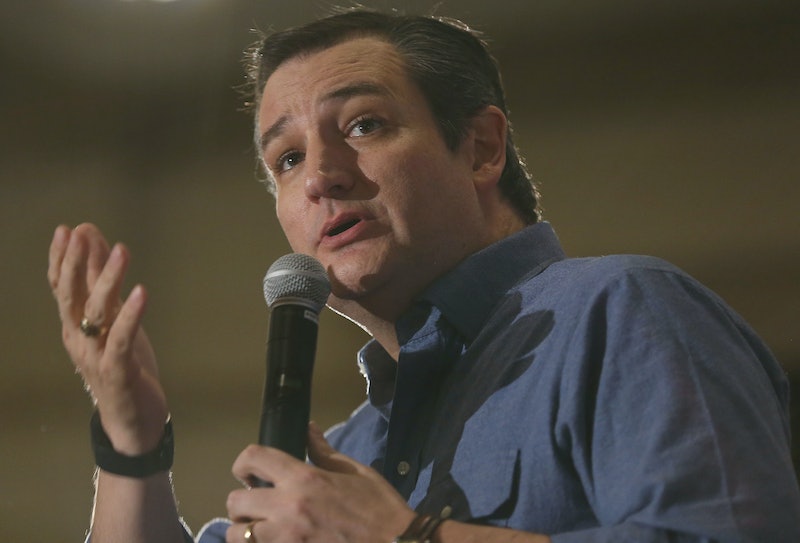 During a particularly harrowing moment in the seventh GOP debate, Ted Cruz came down on the Fox News moderators, most notably Chris Wallace. The Texas senator criticized their fairness in questioning, insinuating that he had been repeatedly attacked and overlooked. As his comments continued to escalate, Ted Cruz threatened to leave the debate stage. Cruz said:

Needless to say, the comments weren't well-received by either the audience at the Iowa Events Center in Des Moines or Wallace and his fellow moderators. Cruz was outright booed following his diatribe in which he insinuated that he had been repeatedly attacked. The fact that Wallace pointed out that the candidate was, in fact, engaged in a debate especially rubbed Cruz the wrong way, it seems. During such a critical event as the final GOP debate before the Iowa Caucus, Cruz appeared to have shot himself in the foot.

Cruz had the opportunity to continue stoking his momentum and instead pulled a move that appeared to be straight out of the Donald Trump playbook. Watching the candidate appear to self-destruct so startlingly and similarly to that of the Donald paints a stark contrast to his previous ribs against the GOP front-runner. During the opening question of the debate, Cruz mocked Trump with a deadpan impression that he indicated was simply a means to get questioning on his fellow candidate out of the way.

Those critical of Cruz's tactics suggested he hop over to the rally taking place across town in Des Moines that Trump had decided to hold instead of actually showing up to the debate. Oddly, there are already other Republican candidates at the event. Rick Santorum and Mike Huckabee finished their undercard debate on an uninspired note and then hightailed it to the rally, which aims to help wounded veterans in addition to elevating Trump's profile.

The presidential hopeful does appear to be on the rebound, however. His comments on dismantling the Affordable Care Act drew scattered applause and appear to have smoothed over his gaffe for now. It's unclear whether Cruz will make good on his threat to leave the stage were the debate to continue to not go his way.