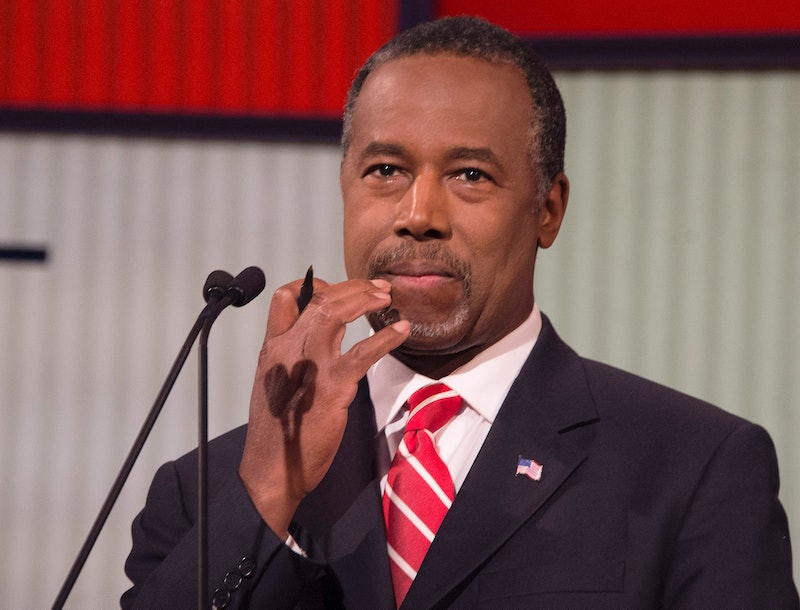 While there might be some debate over who won and who lost the seventh Republican debate, no will dispute that Ben Carson had the best line of the night when he declared that "Putin is a one-horse country: Oil and energy." Let that sink in for a bit, because it'll be a while until you hear a sentence as glorious as that one.

There was more context to it than that, but honestly, do you really need it? Is there any context that could possibly make sense of the phrase "Putin is a one-horse country: Oil and energy"? No, there is not. Like Donald Trump, that sentence exists in a universe of its own, unchanged and unaffected by anything that happens to transpire around it.

All right, all right. Carson had been asked what he would do if, hypothetically, Russia invaded Estonia while he was president. It's a serious question, as a Russian invasion of Estonia could conceivably trigger World World War III, and Carson's initial response made sense. He said he'd increase America's military presence in the Baltics, build a new missile defense system in the region, and continue to arm Ukraine. Fine. But then...

Don't think about that too long, because your head will hurt. Instead, enjoy Twitter's brilliant response to Carson's, errr, proclamation.

There are some sentences that have permanently burned themselves into my brain, and "Putin is a one-horse country: Oil and energy" is one of them. Never change, Ben Carson.