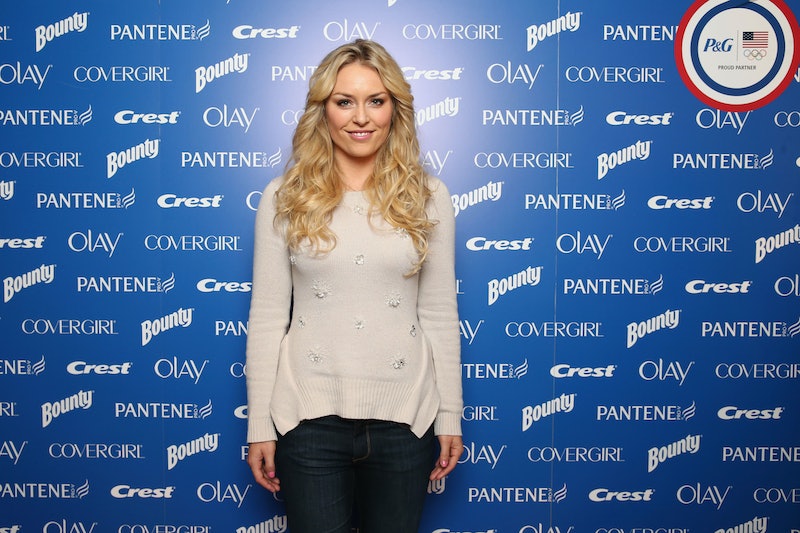 Lindsey Vonn may have pulled out of the Winter Olympic Games earlier this month, but that doesn't mean she won't be involved in some form: According to The Hollywood Reporter, Lindsey Vonn will be NBC Sports' Olympics correspondent during the games next month, at which time she will report for the Today show in NYC.

Vonn was highly expected to participate in the games this year, and up until she dropped out, was pretty much the face of NBC's coverage. Unfortunately, Vonn ended up injuring her knee in November while training in Colorado, which had already been injured previously in Feb. 2013 at the Alpine world championships in Schlamding, Austria. Though Vonn underwent surgeries for that injury, her most recent injury definitely prevents her from participating in the games.

Considering her ongoing rehabilitation for her knee injury, Vonn will not be traveling to Russia for the games to report in the field — instead, she will contribute to the Today show straight from the studio in Manhattan, and "share her unique perspective on the events and the competition from an Olympian’s point of view."

To officially announce her role as correspondent, Vonn is set to appear on Today tomorrow morning to talk more about what it will entail, as well as give an update on her rehabilitation.