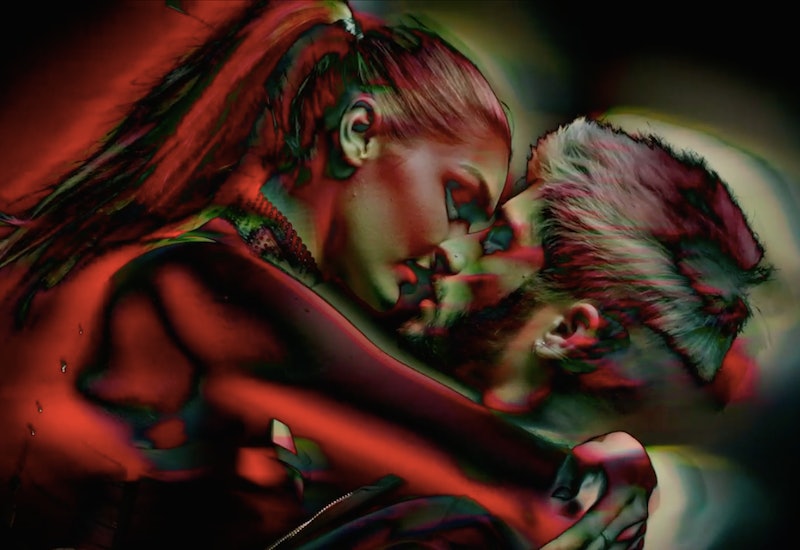 Finally, the day is here where One Direction fans and non-fans can sample the first of the new music that Zayn Malik left One Direction in order to make. There has been much talk about how different Malik's sound is from that of the rest of the band, and he's proving that right out the gate. Malik's first single "Pillowtalk," which was released both as a single and as a music video featuring Gigi Hadid, is the kind of raunchy pop R&B that One Direction would never make. I mean, when those boys stray away from pop, they usually stray into the rock genre — and their songs never really get much beyond innuendo. Not so with "Pillowtalk," which features both swearing and equating women's flowers with vaginas. Yeah, it's that kind of music video. It's for that reason that I had to collect the most WTF moments from the "Pillowtalk" music video, because I've seen it several times and I still have no idea what I just watched.

No, seriously, I can't even begin to guess at what was going on in the mind of Malik during the entirety of this music video, because it's kind of a psychedelic, symbolic journey through... sex and love and relationships and I don't even know what. Mostly, I just tilt my head and press replay over and over again, scratching my head and focusing on the amazing beat rather than any of the artistic images I'm being shown. Because you can certainly tell from this video that Malik is an artist all right. Let's look at some of the weirdest moments together, shall we?

1. When There Was A Flower In This Woman's Vagina

Perhaps he's been looking at some Georgia O'Keeffe paintings lately?

2. When Everyone Kept Melting

I'm not really sure what this has to do with the song. Are they melting or disappearing?

3. When Zayn And Gigi Made Out In Smoke Made Of Their Own Bodies

Because... their relationship is a haze?

4. When She Was Screaming

Maybe she's tired of his constant dyeing of his hair? I don't even know.

5. When There Were All These Women

Seriously, what is happening?

6. Lucy In The Sky With Diamonds?

7. The Woman In The Wall

Is there symbolism in the stripes? Is she trapped in a stripey relationship?

This shot would make a great idea for a movie. Make this happen for me, Hollywood.

My question is why is it on her neck?

Is this evoking some Virgin Mary crying blood type imagery?

I am having nightmares tonight, goodbye.

What are they waiting for? What do they want? What?

This could be a painting on its own. As part of a music video, I don't get it.

15. The Paradise On Her Collarbone

Combined with the warzone on her neck, I'm just alarmed at what this shot is trying to say.

16. This Cute Shot Within The Madness

WHY WASN'T THE WHOLE MUSIC VIDEO JUST LIKE THIS?

Stop looking so casual about making my brain explode, damn you.

Check out the video and try to make sense of it below.