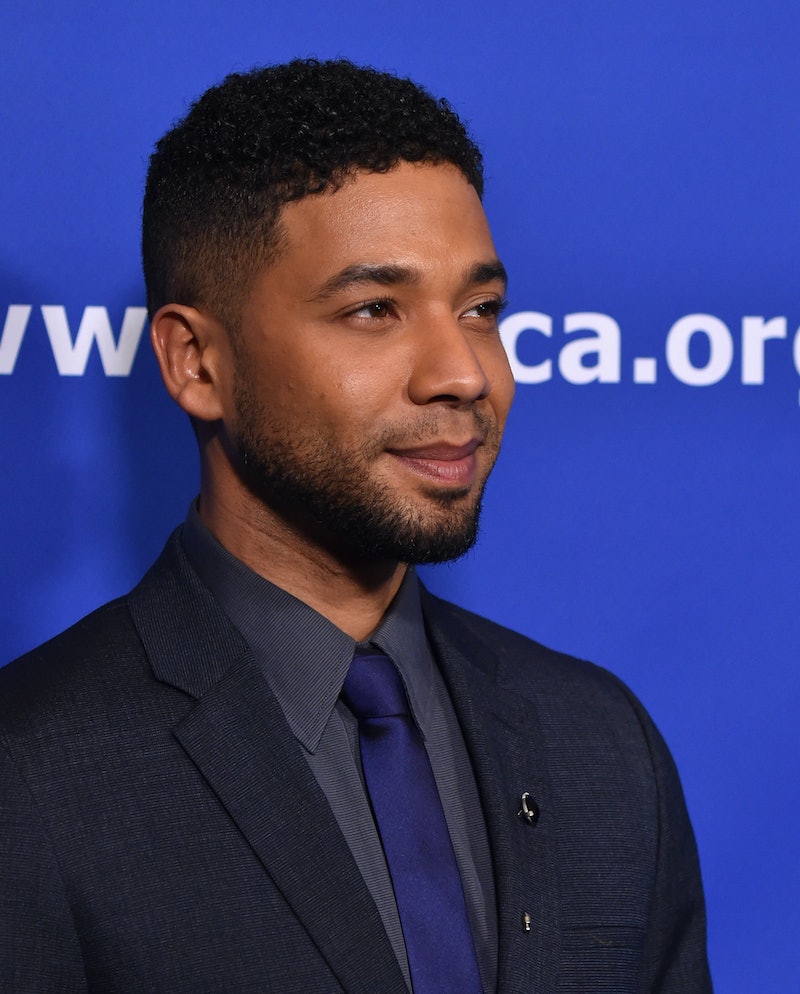 If you somehow haven't noticed, we live in a sexuality obsessed culture. The way people see us if often more about what we are than who we are, and in a new interview with Out Magazine , actor Jussie Smollett speaks to that notion. The Empire star candidly talks about being gay and what it means to him, and what's so enlightening is the effortless eloquence in his words and how he looks at and treats sexuality as a non-issue.

He told the magazine he has always been upfront about his sexuality. He just, understandably, wasn't shouting it from the rooftops. He explained how he had both directly admitted to being gay to a French magazine when he was lesser known and more publicly, and more indirectly, done so in an interview with Ellen DeGeneres, but that "it was a much bigger deal for other people than it was for me." I think that sentence says it all. It's not a big deal. For him, being gay is just a part of who he is.

That said, he does elaborate on his sexuality to the publication. You see, even though he identifies as a gay man, he is not restricting future partners to any gender, if that's where his life takes him. His mantra being, basically, that love is love.

I am a gay man with an extremely open heart. God, I’ve never had to talk about this, so I’m trying to find the words. If I had to label myself, I would label myself as a gay man. With that said, I believe that love is the only thing that matters, and I would hope that anybody would leave themselves open — not to gender, but to love. I would hope that people would not close themselves off from what could be if, lo and behold, you meet somebody that just sweeps you off your feet, and you just can’t do anything about it. If we truly believe that we are born this way, then why do we try to stifle the way we were born? If I fall in love down the road with a woman, I’m going to love that woman.

While he thinks sexual fluidity is possible, he explains that his openness does not dismiss the sexual identities of others. Being hypothetically open to both men and women is how he feels, not what he thinks is the case for everyone. He insists that his main goal in speaking on the topic is helping people better "understand each other."

Case in point, he goes on to say,

What I gather from Smollett's proclamation? That we all could benefit from staying in our own lanes when it comes to judging others for their relationships. But I think that he is far from throwing shade here. Honestly, more than anything, love itself, both romantic and platonic, really does seem to be his life focus:

Now, I know that that is most definitely a stance that we can all understand.