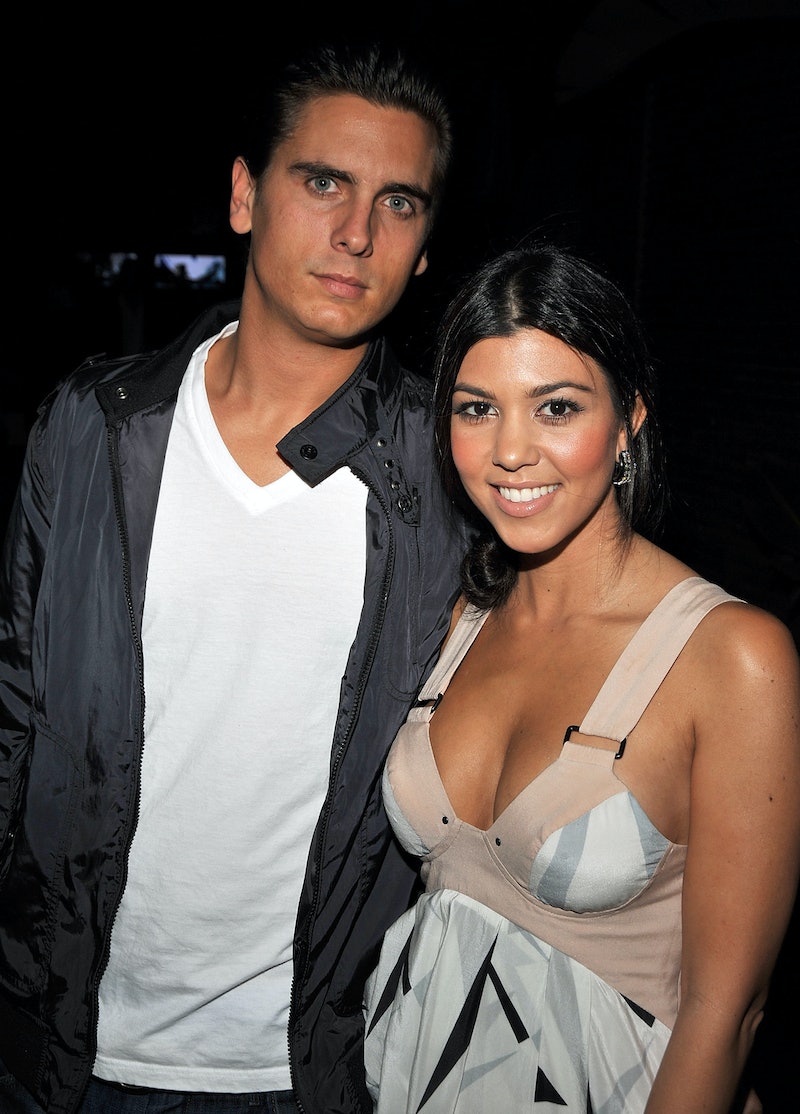 It should come as no surprise that Kourtney Kardashian and Scott Disick's relationship manages to be subject to intense tabloid speculation and scrutiny as fans of the couple are still holding out hope that they'll reunite someday. With Kardashian continuing to make waves with the rumors of her fling with Justin Bieber and the latest crazy rumor that Disick is actually hooking up with Kanye West's ex, Amber Rose, it seems like things are constantly changing between these two, and it's hard to keep up. And Kardashian didn't make things any easier when she posted a throwback shot of herself and Disick on Instagram in honor of #FBF (ahem, that's Flashback Friday, if you weren't aware).

Kardashian and Disick started dating all the way back in 2006, so of course they have tons of history together. Plus, after having most of their highs and lows well-documented on Keeping Up with the Kardashians, it makes sense that people want to analyze every situation about them to find a hidden meaning. But I really don't think there's much going on here, other than a cute photo to bring on some nostalgia.

In the picture, the former couple have on their best goofy faces, and Kardashian captioned the snap: "#FBF with the baby daddy before he was a baby daddy."

I don't think this signals anything too deep, given what we've heard about their status as a couple lately. On a recent episode of Kardashian's sister Khloé's show Kocktails with Khloé , Disick was forced to choose between the Kardashian sisters in a game of "F*ck, Marry, Kill" and he said: "Bang Khloé, kill Kim and marry my girl." But, I mean, obviously he's going to say that: She's the mom to his three children. Wouldn't it be a little weird if he answered any other way?!

Also on the show, he said that right now, he's simply focusing on being "a good dad." He said, "The only thing I’m trying to focus on is just calming down, and just focusing on the kids," which is all he needs to be doing right now.

To further the point, on a recent appearance of The Ellen DeGeneres Show , DeGeneres flat-out asked Kardashian if she and Disick were together at the moment, and she said, "We’re not together. I feel like every day is different, but we’re totally getting along. Like, we have three beautiful kids together … He’s family. He’ll always be."

It seems like they are both in a great place, focusing their energy in an admirable spot: the well-being of their adorable kids Mason, Penelope, and Reign. Still, we'll always hold out hope...