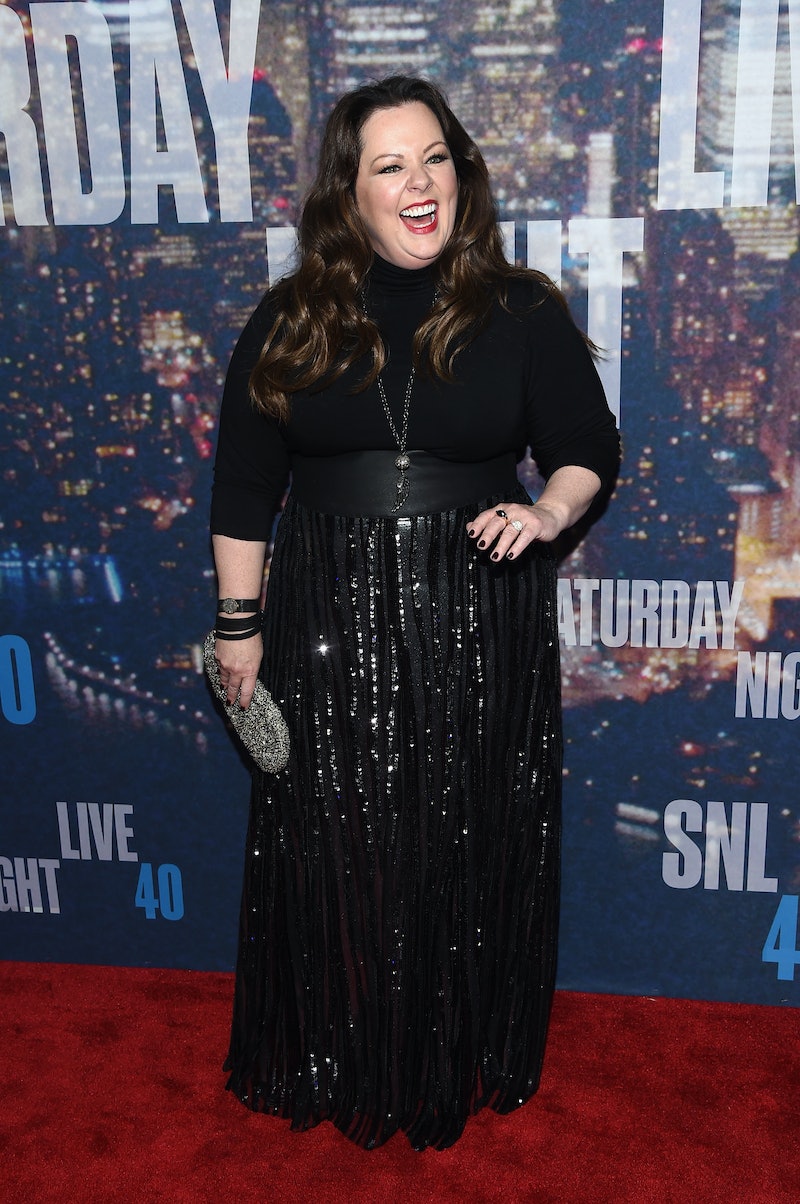 Would you be an absolute dear and strap my fainting couch to a dolly and promptly wheel it over to my desk? Please? Because I have some serious fainting to take care of. The reason? Oh, it may or may not have something to do with Melissa McCarthy and Kanye West being on the same episode of Saturday Night Live (h/t TVLine.com). [Peers over eyeglasses à la Miranda Priestly.] That's all. Friday, NBC tweet-announced that on Feb. 13, comedic genius Melissa McCarthy will host and musical genius Kanye West will musical guest on the long-running series. Consider me overwhelm’d, for this is too wondrous a pairing for my feeble heart.

Unless you've deliberately avoided the seminal show altogether for the past decade, you know that neither McCarthy nor West is a stranger to the Studio 8H stage; the Spy star has hosted the sketch comedy series three times, and the “No More Parties In L.A.” rapper has appeared on six different episodes. But wait, there's more! Both were featured in last year's 40th anniversary special. And on Feb. 13, the two greats will rule the small screen together once again.

Why does this specific duo have me so, as SNL character Linda Richman would say, verklempt? Uh, I think this answers that question:

And so does this:

Could I do this all day? Yeah. But I'm not going to. Instead, I'm going to end on this divine note:

The McCarthYe episode is only two weeks away. I recommend that you spend that time preparing your heart, mind, and soul accordingly.