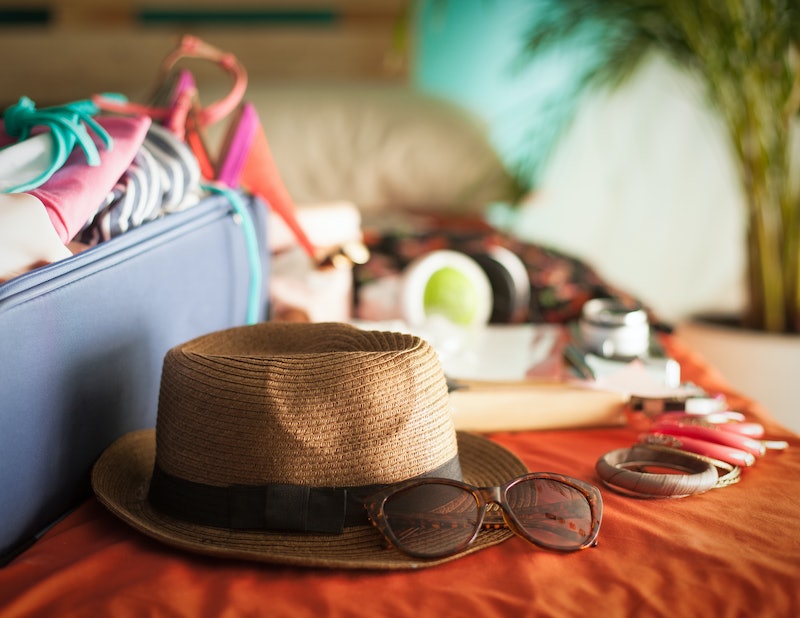 One of the main reasons I don't travel more often is because of the flying that is inevitably involved. And yes, OK, a big part of that is because I'm terrified of flying, but it's also because flights are so expensive. You could find an amazing deal for a hotel, but then use all of that saved money on airfare. It's beyond frustrating that such a common means of transportation is so pricey, but the good news is that, if you look hard enough, you can get cheaper flights no matter where you're going. There are actually a lot of secret ways to get cheaper airfare that not enough people know about — that needs to change!

Maybe you're wondering, "if there are so many secrets, then why aren't more people taking advantage of them?" Three reasons: One, because they're secrets, which means not everyone knows them. Two, because it requires a little extra work, and not everyone has the time. Three, because a lot of people are lazy and don't want to go through all of the steps to scoring some serious airfare deals. But the extra work is worth it — wouldn't you rather save hundreds or even potentially fly for free (what up frequent flier miles?!) rather than blow your hard-earned cash on an airplane ticket? Here are 18 little secrets for booking cheaper flights to make your next vacation over-the-top amazing.

1. Book your flight on the right day.

The easiest time to book a flight is on the weekend, when you're bored at home and feeling anxious to go somewhere new. Airlines know this, so of course they use it to their advantage, because money. Whenever possible, book your flights on weekdays — specifically Tuesday afternoons around 3 p.m., which is weirdly the cheapest time to book a flight... probably because it tends to be quite inconvenient. But hey, if it saves you some money, it's worth it.

Try signing up for flight deal alerts from JetBlue

2. Get a vacation package if possible.

Sites like Expedia, Groupon, and Orbitz regularly offer vacation packages and getaways. These packages include hotels and airfare (and can also include rented cars), and can sometimes save you money.

3. Apply for a travel credit card.

If you're going to have a credit card, you might as well have one that gives you something besides high interest rates. While every travel card works a little bit differently, they basically all allow you to earn points that can be redeemed for travel purchases like airfare. Some travel cards can help score you deals as well.

4. Use cheap European flights to your advantage.

Flying to Europe? Use their ridiculously cheap flights to save money. Do some research and pick the cheapest European destination you see for your dates. Then book a flight from that destination to your actual destination. It will be a lot cheaper, and can save you hundreds of dollars. Yes, it can be a little annoying, but if you want to travel and save money, it's a viable option.

Check out everyday deals in Europe on EasyJet

5. Fly on weekdays whenever possible.

Flying on weekends is more convenient for anyone with a nine-to-five job, and so obviously airlines use this as another way to take advantage of us by increasing ticket prices for those days. If possible, taking the extra day off of work could save you hundreds of dollars. You could even suck it up and try a red eye flight. And if you have to fly on a weekend, try to do it on a Saturday — that's almost always cheaper than a Friday or Sunday.

Here's a creepy fact — the Internet recognizes when you're searching for a particular flight, and then messes with your head. If you've searched for the same flight a few times, cookies will eventually allow browsers to notice a pattern, and prices will "increase" to try and scare you into buying a ticket before they go up again. Open up incognito windows whenever you're researching flights.

Yes, the Internet is totally creepy, but it's also so useful. Google Flights is an incredibly easy way to browse multiple flights and compare prices to see what's out there.

8. Look at different airports in your area.

Some airports are more expensive than others, and it's not always what you think. For example: I live on Long Island and have easy access to three major airports: JFK, Laguardia, and Newark. When booking flights, I know that, out of those three, JFK is usually more expensive to fly out of (probably because it's more convenient and a nicer airport). I also know that the biggest airport on Long Island is even more expensive to fly out of — because it's closer and easier for Long Islanders. If you really want something cheaper, you may have to go a little out of your way, but it could be worth it.

9. Book as far in advance as possible.

Booking a flight a few days before you leave is a great way to unnecessarily spend a lot of money. Learn from my mistake: I went to Spain last year and bought my plane ticket 10 days before I left. It was $1600, which was more than I spent to stay in Spain. But anyway. Start looking for flights as far in advance as possible.

10. Or at least book six weeks in advance.

On the flip side, I've also heard that you find the cheapest flights six weeks out. I think this refers mainly to domestic flights rather than international flights.

11. Fly out as early in the day as possible.

The first flight of the day is typically the cheapest. Is it a pain in the butt to wake up at the crack of dawn for a cheap flight? Yes, but if you're committed, it just might work.

There are a lot of other airline search options besides Google Flights, which is helpful, but still has its limitations. Kayak Explore allows you to see flights all over on a map, search multiple ones, and pick from others you may not even have thought of.

Figure out the actual cheapest day to buy tickets. Remember how I said Tuesdays are the cheapest day? Well, there are some people out there who doubt that. If you're one of them, you can use the helpful site SkyScanner to find the cheapest day. Go to the site, enter your departure and arrival cities, select "one-way" (doesn't matter if you're flying round trip), click "depart," and then select "whole month" instead of a specific date. This brings up a little calendar that shows you the estimated airfare prices for each day that month. Of course, this tool isn't perfect and is not always 100 percent right, but it's still helpful.

14. Try to avoid holiday travel as much as possible.

Yes, this is an obvious tip, and I know that it can't always be avoided. But if you plan on flying around the holidays, you're going to pay more. Do what you can to fly a few days before or after if possible.

Airline flash deals on your newsfeed may seem too good to be true, and sometimes they are. Please don't ever believe those Instagram scammer accounts that pretend to be major airlines and promise to give you free flights if you follow them and repost something. But these are flash deals that are the real deal. Airlines often use social media for this. They're fast and sell out quickly, so jump on them when you can.

Yes, you can get student discounts on airfare — sometimes. Sites like STATravel can help you find cheaper flights just because you're a student.

17. Investigate all the ways to get airline miles.

Travel credit cards aren't the only way to stock up on airline miles. Even if you don't fly very often, sign up for an airline's rewards program. You can get miles by shopping in airline partner stores, or score deals from emails.

Check out TrueBlue Rewards with JetBlue

18. Use the right search engines.

I told you about some great sites already, but seriously — don't only rely on Expedia or Orbitz. They're popular and they know it, so they can get away with higher prices. Look around as much as possible before buying your ticket. And don't forget to also look on the airline site itself, which often offers deals.