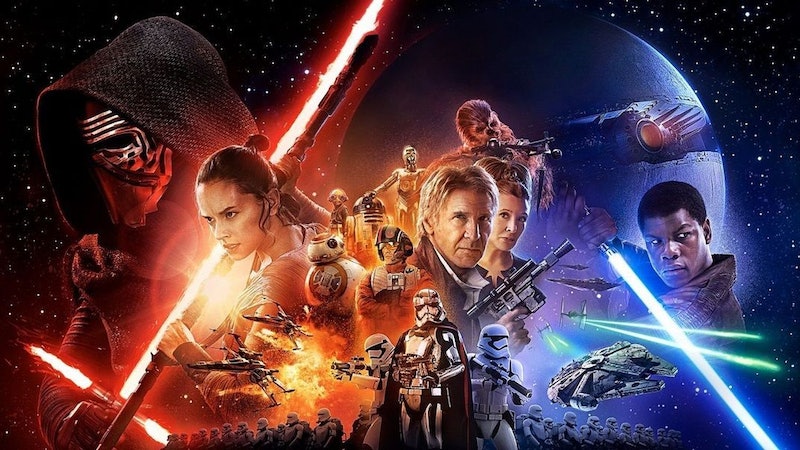 I never thought I'd say this, but I honestly can't wait for Star Wars: Episode VIII. After nearly falling asleep through the first six movies — seriously, no matter how hard I tried, I just couldn't get into them — I went to the theater to see The Force Awakens during opening weekend... and I absolutely loved it. I don't know what had changed, really, but suddenly I very much care about what was happening in the Star Wars universe. I don't know if it's because Rey feels like the first character I could really relate to, because the writing was different, whatever. The point is, I love it, and like the rest of the world, I'm looking forward to what the next episodes will bring. We don't know much yet, but there is talk that Star Wars: Episode IX could shoot in space! Now that I need to know more about.

Colin Treverrow will be taking the helm for Episode IX, which won't be released until 2019 — after all, we won't even get Episode VIII until late 2017, so there's still that to look forward to — and he wants to do something revolutionary by filming parts of the movie on location in IMAX in outer space. He revealed his plans (or at the very least, his dream) during a panel at the Sundance Film Festival, and while he's not technically sure if it will happen in time for the movie's release, he at least knows it's possible!

"I asked the question, ‘Is it possible for us to shoot IMAX film plates in actual space for Star Wars?' I haven’t gotten an answer yet, but they’ve shot IMAX in space!" he said.

Christopher Nolan, who was appearing on the same panel, revealed that Interstellar incorporated IMAX space shots — footage that was taken independent of the sci-fi movie, but was utilized for it nonetheless. So if IMAX shots of space can be taken for documentaries and nonfiction projects and used in narrative movies, why can't Treverrow, at least theoretically, shoot there for Episode IX? It would certainly make an already legendary franchise that much more incredible, that's for sure, and pave new ground in becoming the first narrative film to shoot in space. It's a win-win situation, since the viewing public would no doubt be thrilled to see it.

A similar thing has somewhat been attempted before by space tourist Richard Garriott, who took a flight to the International Space Station in 2008 and shot lengthy footage while there. While some of that footage was revealed in his documentary Man on a Mission, the eight-minute long sci-fi movie he is said to have shot there called Apogee of Fear has remained under wraps due to its use of NASA equipment. That means Star Wars can still hold the honor of being the first full-length feature film to shoot in space. Just the thought has me excited!