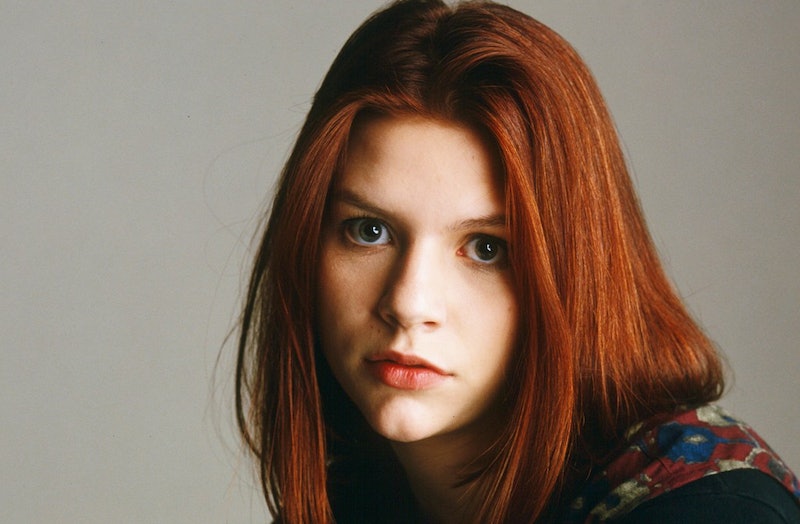 I'm now in my 30s, meaning much of my youth passed by during the Best Decade Ever. Obviously I'm talking about the '90s here, which had some of the best toys, cultural trends, pop music, and especially TV shows. While there's some amazing entertainment in the world now, there will never be another decade like the '90s, and spending my formative years parked in front of the TV, watching the heartwarming, feel good, bordering on corny shows that are still burned in my memory to this day is one of the best things that have happened to me. These shows taught me about love, life, and most importantly, friendship in the most abstract and silly ways — ways which were proven totally false as I grew up but meant the world to me back then.

Sure, there are plenty of shows these days that aim to impart lessons that aren't necessarily applicable in real life, but the '90s was something special. TV standards were (or at least felt) much more innocent. Even serious issues were handled with kid gloves in most cases, and moralizing was high on the list of primetime TV priorities. It was a wonderful era, and while none of my friendships resemble anything that was portrayed on my screen back then, it was still fun to take in the lessons these shows imparted on the topic.

You Don't Have To Know EVERYTHING About Each Other

It's pretty clear that Joey, Chandler, Ross, Monica, Rachel, and Phoebe were all pretty tight on Friends, but that doesn't mean they knew absolutely everything about one another's lives. In fact, no one ever really knew what Chandler did for work. He... worked in an office? And did... things? That didn't mean they weren't all close, it just means that some things don't matter.

Stephanie Tanner had it hard. The middle sister on Full House just wanted to fit in at school, and instead she just got pressured by the cool kids to do things she didn't want to do, from piercing her ears like the Jennifers to even smoking cigarettes with Gia. Obviously, she learned at the end of the day that your real friends won't push you to do things you don't want to do, but it was a lesson that was hard-wrought.

Friends Will Drop Everything Just To Be There For You

Sure, Sex and the City didn't really come around until the late '90s when I was still too young to really be watching and loving it, but the depiction of female friendship was real, and is one of the most enduring to this day. Relationships come and go, but your BFFs will be there for you no matter what, through thick and thin.

Sure, Will might not have been thrilled about having Carlton hanging around him all the time on The Fresh Prince of Bel Air, but when all the chips were down, it was Carlton who had his back and was there to support him every step of the way. They were cousins, but they were also best friends, and their bond was totally heartwarming.

For some reason, it wasn't at all bizarre to me as a kid that Clarrisa's BFF Sam was constantly climbing a ladder right into her bedroom window at all hours of the day and night on Clarissa Explained It All. Of course he was — that's just what best friends do, right? I remember being particularly sad that I didn't have a ladder propped against my window, but then I was grateful that no one could get in and kidnap me, so, y'know.

Sure, Kramer was a total nightmare and if I had him bursting into my apartment unannounced all the time making crazed proclamations, I would not have been happy. However, Seinfeld was in the years before I moved to New York, and the idea of being friends with the neighbor across the hall and going back and forth to each other's apartments all the time seemed inviting (it no longer does).

Your Friends Will Support You No Matter What

To be honest, I can't imagine turning around and having to tell my high school friends not only that vampires were real, but that I was the chosen one who would have to kill them all with a wooden stake through the heart. However, Buffy's friends took it all in stride and not only didn't hold it against her, but joined in to help in the war. Now that's friendship.

Sure, the friendship between Angela and Rayanne on My So-Called Life was ill-fated from the beginning, but the fact that Rayanne knew all of Angela's secrets, particularly her feelings for one Jordan Catalano, but then went out and slept with him anyway was SO messed up, and pretty much the biggest betrayal ever. It just goes to show that even though you think you know someone completely, sometimes they'll really hurt you.

Friendship Can Develop In The Unlikeliest Of Places & Turn Into Love

Sometimes people are put together and they're meant to be enemies, but then they turn into the best of friends and sometimes even more. That's certainly what happened to Mulder and Scully on The X-Files, whose bond goes beyond anything either of them ever have or will experience in their lives.

Sometimes Friends Can Be Super Annoying

No matter how annoyed Laura was by Steve Urkel on Family Matters, he never seemed to get the hint. He constantly turned up uninvited, he was never put off by her repeated rejections, and when she finally decided to embrace all of Steve's annoying ways, he didn't hold her years of mistreatment against her. He was annoying, but he was true blue.

Friends Are The Only Ones Who Can Save You From Yourself

Remember when Jesse got addicted to caffeine pills on Saved by the Bell (LOL, is that even a thing these days?) and couldn't stop taking them because it was the only way she could ever get everything done? It took Zack to intervene and save her from herself before she self-destructed. That's true friendship, right there.

Even if the lessons you learned from '90s TV aren't really applicable today, they certainly seemed profound at the time.